Dave Winchester, 36, broke beds, sofas and chairs as well as getting abused by strangers in the street. 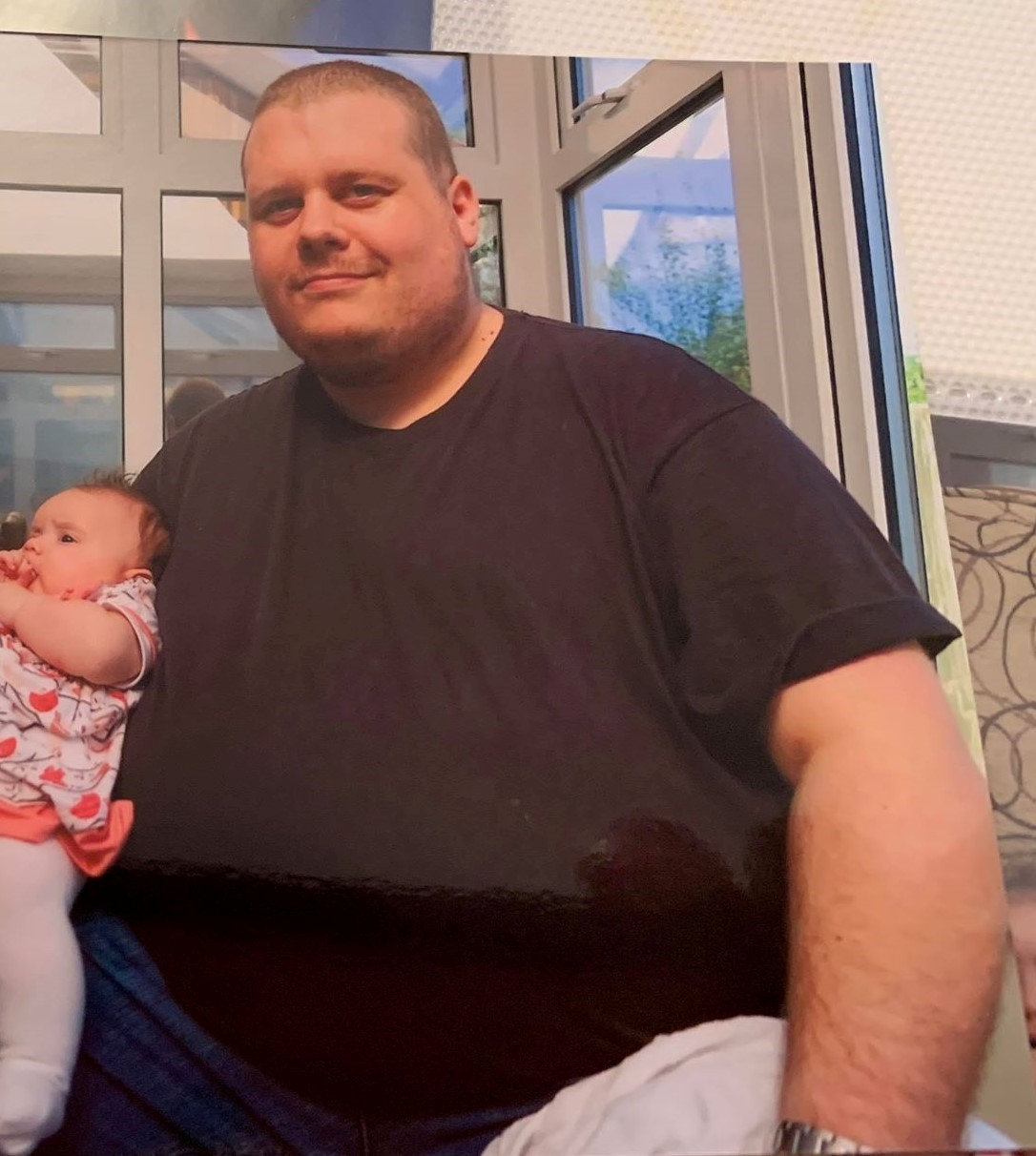 Obese dad of two who found it hard to drive as his belly would get wedged against the steering wheel has ditched more than 200 lbs to be crowned Slimming World’s Man of the Year. (Matthew Newby, SWNS/Zenger)

A father of two who weighed 378 pounds, who found it hard to drive because his belly would get wedged against his car’s steering wheel, has dropped more than 200 pounds to win a crown as Slimming World’s Man of the Year.

Dave Winchester, 36, broke beds, sofas and chairs as well as getting abused by strangers in the street.

But after hearing that his father-in-law’s dying wish was for him to lose weight, he bit the bullet and joined Slimming World and has never looked back.

The data analyst from Kent, in England’s southeast, said he would rarely leave the house and struggled to find clothes online or even drive because his belly would be jammed against the steering wheel.

He also said he wanted to lose weight for years but couldn’t find the right method or motivation until he learned of his father-in-law’s wish in 2018.

Winchester, who lives with his wife Susie, 35, daughter Heidi, seven, and four-year-old Freddie, said: “I knew I had a problem, but it wasn’t until the wake when my mother-in-law told me her husband’s dying wish was for me to join Slimming World that I decided to do something about it.

“He’d been a member of the local Baptist church and had seen the posters for a Slimming World group that was held there.

“I knew he wanted the best for his daughter and grandchildren, so I decided to try and tackle my weight once and for all.”

At first, he was worried he would be the only man and joined just for the online sessions.

He said he was doing well until the pandemic hit when he found bad habits creeping back.

So, when in October 2021 Slimming World opened back up again, he decided to join his local group in Ashford.

He said: “I felt nervous because I had this perception that the group would be really cliquey and full of women and I worried I’d be made to feel even more ashamed for being so overweight than I already was.

“It was nothing like that at all so, so much better than I imagined. I wasn’t the only guy there and everyone I met was so warm and supportive, plus we all had one thing in common – we all wanted to lose weight.”

Men often think that Slimming World is just for women but research shows that men tend to lose more weight than women, as well as boosting their physical and mental health and having more sex.

There are 40,000 men that attend Slimming World sessions each week and 92 percent said they would recommend it to a friend or colleague.

Winchester said: “What I loved about Slimming World was that I could still eat big, hearty portions so I never felt hungry.

“I’ve tried every diet you can think of. Soups, juices, calorie counting… they all worked for a while but I’d inevitably end up hungry and reaching for the nearest quick fix, usually crisps, chocolate, or the takeaway menu.

“So with Slimming World it was amazing to me that I could lose weight and still have a full English and steak and chips.”

He said however that by far the biggest benefit of losing weight has been the impact on his family life, adding: “I finally feel like the dad I always wanted to be.

“Heidi and I went to Park Run together recently and she absolutely loved it. There’s no way I could have done something like that with her before I lost weight. I barely had any energy to play with her at all.

“I hope that her grandfather is proud of how far we have come as a family. We’re all active, happy and healthy and I think that’s the life he wanted for us.”

Lunch: A lunch bowl made of flavored couscous, onion, pepper, sweetcorn and beetroot – served with tuna or beef