The images were obtained from the Ukrainian Operational Command ‘North’, on Wednesday, July 6. 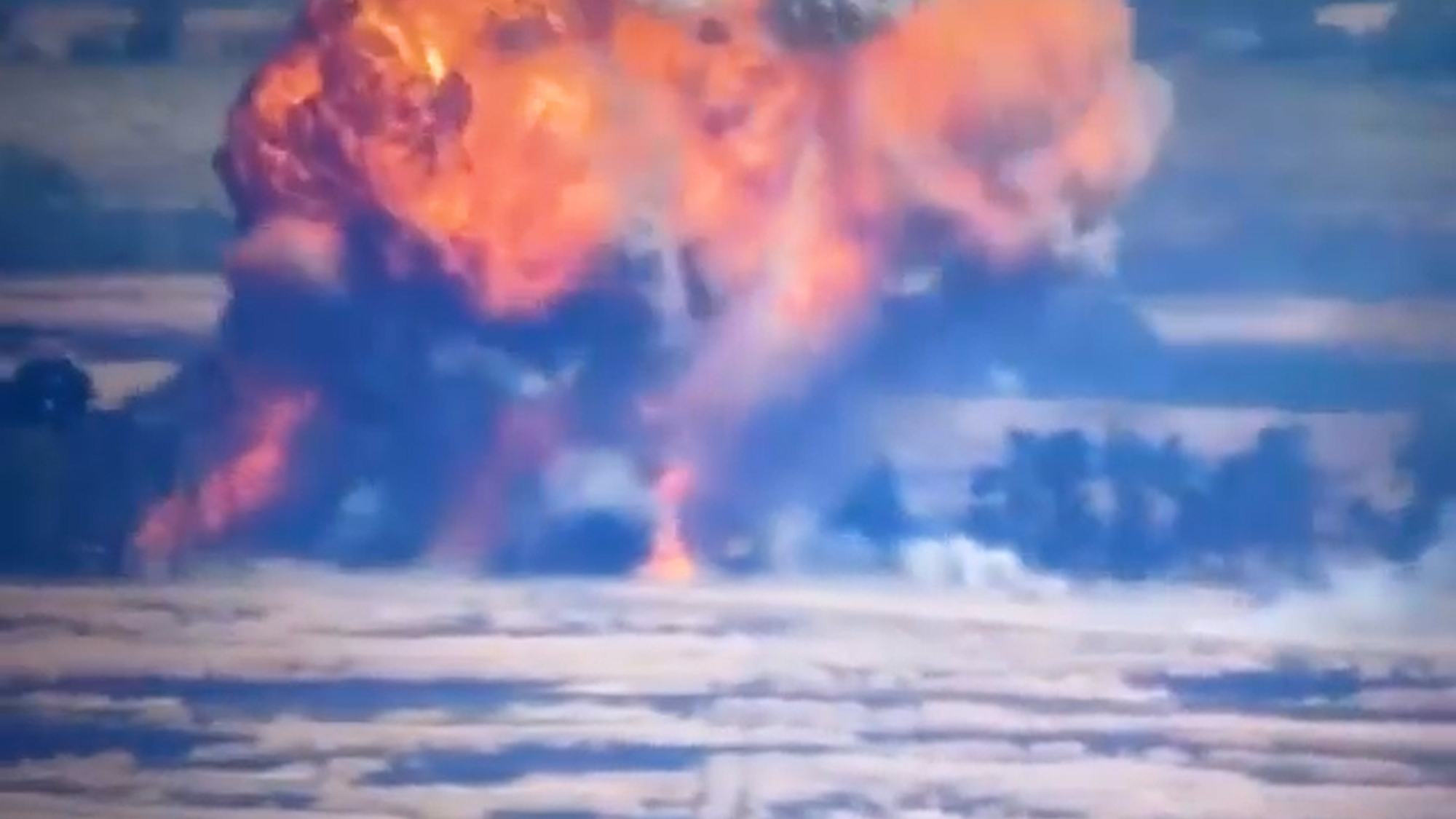 A military unit of the Armed Forces of Ukraine claim that they have destroyed a Russian tank in the steppes of Donbass in Ukraine. (@otupivnich/Zenger).

A turret fell from the sky amid a plume of black smoke after it was blown clean off a Russian tank in what is known as a jack-in-the-box effect, as these images show.

The images were obtained from the Ukrainian Operational Command ‘North’, on Wednesday, July 6, along with a statement saying: “Somewhere in the steppes of Donbas, an enemy tank met soldiers of the Armed Forces of Ukraine and ‘tore off its turret’ out of joy. This is such a short fairy tale.”

They added: “Good morning, Ukraine! Believe in your defenders! Support them! Victory is ours!”

The footage and the statement were also relayed by the Ground Forces of the Armed Forces of Ukraine.

A jack-in-the-box effect is when a tank’s ammunition ignites, causing its turret to be blown clean off. Russian tanks are known to have a design flaw that makes them susceptible to this effect.

The T-72, T-80 and T-90 tanks all feature an auto-loading system that allows them to do without a fourth crew member, making the tank more compact and therefore harder to hit.

But this comes at a cost: if the ammunition compartment is hit, it runs the risk of detonating inside the tank, with the resulting explosion blasting the turret clean off.

Modern Western tank, such as American M1 Abrams or the French Leclerc, to name only two, do not suffer from this problem as they feature vents that can open and channel the explosives, and their explosive force when detonated, away from the crew.

This has two key advantages: increasing the survival rate of the crew and decreasing the amount of maintenance a damaged tank often needs.

We contacted the Ukrainian Operational Command ‘North’ for further comment, as well as the Russian Ministry of Defense, but haven’t received a reply at the time of writing.

Russia invaded Ukraine on February 24 in what the Kremlin continues to call a “special military operation.” Today marks the 133rd day of the invasion.

Russian President Vladimir Putin is pushing his advantage after his forces captured the Ukrainian city of Lysychansk, in the eastern Luhansk region, ordering Defense Minister Sergei Shoigu to continue the offensive.