The images were obtained from the Command of the Special Operations Forces (SSO) of the Armed Forces of Ukraine, on July 5. 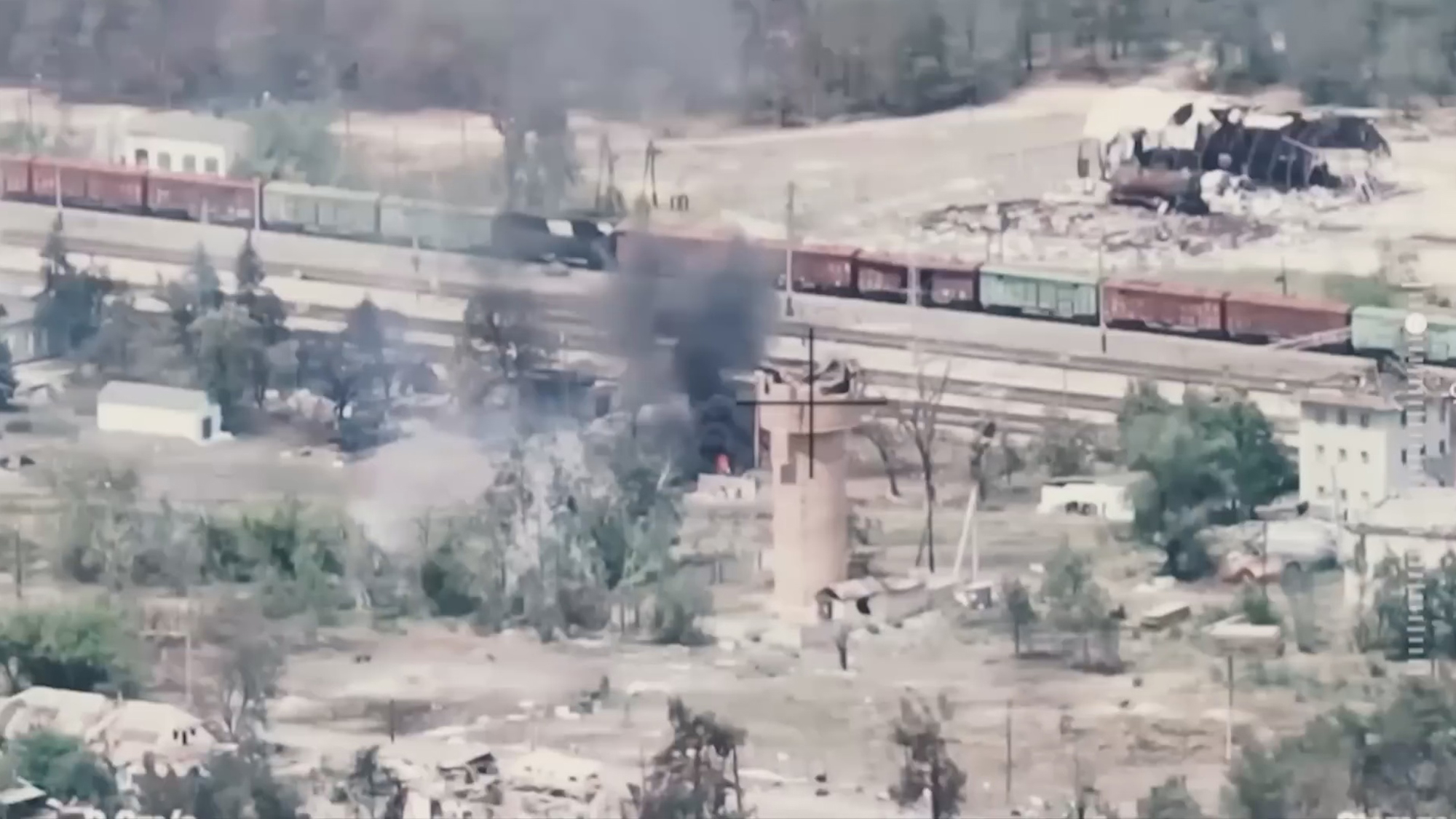 SSO of Ukraine shared that they have destroyed a Russian Uragan anti-aircraft missile system in Ukraine. (SSO of Ukraine/Zenger)

The footage, which appears to have been shot from a drone being used to help the artillerymen pinpoint the location of the multiple launch rocket systems shows the Russian vehicles being targeted and destroyed.

The images were obtained from the Command of the Special Operations Forces (SSO) of the Armed Forces of Ukraine on Tuesday, July 5, along with a statement saying: “Thanks to the coordinated work of the operators of the SSO of Ukraine and a friendly unit of artillerymen, several units of the Uragan MLRS [multiple launch rocket systems] were destroyed.

“The occupiers brought their ‘Hurricane’ MLRS and all the necessary equipment for their operation to a very convenient place for themselves, or so they thought. And as it is, unfortunately, they traditionally prepared to shell the positions of the defense forces. And the most terrible thing is their hunting down of the civilian population.

“Having scouted the location of the priority targets of the enemy’s equipment, the operators of the SSO of Ukraine transmitted several ‘greetings’ from drones and further adjusted the fire of our artillery.”

The images were also relayed by the Chernihiv Regional Territorial Center For Recruitment And Social Support.

We contacted the Command of the Special Operations Forces (SSO) of the Armed Forces of Ukraine for further comment, as well as the Russian Defense Ministry, but haven’t received a reply at the time of writing.

Russia invaded Ukraine on February 24 in what the Kremlin is calling a “special military operation”. July 6 marks the 133rd day of the invasion.

Russian President Vladimir Putin is pushing his advantage after his forces captured the Ukrainian city of Lysychansk, in the eastern Luhansk Oblast region, ordering Defence Minister Sergei Shoigu to continue the offensive.

Ukraine’s President Volodymyr Zelensky has claimed that Ukrainian forces would retake the city “thanks to the increase in the supply of modern weapons.”