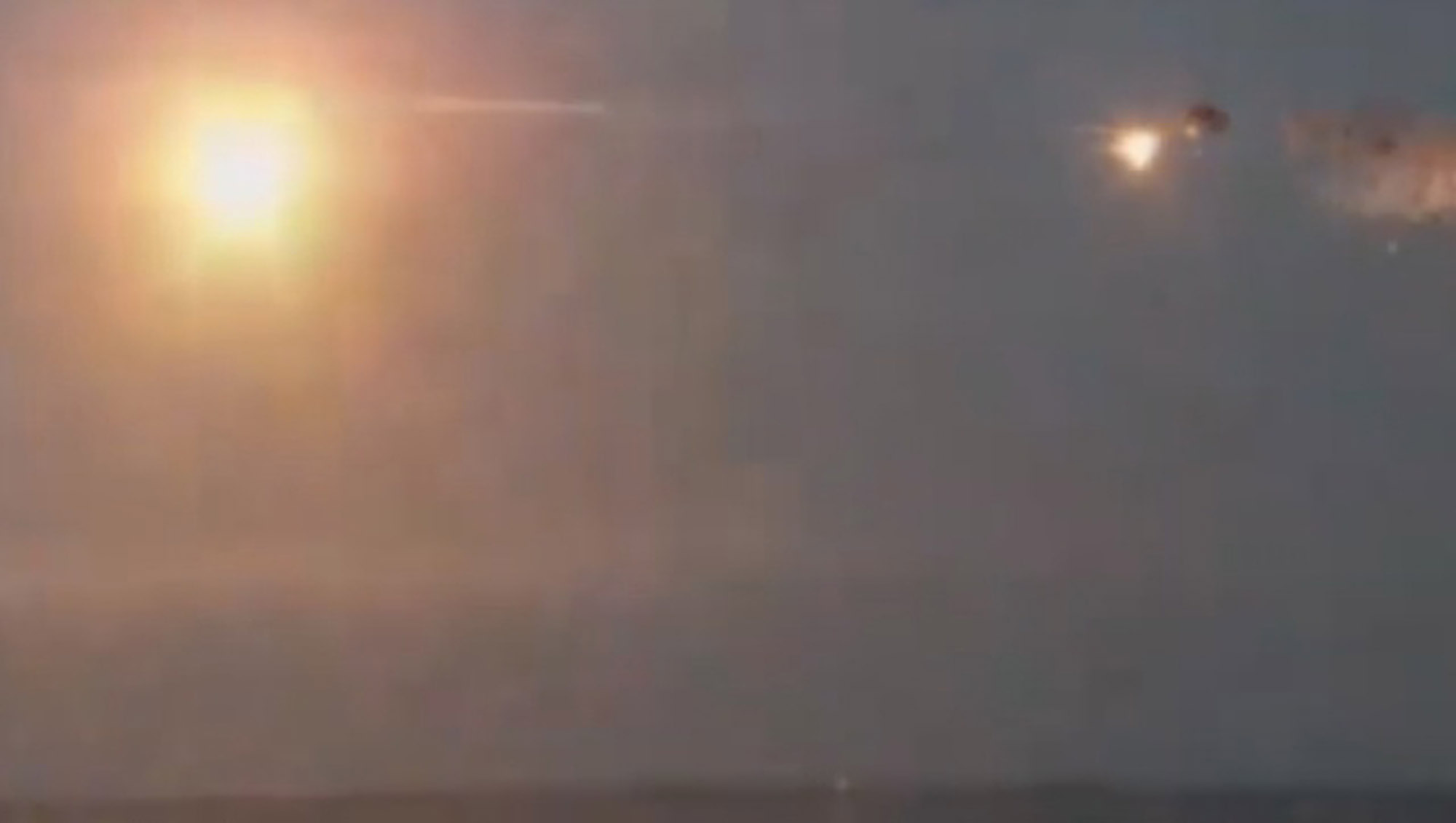 The shoot-down of the Russian missiles by the Ukrainian air defenses in the Dnipro region in Ukraine. (@pvkshid/Zenger)

The air defense systems in operation can be seen on the footage, intercepting Russian missiles mid-flight.

“In general, since February 24 of this year, our air defense system has struck: more than 120 Russian aircraft, about 200 missiles, more than 50 helicopters, more than 200 UAVs.”

The images were also relayed by the Ukrainian Armed Forces’ Office of Strategic Communications (StratCom).

We contacted the Ukrainian Air Command East for further comment, as well as the Russian Ministry of Defense, but haven’t received a reply at the time of writing.

Russia invaded Ukraine on February 24 in what the Kremlin is calling a “special military operation”. July 6 marks the 133rd day of the invasion.

Ukraine’s President Volodymyr Zelensky has claimed that Ukrainian forces would retake the city “thanks to the increase in the supply of modern weapons.”

President Zelensky is negotiating with Turkey and the UN in a bid to secure guarantees for his country’s grain exports. The move comes after Turkish authorities detained a Russian cargo ship carrying grain allegedly stolen from Ukraine. The ship is said to contain over 7,000 tonnes of grain that Russian officials said would be sent to “friendly” countries.