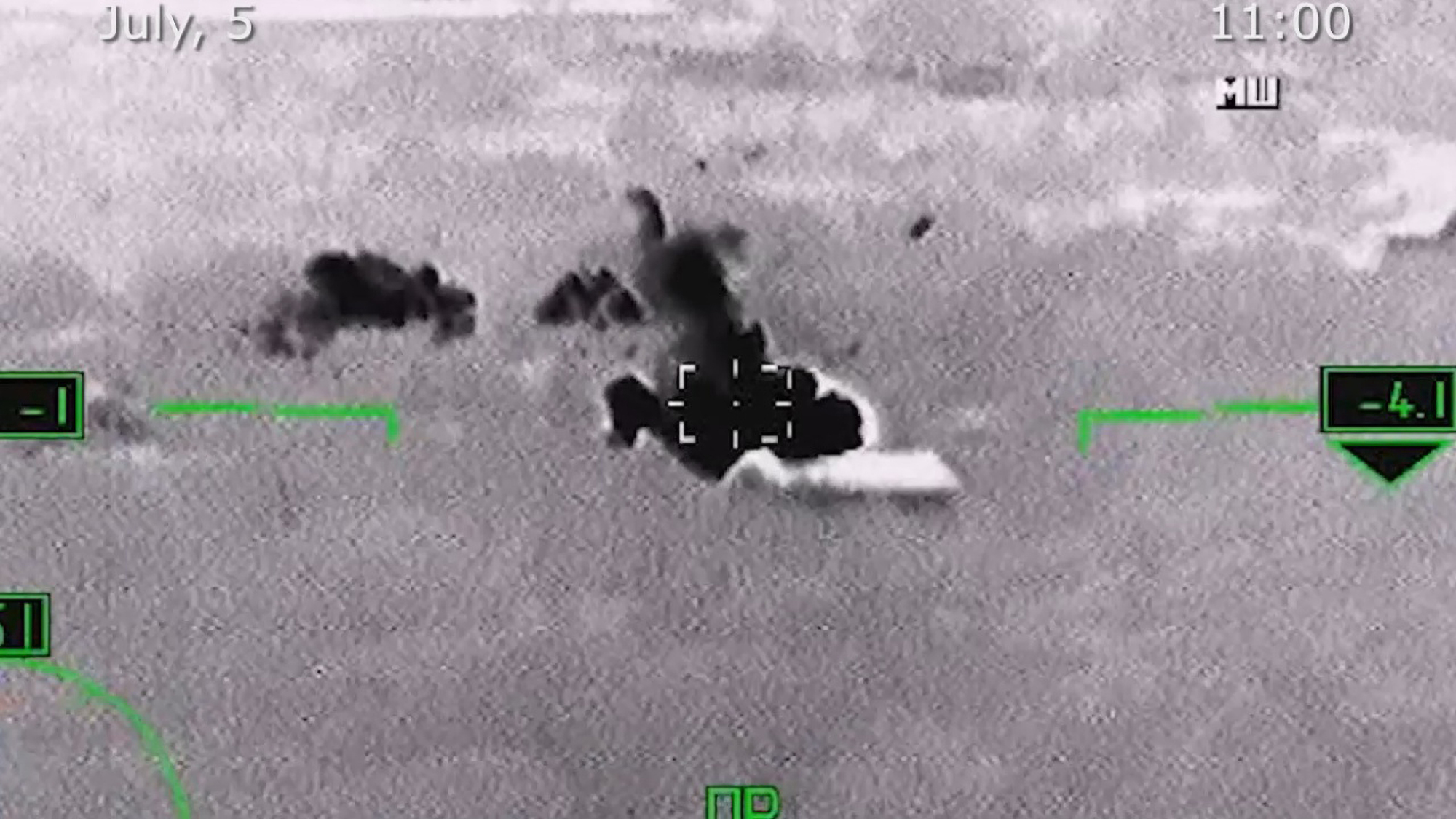 Russia has claimed that it has killed 150 Ukrainian soldiers in “high-precision strikes,” downed a Ukrainian fighter jet and taken out “foreign mercenaries.”

The Russian Ministry of Defense (MoD) made the claims in a briefing given by Lieutenant General Igor Konashenkov, the chief spokesman for the MoD, on Tuesday, July 5.

The Russian MoD released a statement in English, claiming: “The Russian Armed Forces continue strikes against military facilities in Ukraine.

“High-precision weapons of the Russian Aerospace Forces have eliminated up to 150 Ukrainian servicemen and 12 pieces of military equipment of the 93rd mechanized brigade of AFU [the Ukrainian Armed Forces] in Kharkov.

“In addition, high-precision weapons have hit 2 command posts near Zvanovka and Ivano-Dar’ivka in Donetsk People’s Republic, 4 depots of ammunition and missile-artillery weapons near Krasnoye in Kharkov Region, as well as manpower and military equipment of AFU in 18 areas, including a temporary deployment point of foreign mercenaries near Liman in Nikolaev Region.

“Within the counter-battery fighting, 4 Ukrainian artillery platoons of Uragan and Grad multiple-launch rocket systems near Gorlovka, Donetsk People’s Republic, and 1 artillery platoon of Hyacinth-B howitzers near Kirovo, Kherson region, have been neutralized.

“Operational-tactical and army aviation, missile troops and artillery have hit: 3 AFU command posts, 2 ammunition and missile-artillery weapons depots near Bashtanka in Nikolaev Region and Sidorovo in Donetsk People’s Republic, 1 radar station of the S-300 missile system near Shirokolanovka in Nikolaev Region, and AFU manpower and military equipment in 63 areas.

“1 Su-25 aircraft of the Ukrainian air force has been shot down by a Russian fighter jet near Novobratskoye, Kherson Region.

Russia invaded Ukraine on February 24 in what the Kremlin insists on calling a “special military operation.” July 5 marks the 132nd day of the invasion.

Ukrainian President Volodymyr Zelensky has said that his country’s forces would retake the city “thanks to the increase in the supply of modern weapons.”

The Governor of Dnipropetrovsk Oblast region in central-eastern Ukraine, Valentyn Reznichenko, has said that Russian forces targeted the region with seven missiles overnight July 4-5, with Ukrainian forces downing six of them. The seventh missile hit a residential area and damaged homes, with no reports of casualties so far.

The leaders of dozens of countries, as well as international organizations and companies gathered in Lugano, in Switzerland, for a Ukraine Recovery Conference to elaborate a “Marshall Plan” roadmap to rebuild the country after the war.

Ukrainian President Zelensky said in a virtual address that Russia’s war “is not just an attempt to seize our land and destroy our state, but also a worldview confrontation.”