“Using robots and AI for carrying out experiments will be of great interest to the public.” 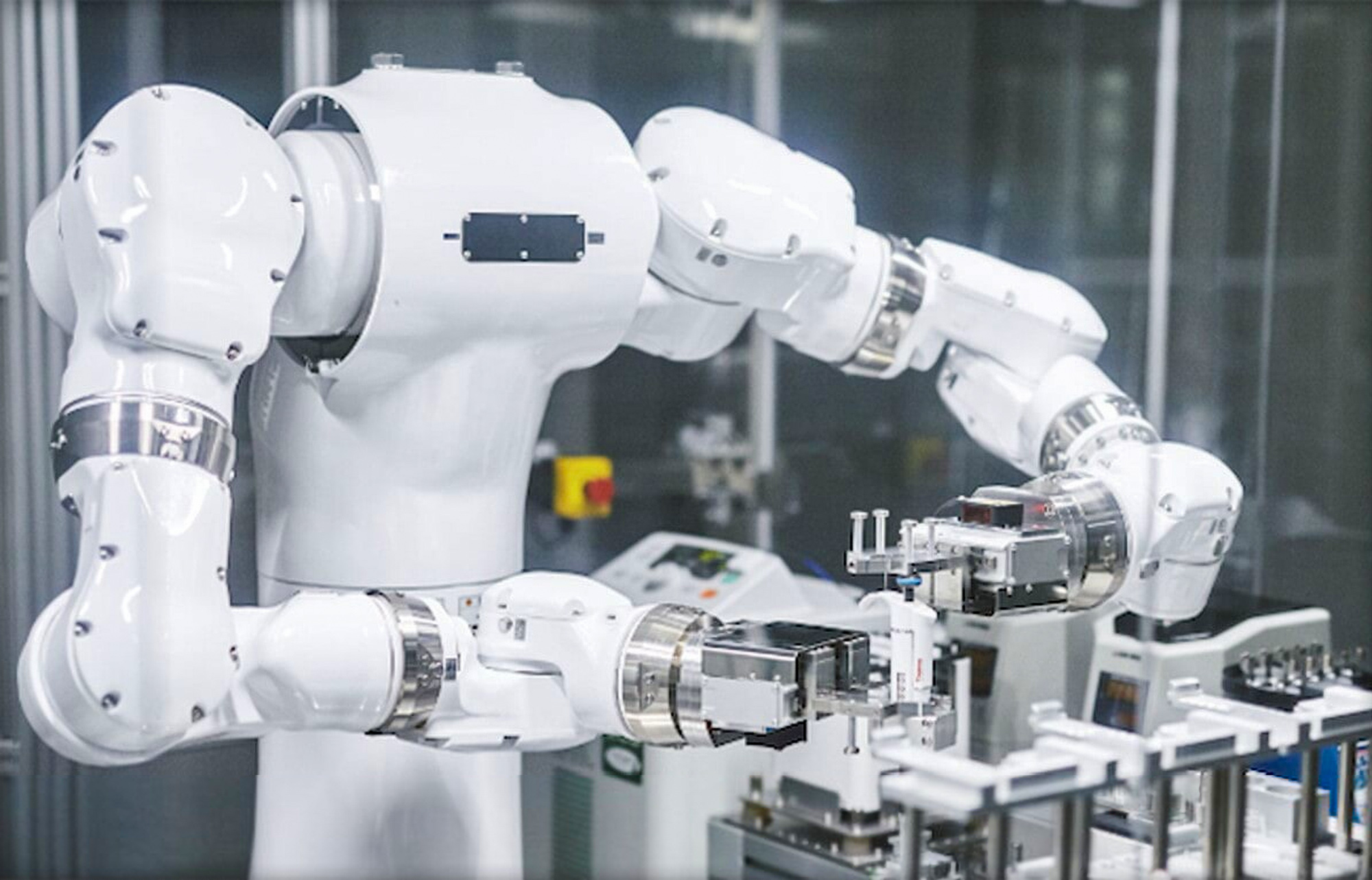 The AI system – known as Maholo – took just 185 days to complete experiments that would have taken humans two and a half years.

In just a quarter of the time, Maholo processed trial-and-error research made up of 200 million possible conditions.

The robot was created by a joint research group at the RIKEN Center for Biosystems Dynamic Research (BDR) in Kobe, Japan, to grow functional retinal pigment epithelium (RPE) cells from stem cells.

The degeneration of the RPE, which is a supportive layer of cells that lies underneath our photoreceptors, is commonly seen in a progressive disease that is the main cause of blindness in the elderly.

RPE transplants have had some clinical success in the past.

The robot continuously repeated a series of exact movements and was able to evaluate results in order to formulate the next experiment.

These cells showed many of the biological markers that would make them suitable for a transplant.

In the case of cell differentiation, the process where stem cells are created from specific tissue, variables include finding the optimal type, dose and timing of reagents.

The success of the new system goes beyond the researchers’ findings as Kanda explained: “We chose to differentiate RPE cells from stem cells as a model but in principle, combining a precision robot with the optimization algorithms will enable autonomous trial and error experiments in many areas of life science.”

Despite this, the study does not aim to replace humans with robots.

Kanda said: “Using robots and AI for carrying out experiments will be of great interest to the public.”

“However, it is a mistake to see them as replacements.”

“Our vision is for people to do what they are good at, which is being creative.”

“We can use robots and AI for the trial-and-error parts of experiments that require repeatable precision and take up a lot of time, but do not require thinking.”