Russia invaded Ukraine on February 24 in what the Kremlin is calling a "special military operation."
By Joseph Golder July 7, 2022
Facebook
Twitter
Linkedin
Email 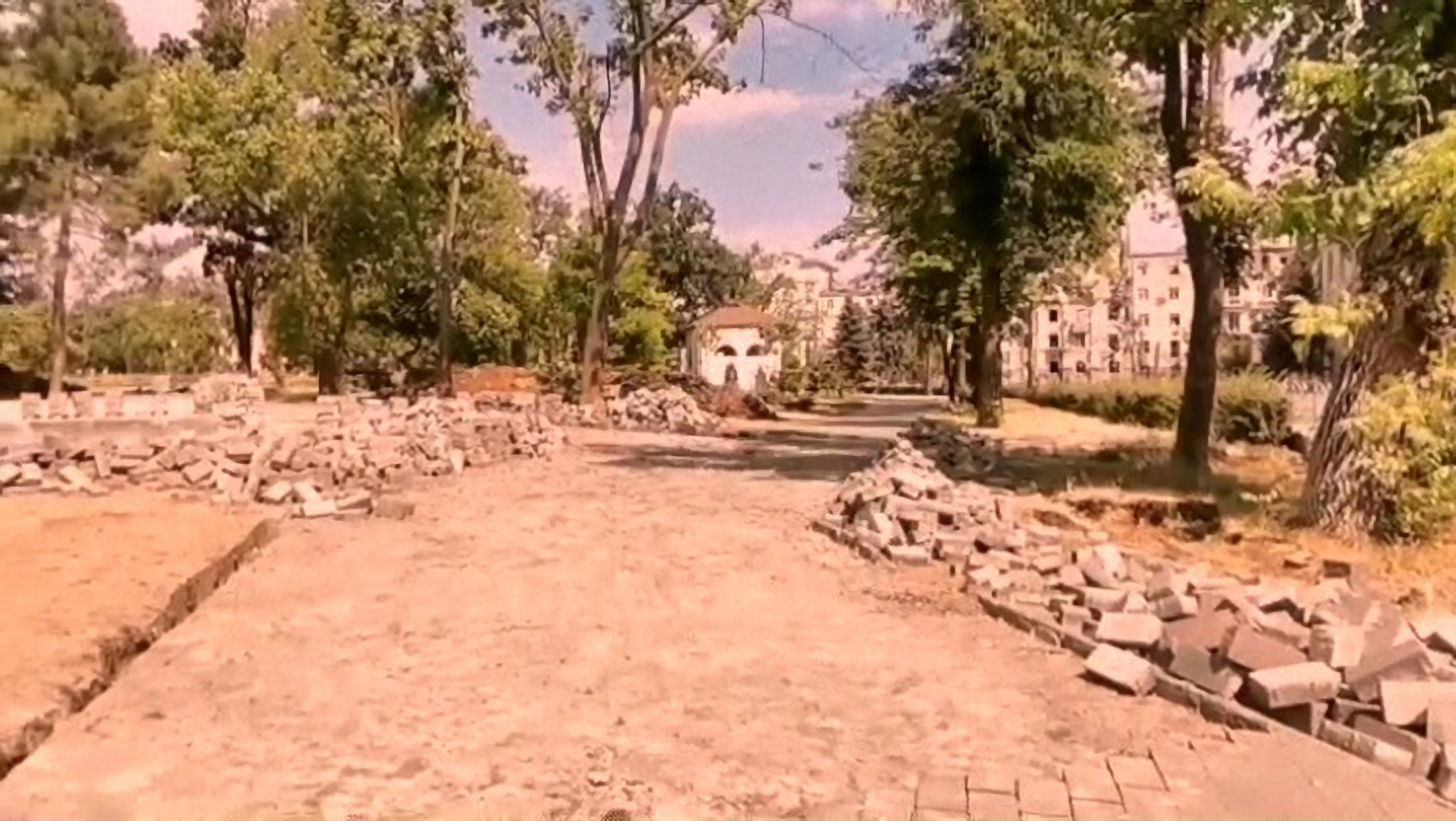 The images show an excavator apparently removing parts of the square near the theatre in the city of Mariupol, in Ukraine. (@andriyshTime/Zenger)

An excavator reportedly ripped up a square in bombed-out Mariupol as Russia begins its “renovation” of the obliterated Ukrainian city by stealing its infrastructure and sending it to Donetsk.

Andryushchenko said: “Looting everything. Loud statements about the ‘renovation of the square near the Drama Theater’ unexpectedly turned into banal theft.

“Taking into account that the square itself miraculously remained intact, the occupiers and Donetsk Gauleiter finish it off more effectively than bombs.”

A Gauleiter was a type of regional Nazi leader. It was the third-highest rank in the Nazi political system after the Reichsleiter and the Fuhrer.

Andryushchenko added: “The children’s playground was dismantled – it was taken away and is already being installed in the center of Donetsk. Now it is the turn of granite tiles. They tear it down with excavators, load it and take it away in the direction of Donetsk.

“In the near future, we will see a renovated street in Donetsk at the expense of Mariupol taxpayers. Medical equipment, ice skating rink, fountain, children’s playgrounds, and here are the tiles… No words.”

We contacted the Ukrainian Ministry of Defense for further comment, as well as the Russian Defense Ministry, but haven’t received a reply at the time of writing.

Russia invaded Ukraine on February 24 in what the Kremlin is calling a “special military operation.” July 6 marks the 133rd day of the invasion.

NATO has appointed Army General Christopher Cavoli as its new Supreme Allied Commander in Europe. He speaks Russian and has a master’s degree from Yale in Russian studies.