The study was conducted in the city of Rostock in the German state of Mecklenburg-Western Pomerania. 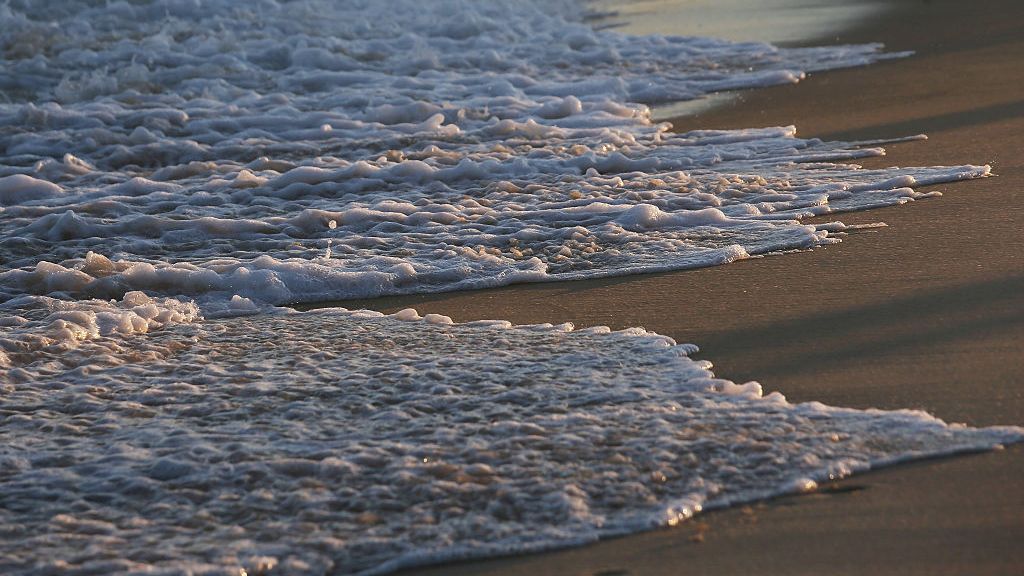 A shocking study of pollution of the Atlantic Ocean’s deep waters has revealed that it soaks up more than five million tons of microplastics each year.

The first-ever observation of long-term records from deep water layers has shown that around 5.4 million tons of the stuff are accumulated in one year.

For the first time, researchers from the Leibniz Institute for Baltic Sea Research Warnemunde (IOW) have analyzed a long-term sample series on microplastic pollution that they obtained from the Northeast Atlantic.

The study was conducted in the city of Rostock in the German state of Mecklenburg-Western Pomerania.

The study – led by scientists Joanna Waniek and Janika Reineccius – involved samples from a water depth of 2,000 meters (6,562 feet) and placed its focus on number, size, material and particle origin evaluation from bits collected between 2003 and 2015 in the Madeira Basin in South America.

The results – which showed that the most common plastic materials were polyethylene and PVC – studied how long microplastics take to sink to the bottom.

Experts believe the results will take science closer to understanding their effect on the ocean.

IOW scientist and lead author Janika Reineccius stated that major knowledge gaps exist about microplastics in the ocean regardless of their presence in every ecosystem on the planet.

Reineccius said: “Yet microplastics are dangerous to the marine environment in many ways.

“Microplastics can adsorb certain toxins and transport them over long distances, both horizontally and vertically.

“A wide variety of organisms ingest such ‘poisoned’ particles, which, on top of that, can significantly limit the intake of nutritious food.”

Study co-author Joanna Waniek – in charge of the Azores Observatory Kiel 276 in the Northeast Atlantic for more than 20 years – added: “Moreover, not all microplastics are the same.”

She explained: “To reach a better understanding of how fast and how much microplastic sinks through the water column into the ocean depths, we need to study not only particle size, but also what material the particles are made of.

“There is an enormous range of chemical and physical properties that influence both, sinking behavior and particle lifetime.

“This, in turn, decisively influences the residence time in the water column and thus the availability to the affected fauna.”

Material collected from sediment traps attached to 5.2 kilometer-long (3.2-mile-long) mooring lines revealed microplastic presence in every single one of the 110 evaluated samples.

The study heads explained that between one and about 3,000 plastic particles sink into the Atlantic deep-sea per day in just one square meter.

Reineccius said: “Extrapolated to the entire Atlantic, this equates to an input of about 5.4 million tons per year.”

Waniek added: “The maximum amount of microplastics can account for up to eight percent of the total sinking material.”

Additionally, they found out that the composition of polymers changed considerably between sampling years, but polyethylene always accounted for at least 70 percent in all samples, while PVC with 20 percent was the second most common.

All other polymers occurred in significantly smaller amounts.

The researchers suspect that the rock dust and plastic particles were transported through the atmosphere from northeast Africa and the surrounding regions, while no corresponding correlation could be confirmed for the second most common polymer, PVC.

Reportedly, a seasonal dependency with high winter inputs and significantly lower quantities in summer could be found, which according to the scientists is due to seasonal factors.

“Our analysis is the first study worldwide to show a time series of marine microplastic pollution and thus is a very important first step to understand the origin and transport pathways of different microplastics into the depths of the open ocean.”

The study was published in the international peer-reviewed journal Environmental Pollution on April 20, 2022.

«Previous Post
Golden Generation: Girls Inspired To Take Up A New Sport When Watching Female Athletes In Action»Next Post
Against The Odds: Doctors Shocked By A Mother’s Recovery After Removing Massive Brain Tumor