Suzanne Davies, 44, was diagnosed with a glioblastoma multiforme brain tumor in 2014 after mistaking her symptoms for hay fever.
By Darko Manevski July 7, 2022
Facebook
Twitter
Linkedin
Email 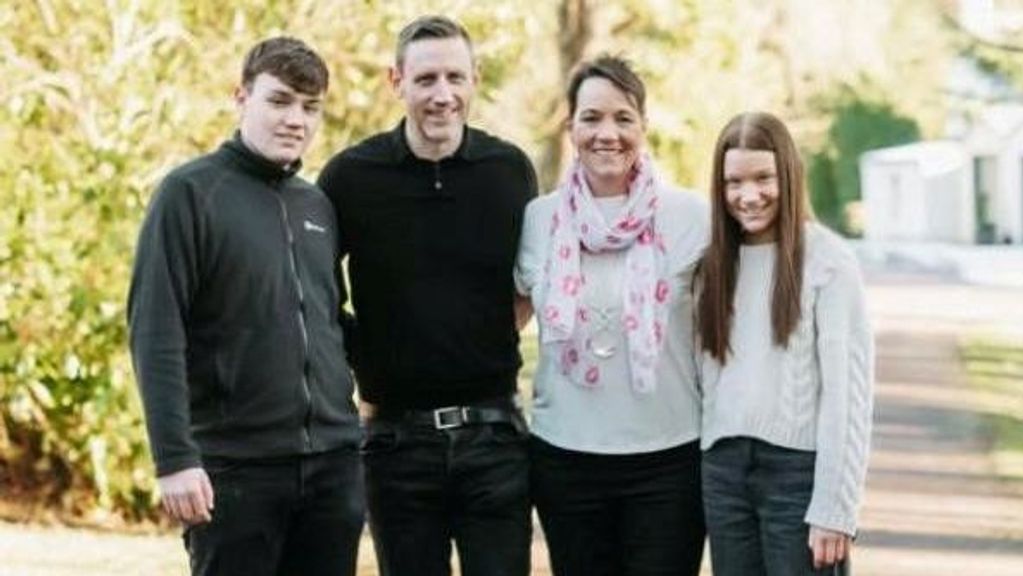 A mom who was told she had just a year to live after medics discovered a golf ball sized tumor on her brain has defied the odds to survive for eight years. (Simon Galloway, SWNS/Zenger)

A mother-of-two who was told she had just a year to live after medics discovered a golf ball-sized tumor on her brain has defied the odds to survive for eight years.

Suzanne Davies, 44, was diagnosed with a glioblastoma multiforme (GBM) brain tumor in 2014 after mistaking her symptoms for hay fever.

Suzanne first noticed something was wrong when she became tired, started having headaches and problems with her speech.

But a general practitioner (GP) doctor gave her a full check-up and agreed her condition was likely being caused by allergies or stress.

Her symptoms didn’t improve and Suzanne, from Aberdeen, Scotland, decided to see a second doctor who sent her for an urgent brain CT scan at Aberdeen Royal Infirmary.

Doctors found the deadly mass on Suzanne’s brain and on April 30 she underwent an awake craniotomy surgery which removed 95 percent of the tumor.

Treasury assistant Suzanne said: “I thought I had fatigue, but then my speech began to deteriorate, and I started to get headaches.

“I went to see my GP because I was having really strange moments and bad headaches, and he thought it might be to do with my hay fever, or that I was just stressed.

“But things just got worse and worse, and I would wake up in the middle of the night losing my breath.

“That weekend, I had a permanent headache, and I couldn’t even move.

“After the surgery, most of the problems had gone.

“My speech was better, and I felt almost back to normal, it was crazy.

“I didn’t want to know how long I had to live, but the consultant didn’t give me a chance to speak and just came out with the fact that I only had a year to live.

“It was horrible and I was in total shock.

“The whole family and I were broken.”

Suzanne vowed to not stop fighting for the sake of her husband Owen, 49, and children Lauren, 12, and Max, 15.

She said: “Even though I’m a very positive person, I got upset when I thought about my children, but then I thought ‘no, I’m going nowhere’.

“I get frustrated that there isn’t currently a cure for brain tumors, so more money is needed so more research can be done.

Suzanne underwent chemotherapy and radiotherapy, which resulted in her losing patches of her hair, so she decided to shave it all off.

She now has an MRI scan every six months, and the most recent scan in June was stable.

“Sadly, this is not the case for many brain tumor patients, especially those with GBM.

“We hope to have more success stories like Suzanne’s but, in order for that to happen, the national investment for research into brain tumors needs to increase to 35 million English pounds ($41.8 million) a year by 2025.”

Suzanne is fundraising to raise awareness of the devastating disease.