The footage was obtained from the General Staff of the Armed Forces of Ukraine on Monday, July 4. 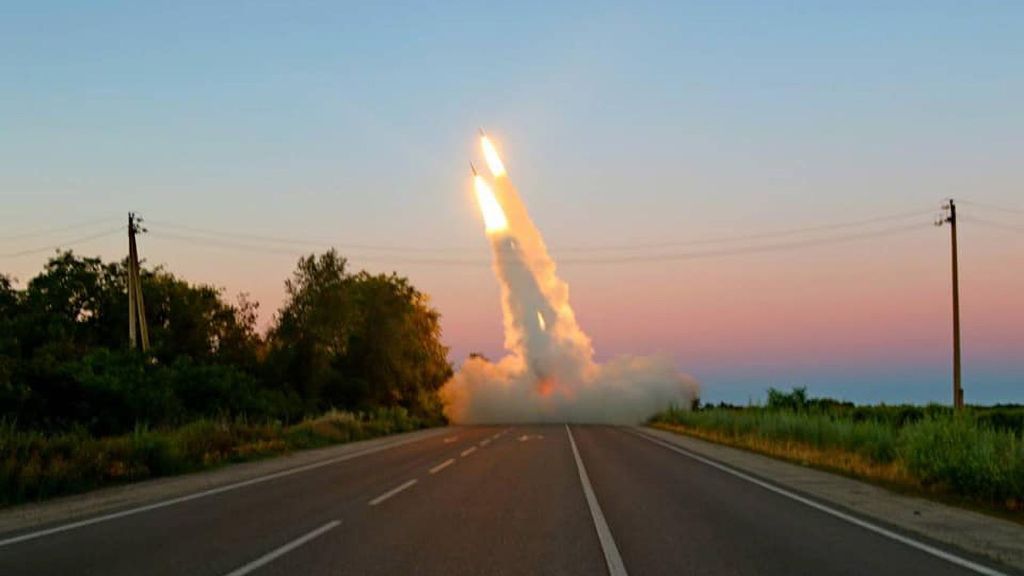 The Ukrainian military showed how to use the American systems of salvo fire against the Russian military in Ukraine. (@GeneralStaff.ua/Zenger)

The American military equipment, which was first developed in the 1990s for the U.S Army, was being used in the field by the Ukrainian army near Zaporozhye, which is located in south-eastern Ukraine.

The footage was obtained from the General Staff of the Armed Forces of Ukraine on Monday, July 4, along with a short statement saying: “Zaporozhye direction. HIMARS continue the demilitarization of the Russian army of occupation. Together we will win!”

The footage was also relayed by the Center for Strategic Communications and Information Security, a Ukrainian governmental organization that operates under the umbrella of the Ministry of Culture and Information.

We contacted the General Staff of the Armed Forces of Ukraine for further comment, as well as the Russian Defense Ministry, but haven’t received a reply at the time of writing.

Russia invaded Ukraine on February 24 in what the Kremlin continues to dub a “special military operation.” July 5 marks the 132nd day of the invasion.

The Governor of Dnipropetrovsk Oblast region in central-eastern Ukraine, Valentyn Reznichenko, claimed that Russian forces targeted the region with seven missiles the night of July 4 to July 5, with Ukrainian forces downing six of them. The seventh missile hit a residential area and damaged homes, with no reports of casualties so far.