It is currently unclear where exactly in Ukraine the images were filmed but they were obtained from the 28th Mechanized Brigade. 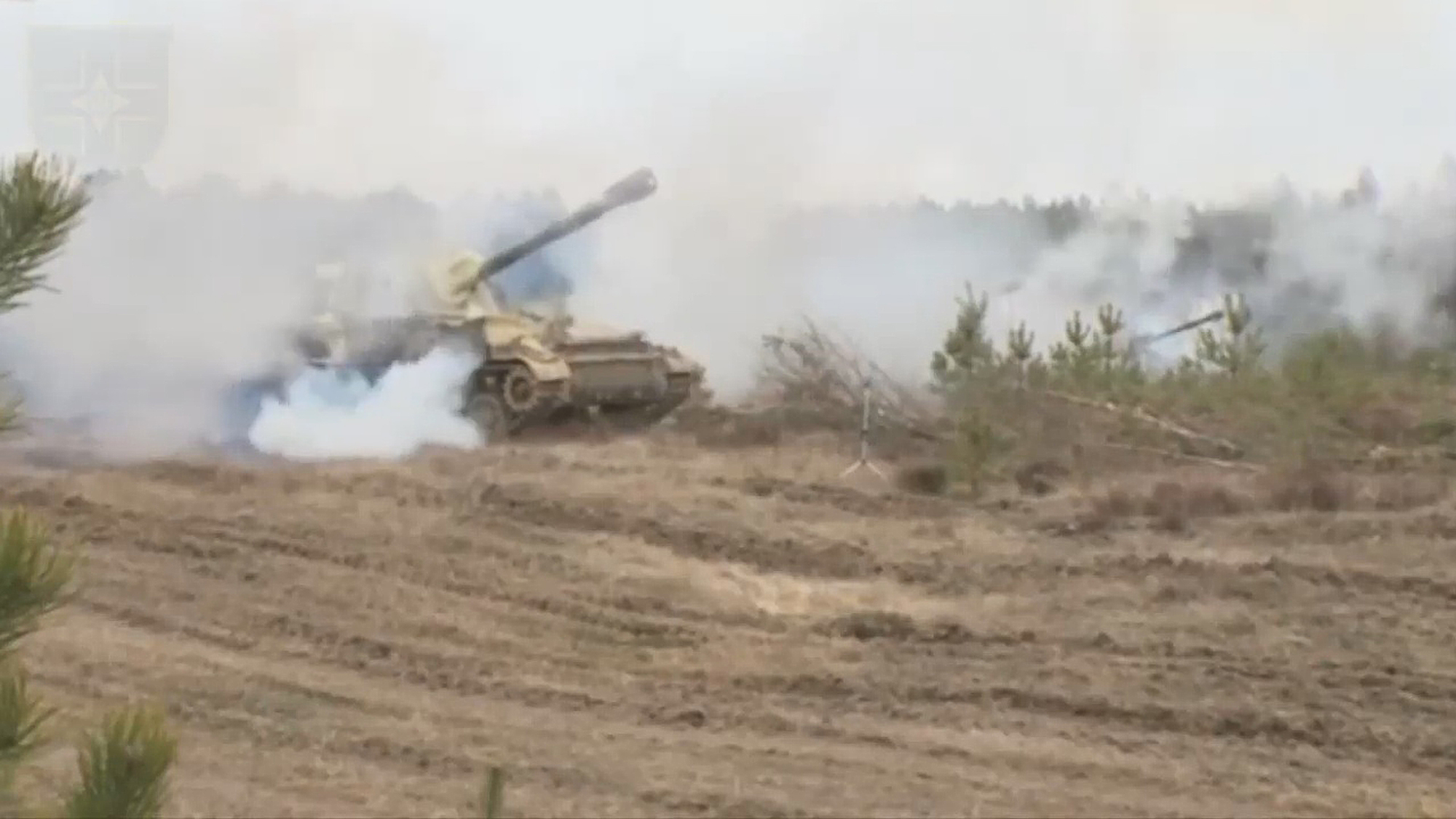 The Ukrainian Knights shared that they have destroyed two Russian Hurricanes and two transport and loading vehicles in Ukraine. (@28brigade/Zenger)

The multiple rocket launcher vehicles were reportedly BM-27 Uragans, while the special missile transporters were TZM-Ts.

The footage appears to show Ukrainian tanks blowing the Russian military vehicles to smithereens during an intense battle, causing a large plume of smoke to rise into the air. Thick smoke quickly fills the air, with the vehicles apparently burning intensely on the ground.

The video then cuts to what appears to be aftermath footage showing the destroyed vehicles.

“Two ‘Uragans’ and two [TZM-Ts] made a gesture of goodwill and dissolved into molecules!”

The information was also relayed by the Center for Strategic Communications and Information Security, a governmental organization created under the umbrella of the Ukrainian Ministry of Culture and Information, along with a statement saying: “The Ukrainian Knights aptly turn the occupiers’ equipment into scrap.

“The 28th Separate Mechanized Brigade named after the Knights of the First Winter Campaign ‘undermined’ two ‘Uragans’ and two transport and loading vehicles of the invaders. They made a gesture of goodwill and dissolved.”

The Russian Ministry of Defense has claimed that their withdrawal from Snake Island was planned as a “gesture of goodwill.” The Ukrainian forces had shelled their positions for days and now appear to be using the quote as a euphemism for a retreat.

Russia invaded Ukraine on February 24 in what the Kremlin is still calling a “special military operation.” Today marks the 132nd day of the invasion.