The images were obtained from the Zaporizhzhia Separate Territorial Defense Brigade of the Armed Forces of Ukraine. 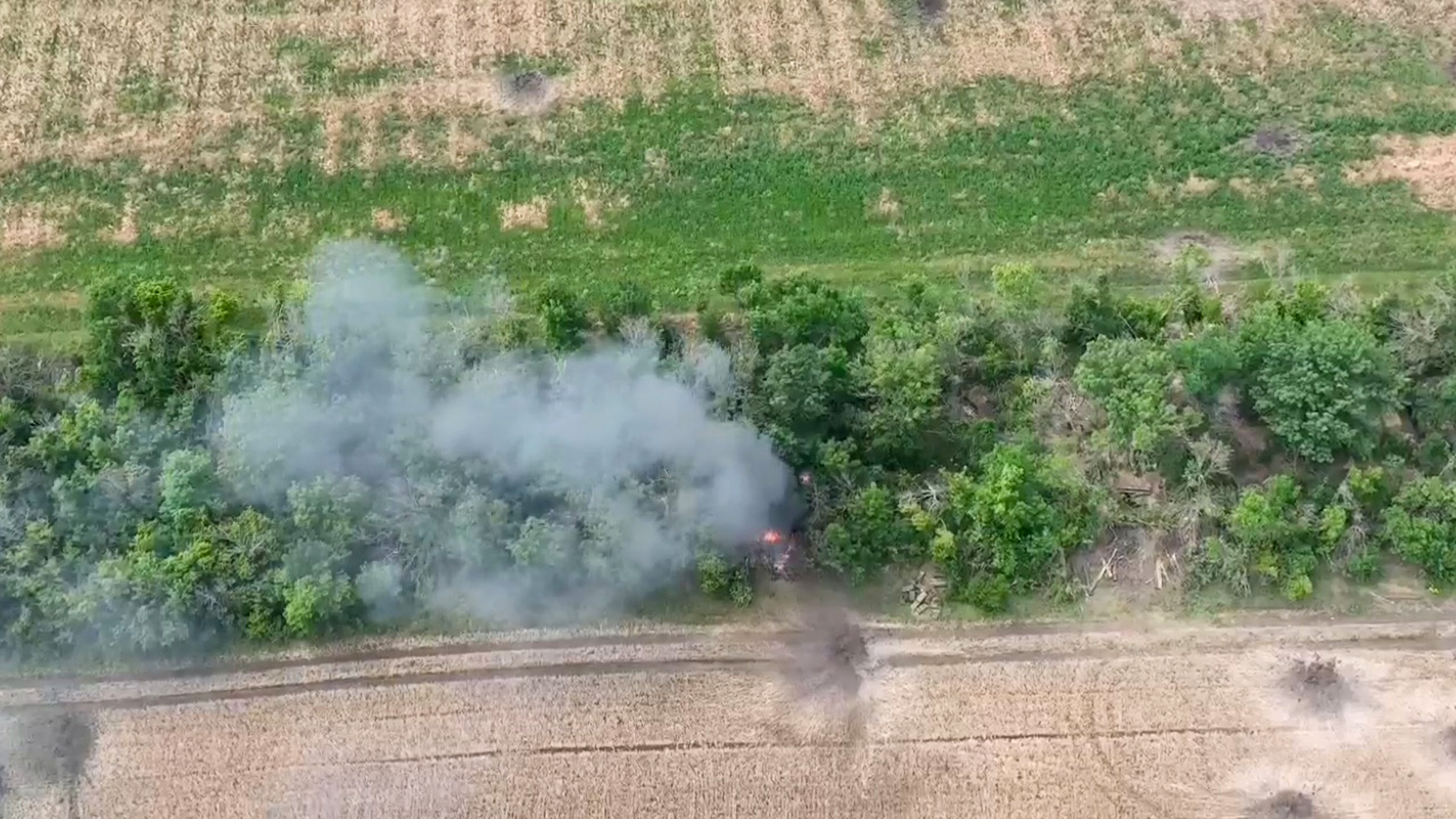 Russian armored personnel carrier was turned to burned remains after it was destroyed by Ukrainian forces in south-eastern Ukraine, as these images show.

“Soldiers of the advanced unit of one of the battalions of the Zaporizhzhya Separate Territorial Defense Brigade took an active part in the destruction of the BTR-82 armored personnel carrier of the Rashist occupation forces when interacting with a powerful unit of the Armed Forces of Ukraine.

“The fire is burning nicely! The Zaporizhia direction of resistance to Russian aggression remains steadily tense. But 24 hours a day, our glorious guys keep watch on the front line to preserve peace and tranquility in the cities and villages of free Ukraine.

“Together we will win! Glory to Ukraine!”

The BTR-82 is one of several variants of an 8X8 amphibious diesel-powered armored personnel carriers originally developed by the Soviet Union in 1986. The BTR-82 first entered service in 2009 and has a crew of three and can carry seven troops. The newest versions have improved armor plating, spall liners, an improved engine, and modernized night vision and navigation systems.

The Zaporizhzhia Oblast region is located in south-eastern Ukraine.

The images and statement were also relayed by the Territorial Defense Forces of the Armed Forces of Ukraine and by the Ukrainian Office of Strategic Communications (StratCom).

We contacted the Zaporizhzhia Separate Territorial Defense Brigade for further comment, as well as the Russian Ministry of Defense, but haven’t received a reply at the time of writing.