The video was obtained from the 28th Mechanized Brigade of the Ukrainian Ground Forces. 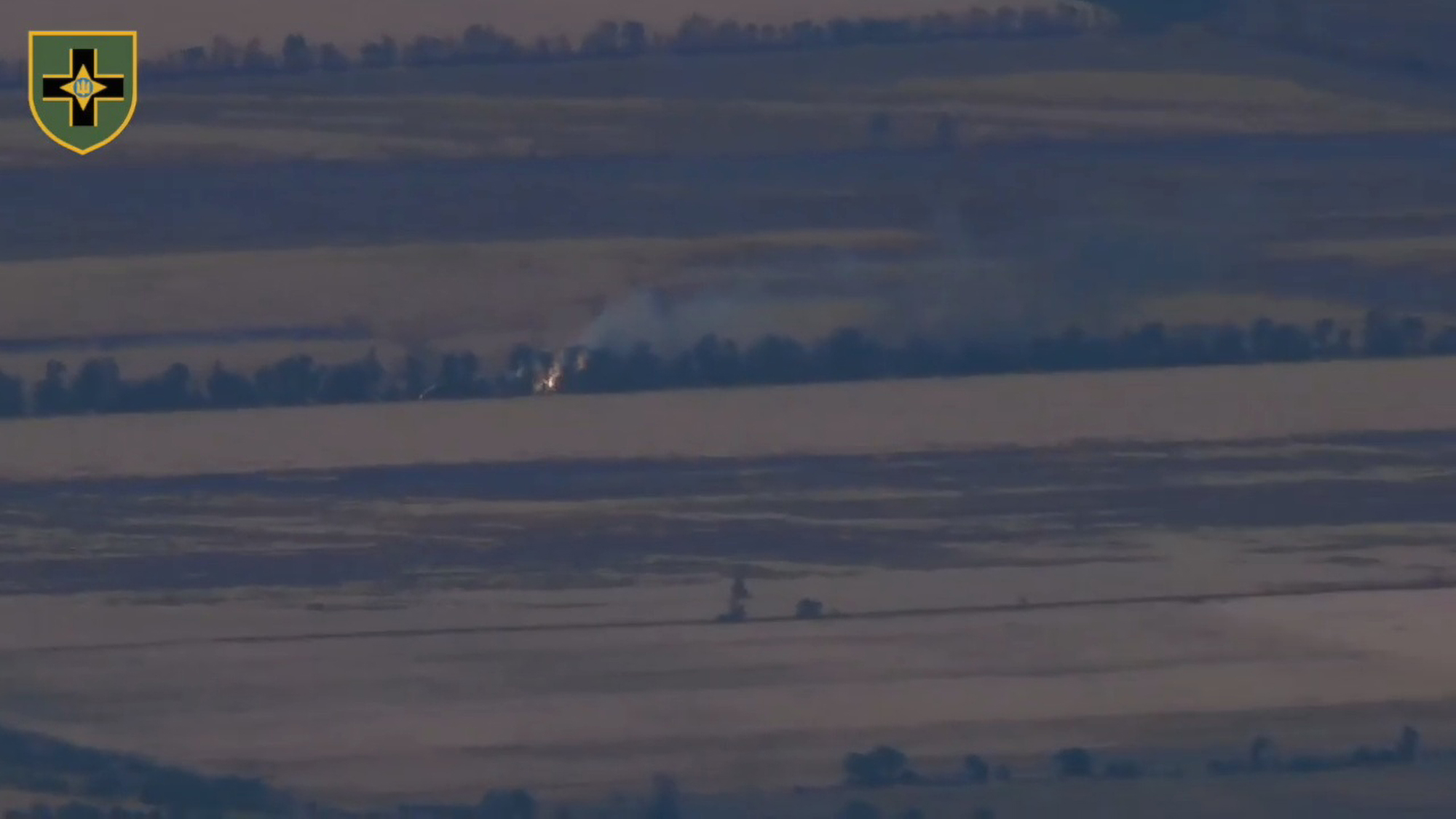 Air reconnaissance and artillerymen of the 28th separate mechanized brigade named after the Knights of the Winter March destroyed enemy ammunition for the BUK air defense system with accurate fire in Ukraine. (@28brigade/Zenger)

The footage was obtained from the 28th Mechanized Brigade of the Ukrainian Ground Forces on Saturday, July 2, along with a statement saying: “The Russian occupiers bring thousands of pieces of ammunition to kill Ukrainians, and thanks to the skill of our soldiers, their criminal plans are thwarted every day.

“Yes, thanks to the coordinated work of aerial scouts and gunners of the 28th Mechanized Brigade, the enemy ammo for the BUK air defence system staged a real bright fire show!”

It is currently unclear where exactly in Ukraine the images were filmed. Still, they were also relayed by the General Staff of the Armed Forces of Ukraine, along with a short statement saying: “The other day, thanks to the coordinated work of aerial scouts and gunners of the 28th Mechanized Brigade named after the Knights of the Winter Campaign, enemy ammunition for the BUK air defense system was destroyed by accurate fire.”

Anton Herashchenk, 43, an advisor to the Ukrainian Ministry of Internal Affairs, also relayed the information.

Russia invaded Ukraine on February 24 in what the Kremlin calls a “special military operation.” Today marks the 131st day of the invasion.

The leaders of dozens of countries, as well as international organizations and companies, are gathering in Switzerland to elaborate a “Marshall Plan” roadmap to rebuild Ukraine after the war is over.

Russia has said it has captured the eastern Ukrainian city of Lysychansk in the Sievierodonetsk Raion of the Luhansk Oblast region. This has now also been confirmed by Ukraine’s military, who said they had withdrawn their troops from the city after heavy fighting to “preserve the lives of the defenders.”

Ukraine’s President, Volodymyr Zelenskyy, has said that Ukrainian forces would retake the city “thanks to the increase in the supply of modern weapons.”

The fall of Lysychansk came just over a week after the nearby city of Sievierodonetsk fell to the Russians.

Ukraine has dismissed Russian claims that its forces targeted civilian areas in the city of Belgorod in Russia, killing three people.