A few rural homes or a farmstead were seemingly destroyed by Ukrainian artillery. 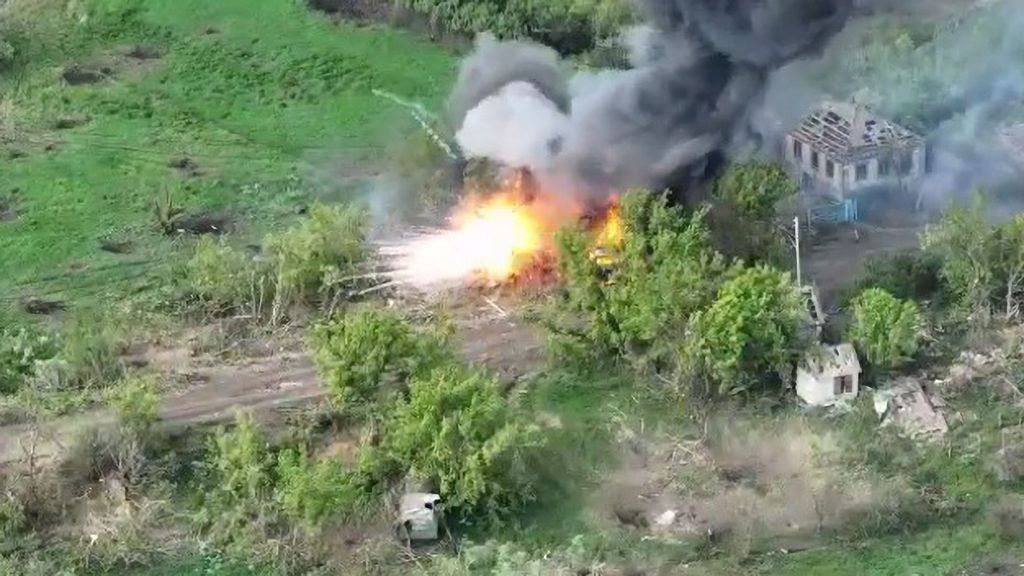 The Armed Forces of Ukraine blew up Russian warehouses with ammunition in the Izyum direction in Ukraine.  (@UkrainianLandForces/Zenger)

Ukrainian forces blew up a Russian ammunition warehouse near Kharkiv, as these images show.

A few rural homes or a farmstead were seemingly destroyed by Ukrainian artillery.

The images were obtained from the Ground Forces of the Armed Forces of Ukraine on Monday, July 4, along with a statement saying: “In the Izyum direction, our military blew up warehouses with Russian artillery ammunition.”

Izium is a city on the Donets River in Kharkiv Oblast of eastern Ukraine. The images were also relayed by the Armed Forces of Ukraine.

Russia invaded Ukraine on February 24 in what the Kremlin is calling a “special military operation”. July 5 marks the 131st day of the invasion.