The footage appears to show at least one Ukrainian howitzer opening fire on Russian positions. 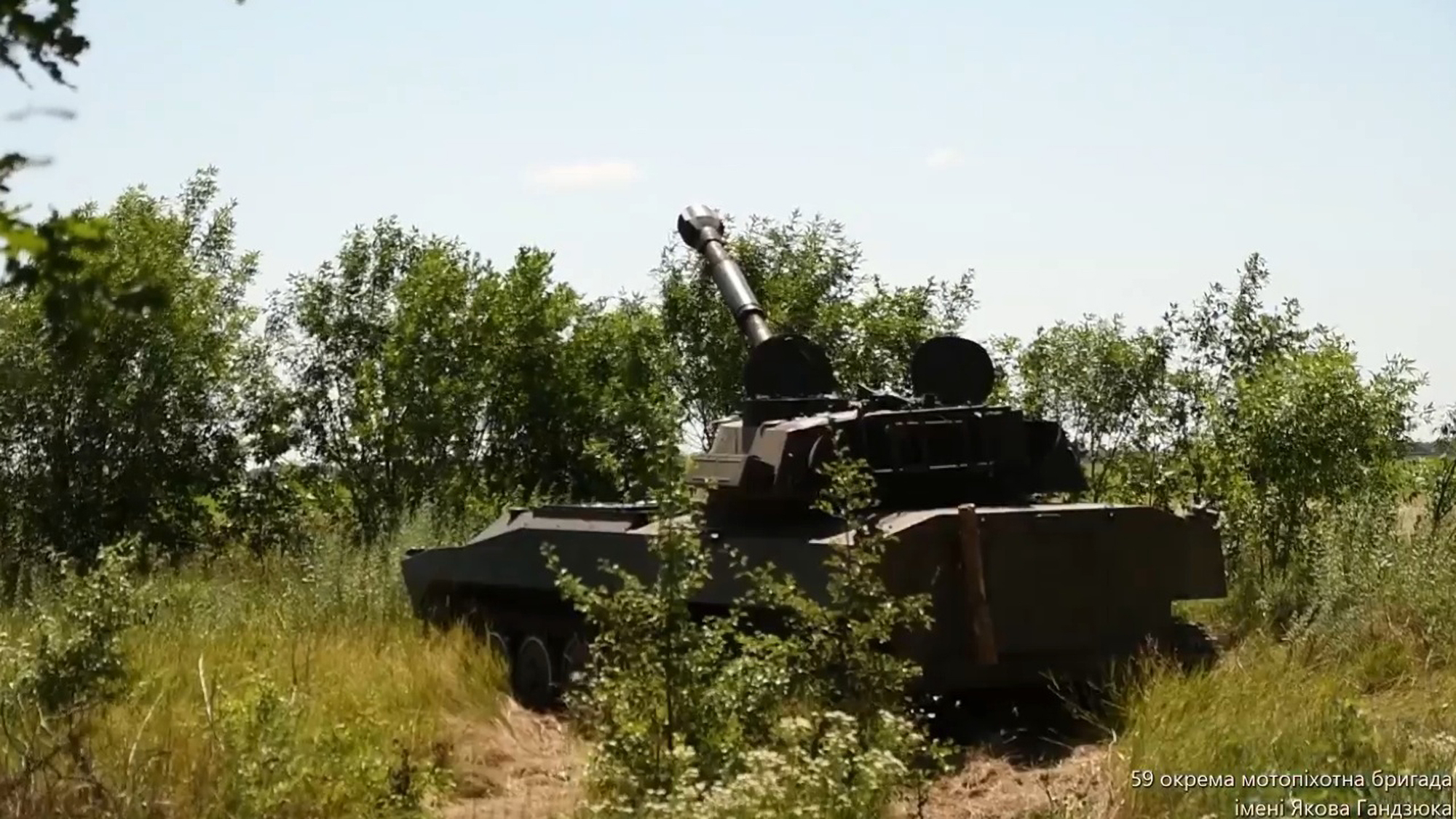 Soldiers of the 59 separate motorized infantry brigade named after Yakov Handziuk destroyed two armored vehicles with ammunition of Russian invaders in the East of Ukraine. (@59ompbr.com.ua/Zenger)

Ukrainian forces reportedly destroyed two Russian armored vehicles, as can be seen from these images.

The footage appears to show at least one Ukrainian howitzer opening fire on Russian positions and causing large explosions as the vehicles are destroyed.

“We destroy military equipment and manpower of the enemy every day. On this day, Russian soldiers lost two armored vehicles with ammunition. And probably more.”

The Axis powers formed a military coalition that initiated World War II. It was made up of Nazi Germany, Japan, and Fascist Italy. Both Ukraine and Russia regularly refer to each other and to each other’s forces as “Nazis.”

We contacted the 59th Yakiv Handziuk Motorized Brigade for further comment, as well as the Russian Ministry of Defense, but haven’t received a reply at the time of writing.

Russia invaded Ukraine on February 24 in what the Kremlin is stll calling a “special military operation.” July 5 marks the 132nd day of the invasion.