A Russian attack helicopter was used to fire a missile from a wooded area, along with another missile being fired at night. 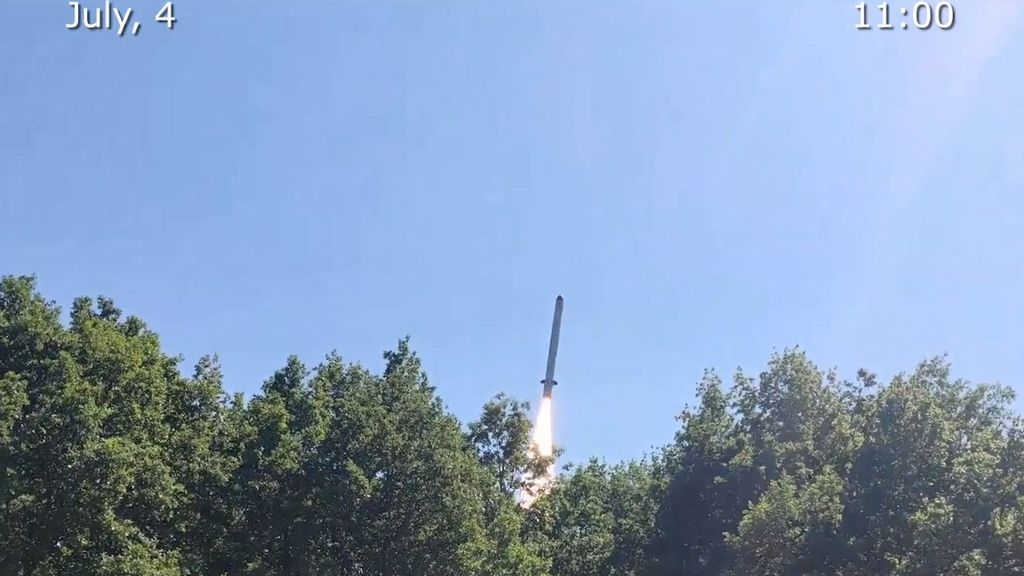 Russia has released this footage allegedly showing an attack helicopter in action while claiming to have destroyed Ukrainian fighter jets and a Multiple Launch Rocket System.

An attack helicopter was used to fire a missile from a wooded area, along with another missile being fired at night as can be seen from these images.

The Russian Ministry of Defense (MoD) claimed on Monday, July 4, that the footage shows ongoing attacks in the Donetsk region of eastern Ukraine. Russia and pro-Russian forces are now shifting their focus to the Donetsk region after having captured the city of Lysychansk in the Luhansk region.

“Russian fighter has shot down one Su-25 of Ukrainian Air Forces during an air combat near Yasnaya Polyana (Donetsk People’s Republic).

Russia and pro-Russian forces are now shifting their focus to the Donetsk region after having captured the city of Lysychansk in the Luhansk region.

We contacted the Russian Defense Ministry for further comment, as well as the Ukrainian Ministry of Defense, but haven’t received a reply at the time of writing.

Russia invaded Ukraine on February 24 in what the Kremlin is calling a “special military operation”. July 5 marks the 131st day of the invasion.

Russia has claimed that it has captured the eastern Ukrainian city of Lysychansk, in the Sievierodonetsk Raion of the Luhansk Oblast region. This has now also been confirmed by Ukraine’s military, who said they had withdrawn their troops from the city after heavy fighting in order to “preserve the lives of the defenders”.