The Russian and pro-Russian forces, and at times the Ukrainian forces, regularly label the other side as “Nazis”. 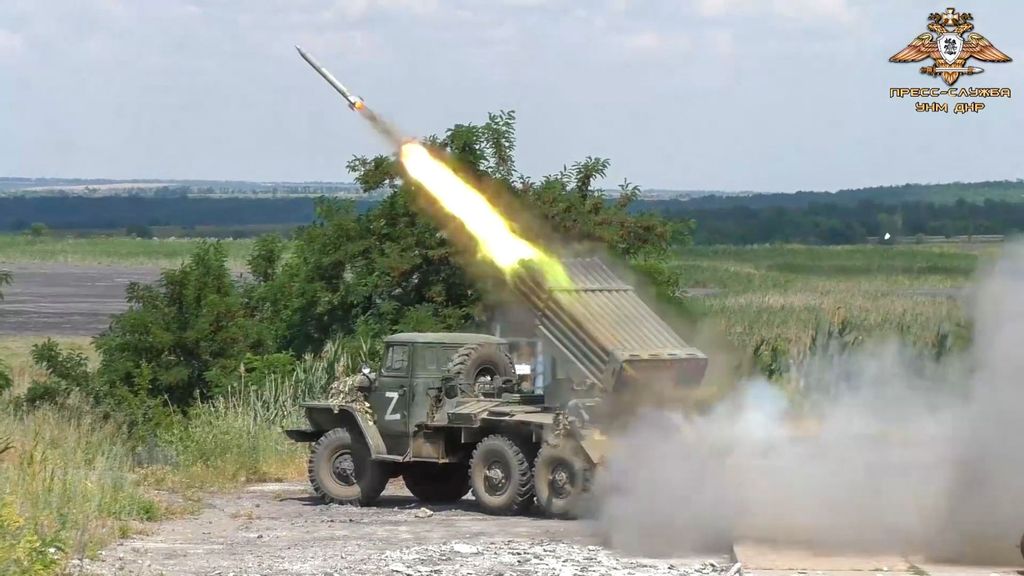 Servicemen of the artillery unit of the 9th regiment of the People's Militia of the DPR strike at the positions of Ukrainian militants identified by intelligence in Avdiivka direction, in Ukraine. (@nm_dnr/Zenger)

The separatist pro-Russian, so-called Donetsk People’s Republic has claimed that it has carried out artillery strikes on Ukrainian forces near the city of Avdiivka.

Avdiivka is located in the Donetsk Oblast region in eastern Ukraine. Russian forces are understood to be making a push into Donetsk after taking control of all of the Luhansk region.

The People’s Militia of the so-called DPR claimed that their “artillerymen of the 9th regiment destroyed the accumulation of equipment of Ukrainian Nazis in the Avdiivka direction.”

The Russian and pro-Russian forces, and at times the Ukrainian forces, regularly label the other side as “Nazis”.

We contacted The People’s Militia of the so-called DPR for further comment, as well as the Russian and the Ukrainian Defense Ministry but haven’t received a reply at the time of writing.

President Zelensky is negotiating with Turkey and the UN in a bid to secure guarantees for his country’s grain exports. The move comes after Turkish authorities detained a Russian cargo ship carrying grain allegedly stolen from Ukraine. The ship is said to contain over 7,000 tonnes of grain that Russian officials said would be sent to “friendly” countries.

NATO has appointed Army General Christopher Cavoli as its new Supreme Allied Commander in Europe. He speaks Russian and has a master’s degree from Yale in Russian studies.