The video was obtained from the 79th Air Assault Brigade of the Ukrainian Armed Forces.
By Joseph Golder July 6, 2022
Facebook
Twitter
Linkedin
Email 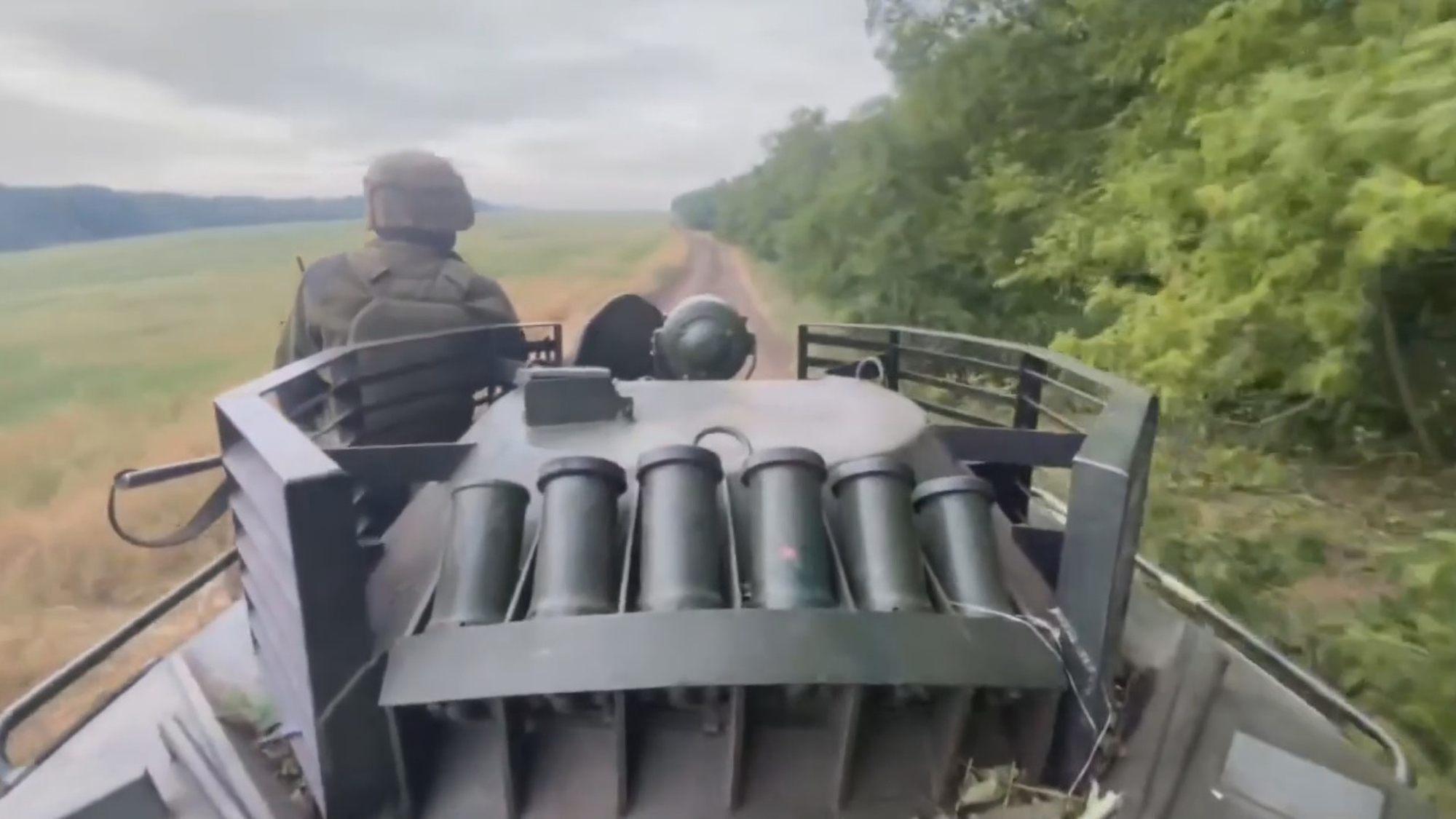 Combat work of the 79 separate amphibious assault brigade of Mykolaiv during defending the borders of Donechchyna, in Ukraine. (@79AMBUA/Zenger)

Ukrainian paratroopers defend the borders of the Donetsk region as Russia begins its push into the region, as these images show.

The move comes after Russia captured the key city Lysychansk, cementing its hold on the neighboring Luhansk region in eastern Ukraine.

Ukrainian soldiers can be seen in the footage fighting Russian troops on the borders of the Donetsk region. They can be seen traveling on an armored personnel carrier, piloting a drone, and operating a tank in the rural countryside.

The tank can be seen opening fire on unseen enemy positions before apparently covering a retreat to a wooded area as the footage ends.

The footage was obtained from the 79th Air Assault Brigade of the Ukrainian Armed Forces, which is based in the southern Ukrainian city of Mykolaiv during peacetime.

“Soldiers of the 79th Separate Airborne Assault Brigade of the Special Forces of the Armed Forces of Ukraine continue to defend the borders of Ukrainian Donetsk region and destroy the Russian occupiers under constant fire from the enemy from various artillery systems, including the use of phosphorous ammunition.”

We contacted the 79th Air Assault Brigade of the Ukrainian Armed Forces for further comment, as well as the Russian Ministry of Defense, but haven’t received a reply at the time of writing.

Russia invaded Ukraine on February 24 in what the Kremlin continues to call a “special military operation.” July 4 marks the 131st day of the invasion.

Russia claimed that it has captured the eastern Ukrainian city of Lysychansk, in the Sievierodonetsk Raion of the Luhansk Oblast region. This has now also been confirmed by Ukraine’s military, who said they had withdrawn their troops from the city after heavy fighting in order to “preserve the lives of the defenders”.

Ukrainian President Volodymyr Zelenskyy claimed that Ukrainian forces would retake the city “thanks to the increase in the supply of modern weapons.”

Russian state media has claimed that two more Brits captured by Russian troops in Ukraine have been charged with mercenary activities. They have been named as Dylan Healy, a chef who had been volunteering as an aid worker, and Andrew Hill, who was shown by Russia in military uniform.

The European Court of Human Rights has intervened, demanding that the sentences not to be carried out but this was rejected by Russia, saying that it would not be implementing the court’s decisions anymore and that the decision to execute the men lies with the pro-Russian, so-called Donetsk People’s Republic.