The viral post has been viewed more than four million times on TikTok. 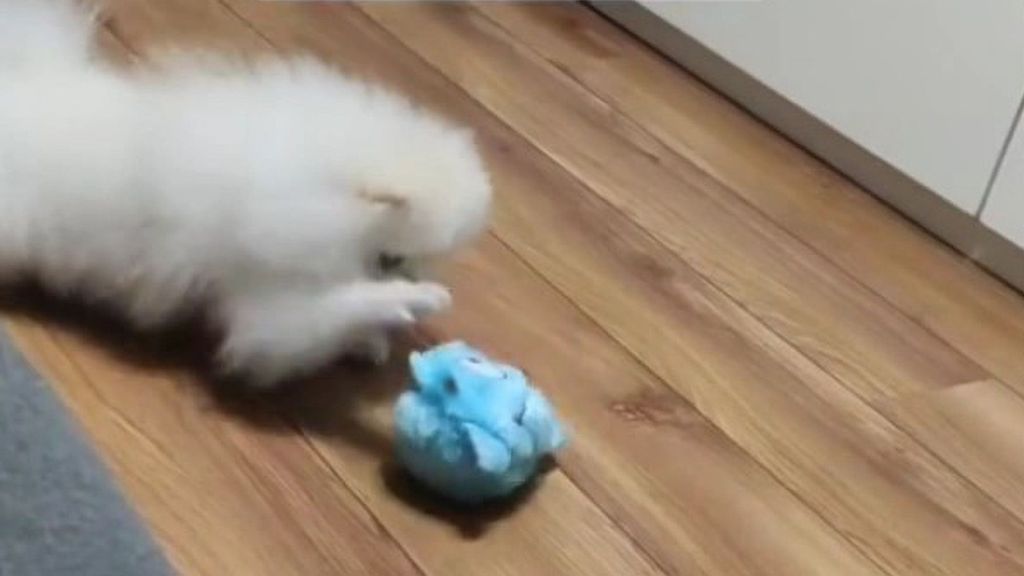 Brazilian postal workers were left red-faced after confusing this cute dog toy for a sex aid after it arrived at the post office and began vibrating inside the packaging.

In a viral post that has been viewed more than four million times on TikTok, Adriana Sirotenco, 45, from the Brazilian state of Sao Paulo, explained that she ordered the dog toy from the online store Shopee for her Pomeranian named Simba.

However, she was not at home when the postman came knocking and was instructed to collect the item at the post office.

So she went to the post office and when she arrived, a post office worker instructed her to go to the furthest window from the rest of the customers as they apparently suspected she was there to collect a sex toy still vibrating in its packaging.

Adriana said: “The attendant told me I didn’t have to queue and could pick it up directly. I thought ‘that’s strange, but fine.’

“When the attendant came back with my order, it kept jumping about on the counter. There was another worker behind her with an embarrassed look, wanting to laugh.

“I, feeling embarrassed because they obviously thought it was something from a sex shop, opened the box at the time to show them what it was.”

The footage shows how Adriana can be seen laughing as her fluffy Pomeranian plays with the blue toy after she took it home for her visibly delighted pet. She can be seen placing it on the floor, where it starts to jump around, much to her dog’s amusement.

Other images show how Adriana, apparently in her car, can be seen bashing the toy in its packaging which sets it off in a vibrating frenzy. She blurts out laughing as the package bounces up and down on the passenger seat.

She then removes the toy from the packaging and shows it to the camera, laughing heartily at the post office workers’ mistaken assumption that it was something naughty.

She told local media that she was left stunned by the online reaction to the footage, explaining: “After a little time passed, I saw that it had ‘10k’. I didn’t even know what that was. When I asked, relatives explained that it had 10,000 views.

“Today, the video has over 4 million views on TikTok alone, but it is also circulating on Instagram and Twitter. I cannot believe people liked it that much!”