Holey Unacceptable: Scientists Find Ozone Hole In Tropics Much Bigger Than In Antarctica

Qing-Bin Lu revealed the hole – to the surprise of other scientists as it was not showing on the modeling most researchers use. 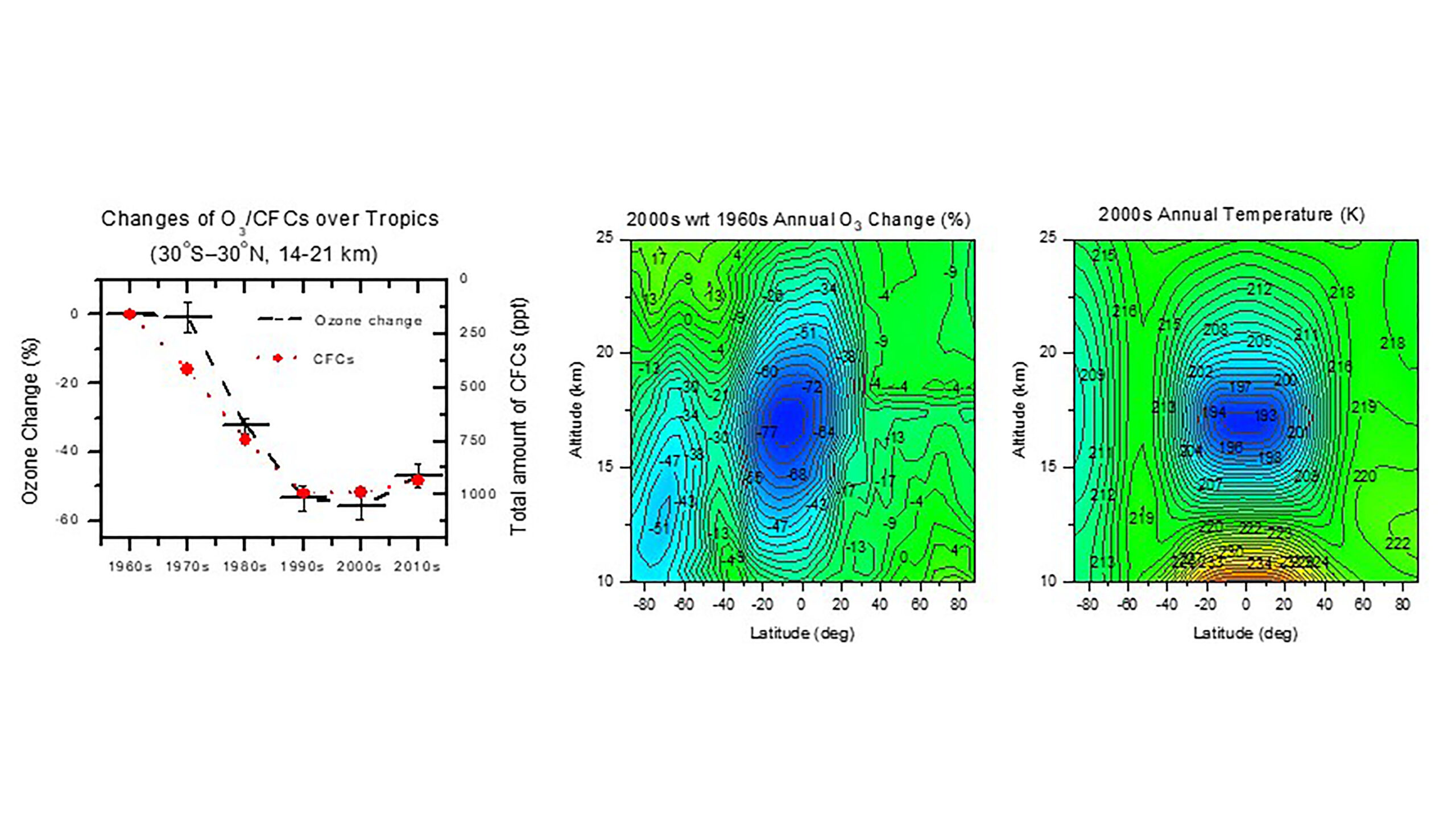 A hole in the ozone layer seven times bigger than the one in the Antarctic has been discovered sitting over the tropics - and has been there for over 30 years. (Simon Galloway, SWNS/Zenger)

A hole in the ozone layer seven times bigger than the one over the Antarctic continent has been discovered sitting over the tropics – and has been there for over 30 years.

A scientist found the huge hole by examining climate and temperature data in the ozone above tropical regions – to the shock of the rest of the scientific community.

It was found the hole was present all-year-round that has been there since the 1980s and sits over areas that make up half the world’s surface area and house half the population of the globe.

The worrying gap was revealed in the lower stratosphere over the tropics, similar in depth to that of the well-known Antarctic ozone hole that emerges during the spring, but its area is much larger – roughly seven times bigger, researchers said.

Qing-Bin Lu, a scientist from the University of Waterloo in Ontario, Canada, revealed the hole – to the surprise of other scientists as it was not showing on the modeling most researchers use.

An all-season ozone hole is defined as an area of ozone loss larger than 25 percent compared with the undisturbed atmosphere.

The depletion of the ozone layer can lead to higher levels of UV radiation reaching the earth’s surface, which can increase the risk of skin cancer and cataracts in humans, as well as weaken immune systems and devastate farming.

Professor Lu said: “The tropics constitute half the planet’s surface area and are home to about half the world’s population.

“The existence of the tropical ozone hole may cause a great global concern.

“The depletion of the ozone layer can lead to increased ground-level UV radiation, which can increase risk of skin cancer and cataracts in humans, as well as weaken human immune systems, decrease agricultural productivity, and negatively affect sensitive aquatic organisms and ecosystems.”

Analyzing the average annual ozone changes, differences in annual ozone climatology and changes in temperature over the last few decades revealed the scope of the “new” ozone hole, scientists said.

Professor Lu spotting the ozone hole came as a surprise to his peers in the scientific community, since it was not predicted by conventional photochemical models.

As with the polar ozone hole, roughly 80 percent of the normal ozone value is found to be depleted at the center of the tropical ozone hole, experts said.

Preliminary reports showed ozone depletion levels over equatorial regions are already endangering large populations and the linked UV radiation reaching these regions is far bigger than expected, according to scientists.

In the mid-1970s, atmospheric research suggested the ozone layer, which absorbs most of the sun’s ultraviolet radiation, might be depleted because of industrial chemicals – primarily chlorofluorocarbons (CFCs).

Professor Lu said the tropical and polar ozone holes play a major role in cooling and regulating stratospheric temperatures, mirroring the formation of three “temperature holes” in the global stratosphere.

He said this finding may prove crucial to better understanding global climate change.

This latest discovery adds to previous studies of the cosmic-ray-driven electron reaction-initiated ozone-depleting mechanism (CRE) that Professor Lu and his colleagues originally proposed about two decades ago.

The findings were published in the journal AIP Advances.