“This is how the artillery of the 95th Separate Amphibious Assault Brigade of the Armed Forces of Ukraine works. 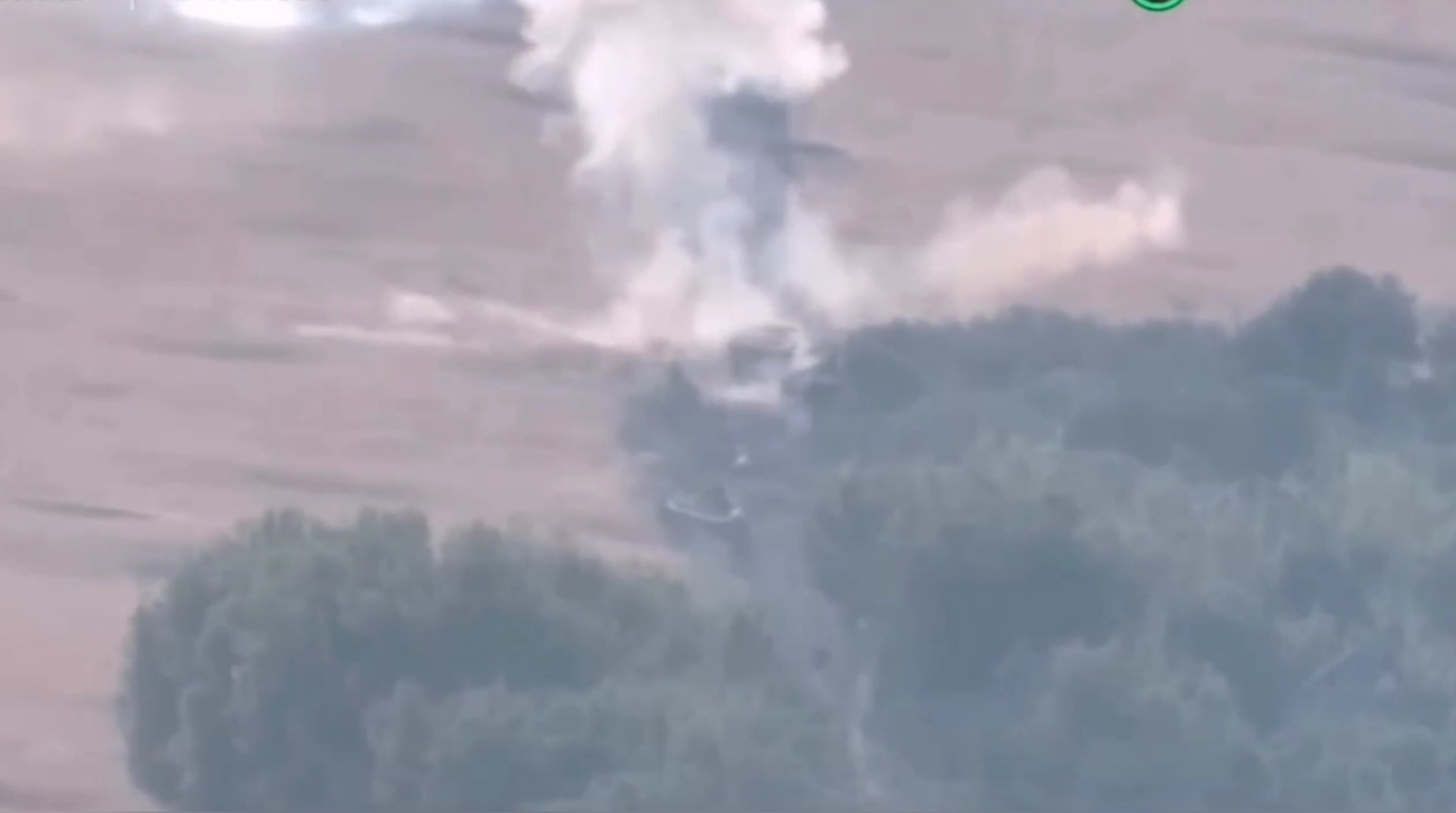 Soldiers of the 95 separate amphibious assault brigade of the Armed Forces of Ukraine destroyed armored vehicles of the Russian occupiers in Ukraine.  (@www.dshv.mil.gov.ua/Zenger)

Elite Ukrainian paratroopers reportedly took out Russian armored vehicles “in a flash”, as these images show.

It is currently unclear where in Ukraine the images were filmed, but they were obtained from the Command of the Airborne Assault Troops of the Armed Forces of Ukraine on Tuesday, July 5, along with a statement saying: “Artillery of the 95th brigade of the Armed Forces destroyed the armored vehicles of the Russian occupiers in a flash.

“This is how the artillery of the 95th Separate Amphibious Assault Brigade of the Armed Forces of Ukraine works.

“As a result of conducting reconnaissance, a unit of enemy armored vehicles was discovered in one of the directions of hostilities.

“As a result of accurate lightning strikes by the artillery of the Zhytomyr paratroopers, the stay of the next Russian invaders in Ukraine ended forever.

The images were also relayed by the Office of Strategic Communications of the Ukrainian Armed Forces, as well as the Korosten District State Administration, which is in charge of the Korosten Raion, in the Zhytomyr Oblast of northern Ukraine.

We contacted the Command of the Airborne Assault Troops of the Armed Forces of Ukraine for further comment, as well as the Russian Defense Ministry, but haven’t received a reply at the time of writing.

Russia invaded Ukraine on February 24 in what the Kremlin is still calling a “special military operation.” July 5 marks the 132nd day of the invasion.