Police seized six submarine drones in the raids in Cadiz, Malaga and Barcelona announced by officials on July 4. 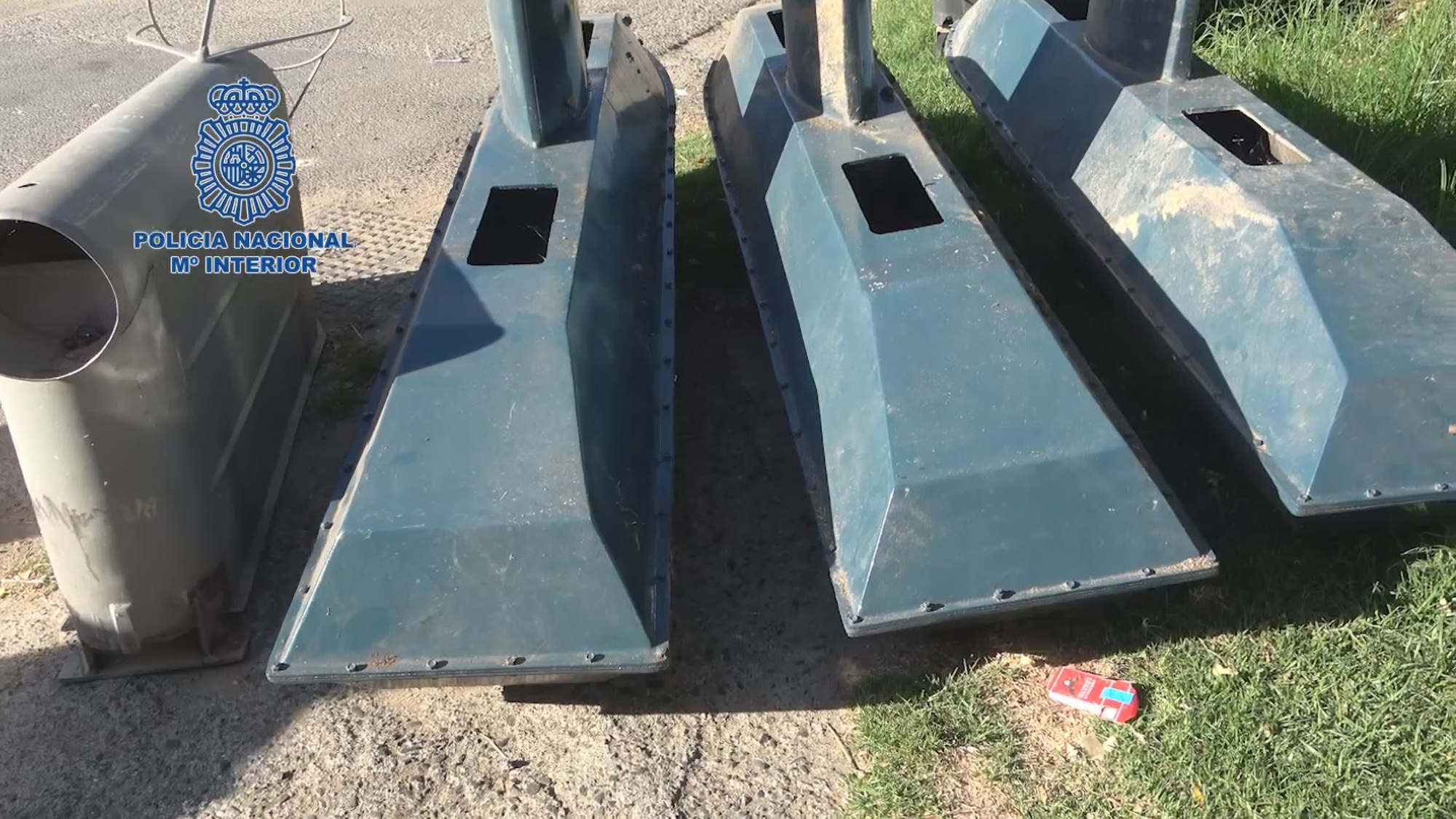 A plot to use submarine drones to traffic 2,600 pounds of drugs into Europe has been sunk by police in Spain.

Officers have arrested eight trafficking suspects during raids across the Spanish coasts and other parts of the country.

Police also seized six submarine drones in the raids in Cadiz, Malaga and Barcelona announced by officials on July 4.

In one run across the Straits of Gibraltar the subs would have been capable of smuggling more than 1,000 kilos (2,200 pounds) of cocaine from North Africa to Europe.

The gang could also have been acting as tech providers for other crime groups around the world, said police.

Officers also seized 10 vehicles, some of them reportedly hollowed out with secret compartments for trafficking on land.

They said it was the first time they had ever seized drone submarines, also known as unmanned underwater vehicles (UUVs), in Spain.

Police videos of the raids showed the subs with unmarked grey steel hulls, looking like the miniature subs used by commandos in World War II.

Armfuls of cash were found stashed in what seemed to be toys in a child’s bedroom.

The Spanish authorities suspect that the gang used UUVs “capable of bearing large loads” to transport drugs intended for distribution by other criminal groups.

The police said three UUVs were about to be delivered to a French criminal organization to “transport significant amounts of cocaine”, adding that the gang also had known customers in Denmark, Italy, and Spain.

The police said: “These devices could allow drug traffickers to transport large quantities of narcotics remotely across the Strait of Gibraltar.”

Each UUV had up to 12 motors and a maximum range of around 30 kilometers (18 miles), more than enough for the 15-kilometer (9-mile) crossing from Morocco to Spain.

Meanwhile, the six “unmanned semi-submersible vessels” could each carry up to 200 kilograms (440 pounds) of drugs, according to the police.

They also confiscated 10 vehicles, and the six underwater drones during eight raids across Spain.

The country’s close proximity to Morocco – a major hashish producer – and its close ties with cocaine-producing former colonies in Latin America have made the country a key entry point for drugs bound for Europe.

Six of the eight suspects have been remanded in custody as the investigation continues.