You, Me And Capri: Grandson Reveals The Story Behind Why His Grandad Left An Iconic Car On His Drive

The resting Ford Capri has been a topic of curiosity among locals, who often wondered why the rusty car was left untouched. 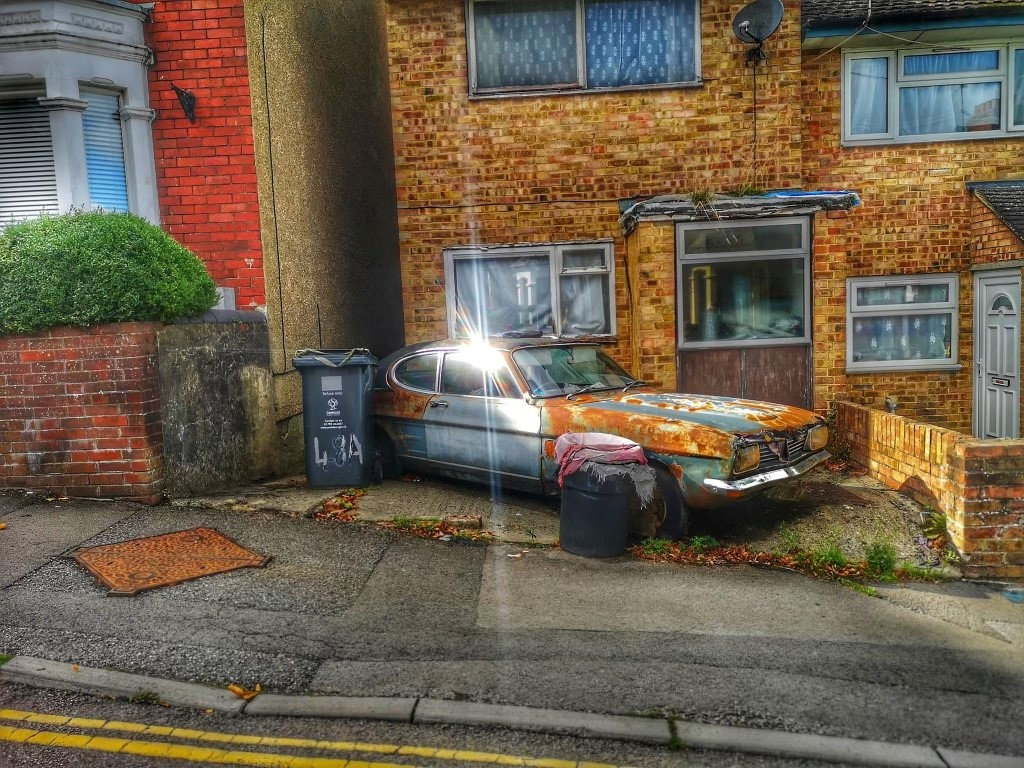 A grandson reveals the story behind an untold local secret - why his grandad left an iconic car on his driveway for over 30 years. (Simon Galloway, SWNS/Zenger)

A grandson reveals the story behind an untold local secret – why his grandad left an iconic car on his driveway for over 30 years.

The resting Ford Capri has been a topic of curiosity among locals, who often wondered why the rusty car was left untouched since the 90s.

A recent stir arose during this weekend (June 2), after the famous local landmark was finally removed from the Swindon driveway it sat on for 32 years.

Jordan Davis, 22, was surprised by the mounting interest in his Grandfather’s story and decided to finally reveal the mystery behind its origins.

His late-grandfather, Noel Jones, was well-known in Swindon and passed just earlier this year at the age of 81.

The grandfather-of-three bought the Capri in 1972 and traveled in style for 18 years, until he was forced to stop driving because of a slipped disc.

It was then left parked and untouched on Deacon Street, in Swindon Old Town, for three decades.

Jordan, who works as a civil servant in Swindon, said: “Grandad paid more for the car than he did his own house and he got it brand new out of a showroom.

“It was his pride and joy and he didn’t want to get rid of it.

“The reason it was left for wear and tear for such a long time was for a completely different reason than what everyone thinks.

“Everyone had come up with a million stories, from saying it was Grandad’s late wife’s car who died to his missing son’s – but none were true.

“The main reason was because he didn’t want anyone reversing on his drive because there’s no parking in the town center – as funny as it sounds!

“It was literally that simple – quite amusing really”.

Noel worked as a builder on the Oasis and the Gorse Hill Community Center and was a well-known figure in Swindon – often found in The Savoy, The Sir Daniel Arms and in the bookies.

He was an avid traveler and drove his MK1 Capri sports edition Ford around Europe.

The father-of-two also enjoyed taking his daughters Sarah and Lisa and his grandchildren to Florida every year.

Jordan added: “I’m sad that the car is gone but it’s been really nice seeing the output from the entire community.

“Everyone has been saying such lovely things.

“I am very proud to call him my grandad as he was a amazing man and a legend.

“I inspire to have a mindset like his and love life as much as he did.

“He was a very friendly person and would always quote nice comments like ‘happiness is the best medicine’ and he would always wish people good luck”.

Sadly, Jordan claims the long-standing car has fallen into disrepair and us unable to be restored.

The renowned capri has now been sold for “spares and repairs”.

Jordan said: “It will not only be missed by his family because it has been there so long, but also by all the people of Swindon”.

Husband of one of Noel’s daughters, Sarah Jones, said: “If you asked people who knew Noel what it was that he loved, some could say it must be his car.

“A local tourist attraction, the famous Swindon Capri, last taxed in 1994, parked on his drive for the last 28 years I would never see it drive, although Sarah has fond memories of days in it.

“He would never get rid of it, he would have regular visitors outside his house taking photos, and would always check it after returning home”.

Back in the 70s, Ford marketed the Capri as “The Car You Always Promised Yourself. British magazine Car called it a “Cortina in drag”.

«Previous Post
Dinosaurs Had Lice: Lice Emerged 100 Million Years Ago – In Dinosaurs, According To New Research»Next Post
Griller Warfare: Adults Will Get 970 Burgers, 794 Hot Dogs And 838 Kebabs In Their Lifetime