Man’s best friend evolved from natural selection throughout the Late Pleistocene – 129,000 to 11,700 years ago. 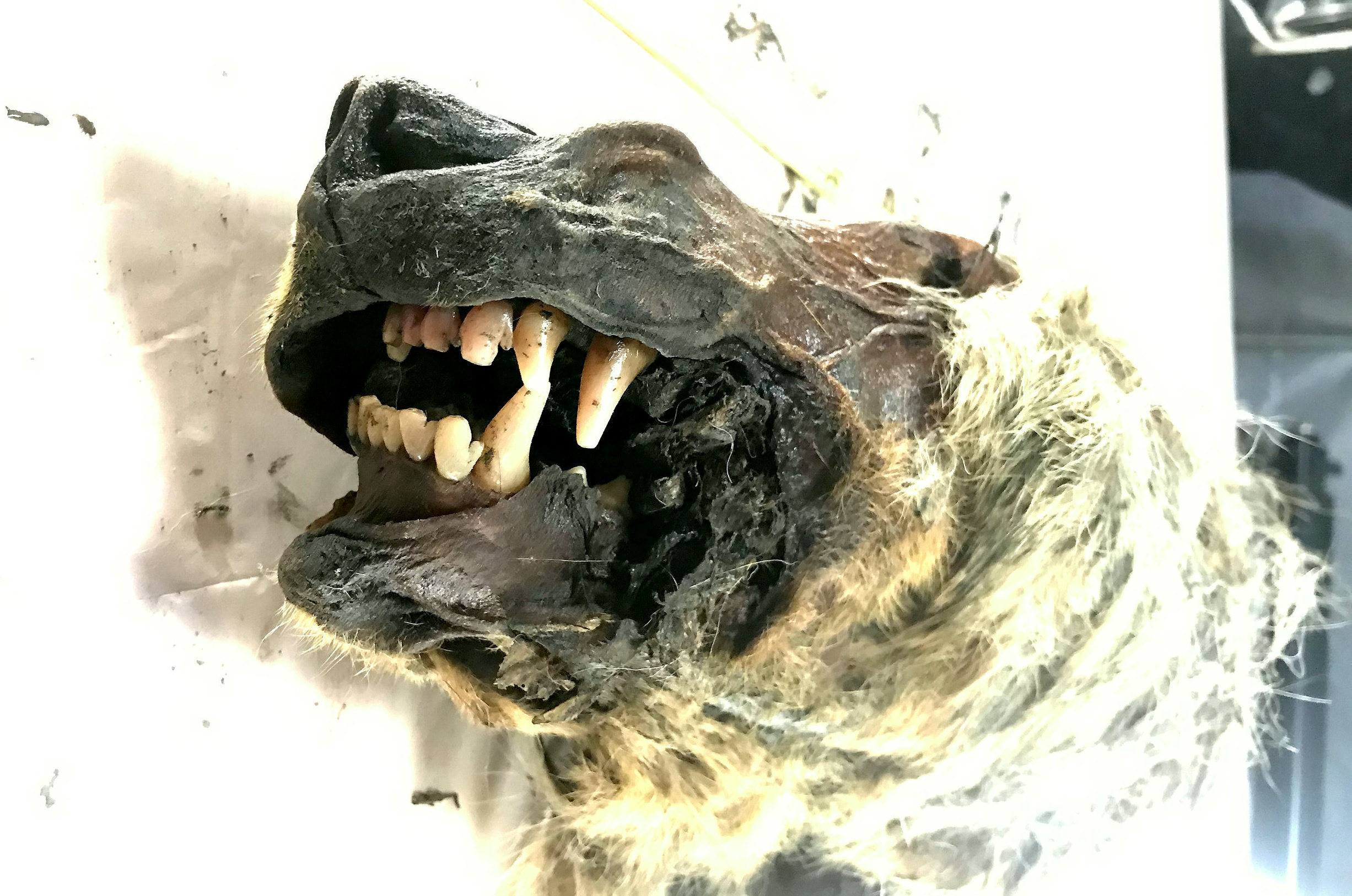 The ancestry of dogs has been traced to two populations of ancient wolves that roamed Asia and the Middle East during the last Ice Age. (Steve Chatterley, SWNS/Zenger)

The ancestry of dogs has been traced to two populations of ancient wolves that roamed Asia and the Middle East during the last Ice Age.

Man’s best friend evolved from natural selection throughout the Late Pleistocene – 129,000 to 11,700 years ago.

For example, over a period of around 10,000 years, one mutation went from being very rare to being present in every wolf – and is still in all dogs today.

The gene, known as IFT88, is involved in the development of bones in the skull and jaw – and may have been fueled by a change in prey available in the cold.

Its rise occurred between 40,000 and 30,000 years ago – helping the species survival by giving an advantage to those with a certain head shape.

Senior author Pontus Skoglund of The Francis Crick Institute in England said: “This is the first time scientists have directly tracked natural selection in a large animal over a time-scale of 100,000 years, seeing evolution play out in real-time rather than trying to reconstruct it from DNA today.”

The study is based on the genomes of 71 ancient wolves from Europe, Siberia, and the United States. and a wild dog, or dhole, native to Asia from the last 100,000 years.

Both early and modern dogs were found to be more genetically similar to Asian rather than European varieties – suggesting domestication happened in the east.

It shows they are more closely related to ancient wolves from eastern Eurasia than to those in the west.

But there was also evidence that two separate populations of wolves contributed DNA to dogs.

Early dogs from north-eastern Europe, Siberia and the Americas seem to have a single, shared origin from the eastern source.

The dual ancestry suggests wolves underwent domestication more than once – with the different populations then mixing together.

Another possibility is it happened only a single time – and early dogs then mixed with wild wolves.

Wolf populations were genetically connected throughout the Late Pleistocene – likely due to their ability to move across an open landscape.

Co-first author Anders Bergstrom, also from the Crick, said: “Through this project we have greatly increased the number of sequenced ancient wolf genomes, allowing us to create a detailed picture of wolf ancestry over time, including around the time of dog origins.

The study in the journal Nature moves us a step closer to uncovering one of the biggest mysteries of evolution.

Dogs are known to have originated from the grey wolf at least 15,000 years ago. But where this happened, and if it occurred in one single location or in multiple places, is still unknown.

Previous studies using the archaeological record and comparing the DNA of dogs and modern wolves have not found the answer.

The grey wolf (Canis lupus) was the first species to give rise to a domestic population.

It was present across most of the northern hemisphere throughout the last Ice Age when many other large mammals went extinct.

The international team is continuing to hunt for a close ancient wolf ancestor of dogs, which could reveal more precisely where domestication most likely took place.

They are now focusing on genomes from other locations – including more southerly regions.

The 72 genomes spanned roughly 30,000 generations. It was possible to look back and build a timeline of how wolf DNA has changed – tracing natural selection in action.

Skoglund said: “We found several cases where mutations spread to the whole wolf species, which was possible because the species was highly connected over large distances.

“This connectivity is perhaps a reason why wolves managed to survive the Ice Age while many other large carnivores vanished.

“Similar whole-genome time series from the Ice Age, in humans or other animals, could provide new information about how evolution happens.”