The footage was obtained from the Ukrainian Joint Forces Task Force, along with a statement, on Saturday, July 2. 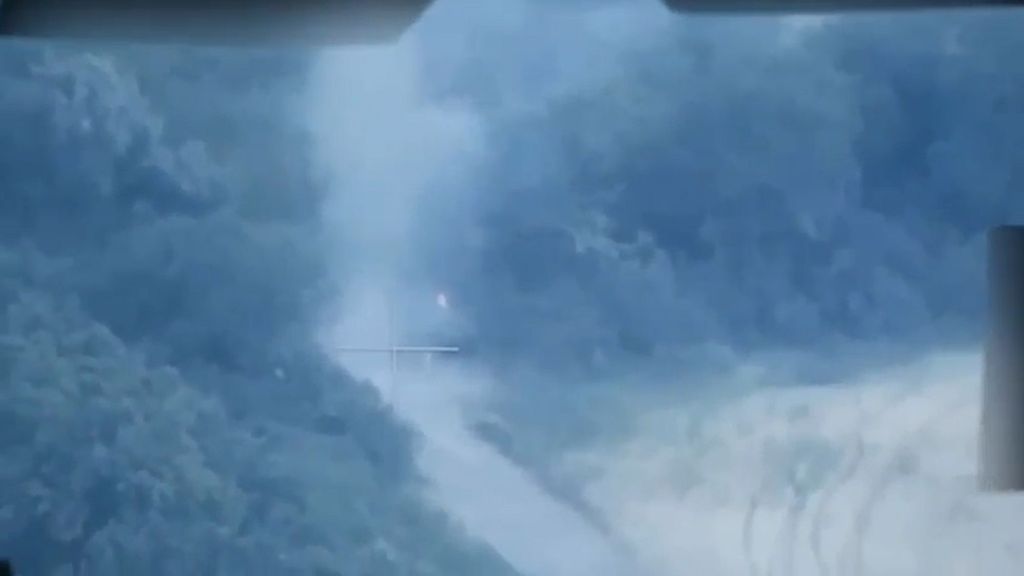 Ukrainian gunners shared that they have destroyed the Russian Pantsir-1C with one blow in Ukraine. (@easternbridgehead/Zenger).

Ukrainian artillerymen destroyed a Russian Pantsir-1S missile system, as these images show. The system entered service in the Russian military in 2012 and is designed to protect a limited area against enemy aircraft.

The footage was obtained from the Ukrainian Joint Forces Task Force, along with a statement, on Saturday, July 2. The images were also relayed by the General staff of the Armed Forces of Ukraine.

The Join Forces Task Force said: “How can one well-placed blow deprive an enemy of equipment worth $15 million? It’s very simple: when in the steppes of Donbas Ukrainian artillerymen encounter a much-hyped, Russian ‘Pantsir-1S’ anti-aircraft system.”

They explained: “Pantsir-S1 is a Russian self-propelled anti-aircraft missile and gun system. It is used to cover civilian and military objects from air attack. It can also protect a facility from ground and surface threats.

“The machine was developed by the Tula Design Bureau of Instrumentation. The complex was created in 1994, since then it has been modernized. At the end of 2012, the Pantsir-S1 air defense system was used by the Russian army.

And the Ukrainian General Staff said: “How one well-aimed shot can deprive the enemy of equipment worth almost $15 million.”

We contacted the Ukrainian Joint Forces Task Force for further comment, as well as the Russian Ministry of Defense, but haven’t received a reply at the time of writing.

Russian state media has claimed that two more British nationals captured by Russian troops in Ukraine have been charged with mercenary activities. They have been named as Dylan Healy, a chef who had been volunteering as an aid worker, and Andrew Hill, who was shown by Russia in military uniform.