The footage was obtained from the Air Command West of the Air Forces of the Armed Forces of Ukraine on Monday, July 4. 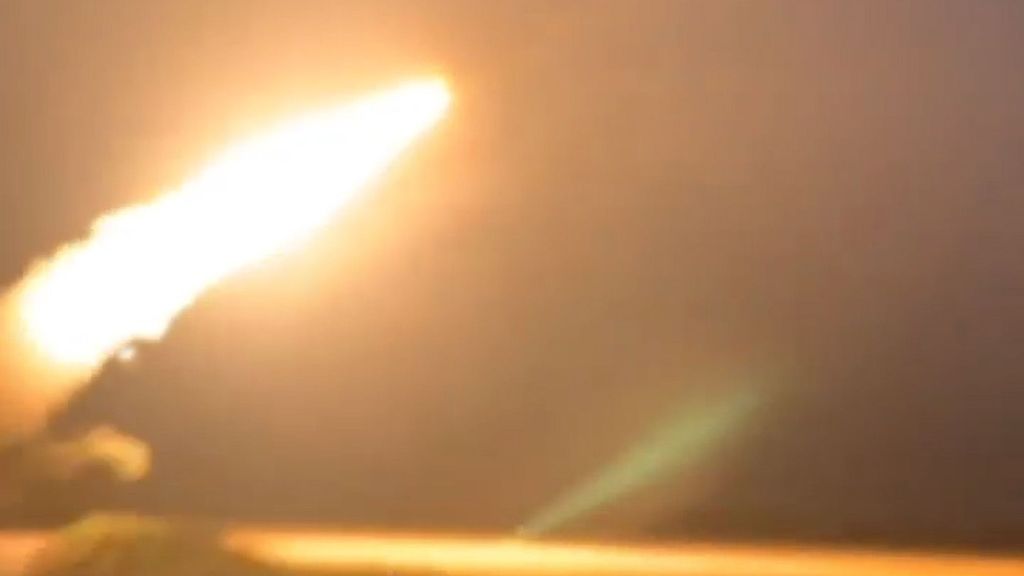 Ukrainian anti-aircraft missile system taking out a Russian target, as these images show.

The missile system, which appears to be a Buk-M1, can be seen firing a missile high into the sky before it apparently hits an unknown target.

Both released a short statement saying: “For every action of the enemy, our anti-aircraft fighters have their own answer, because the fighting spirit of the Ukrainians does not die out for a moment!

“The video shows fighters from one of our anti-aircraft missile units successfully destroying an enemy target.”

We contacted the Air Command West of the Air Forces of the Armed Forces of Ukraine for further comment, as well as the Russian Defense Ministry, but haven’t received a reply at the time of writing.

Russia invaded Ukraine on February 24 in what the Kremlin is calling a “special military operation.” July 4 marks the 131st day of the invasion.

Ukrainian President Volodymyr Zelenskyy, has claimed that Ukrainian forces would retake the city “thanks to the increase in the supply of modern weapons.”

The Ukrainian Governor of Luhansk, Serhiy Haidai, claimed that Russian forces are now likely to shift their focus to the neighboring Donetsk region.

Russian state media has claimed that two more Britons captured by Russian troops in Ukraine have been charged with mercenary activities.

They have been named as Dylan Healy, a chef who had been volunteering as an aid worker, and Andrew Hill, who was shown by Russia in military uniform.