The footage was obtained from the Ground Forces of the Armed Forces of Ukraine on Monday, July 4. 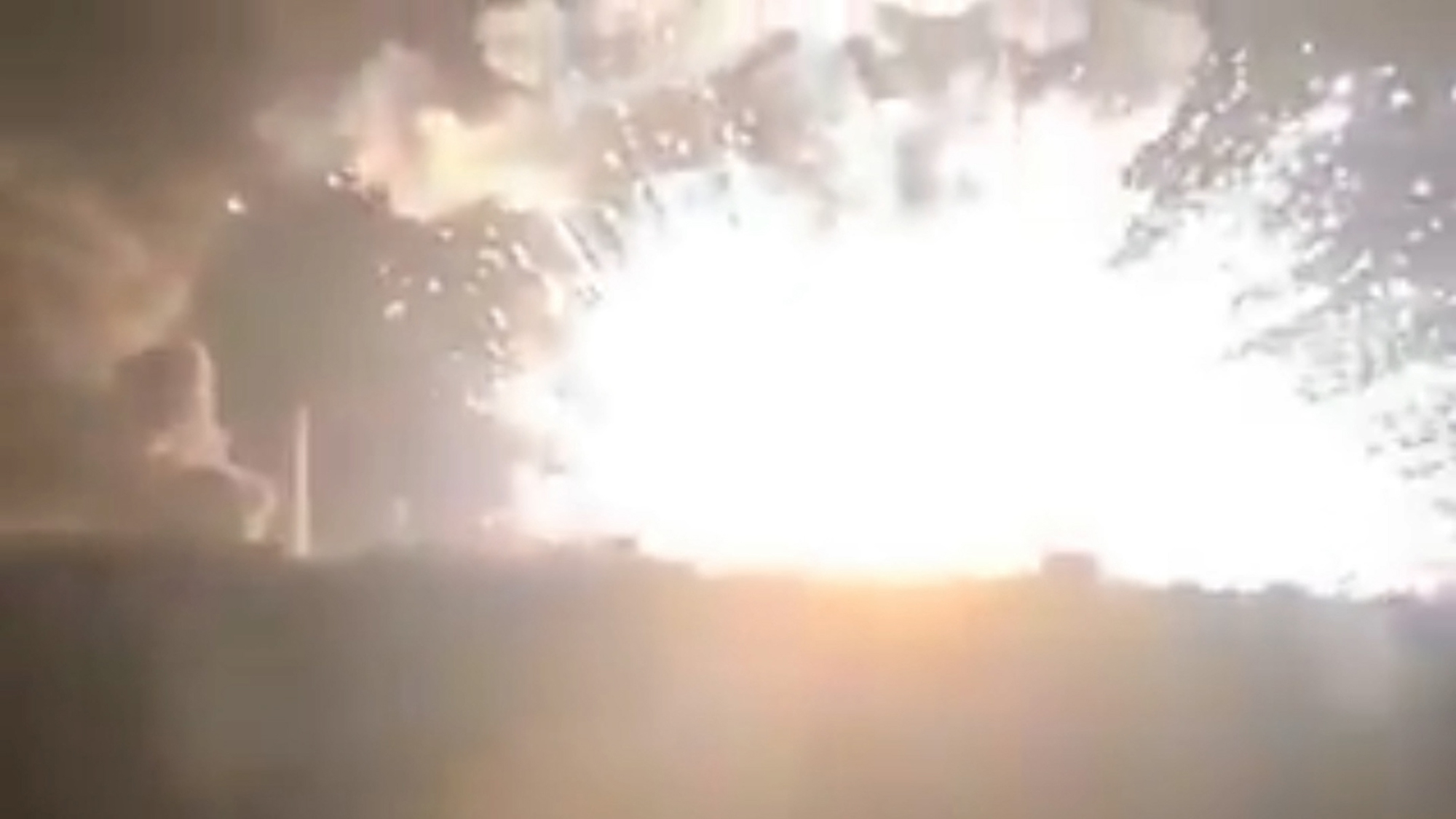 A massive explosion from a Russian ammunition warehouse in the Donetsk region in Ukraine. (@UkrainianLandForces/Zenger)

Russia and pro-Russian forces are now shifting their focus to the Donetsk region in eastern Ukraine after having captured the city of Lysychansk in the Luhansk region.

The footage shows a huge plume of smoke rising into the air as an inferno rages in the distance. Every now and then, explosions can be seen as the ammunition depots burn. Flashes light up the screen as larger explosions are triggered by the burning facilities.

The footage was obtained from the Ground Forces of the Armed Forces of Ukraine, as well as from the Ukrainian Office of Strategic Communications (StratCom) on Monday, July 4.

The Ground Forces said: “Fire show in Snizhny, Donetsk region. The blow fell on the ammunition depots of the occupiers.”

Snizhny is a city located in the Donetsk region in eastern Ukraine, on the border with the separatist pro-Russia Luhansk region.

Russian state media has claimed that two more British men captured by Russian troops in Ukraine have been charged with mercenary activities. They have been named as Dylan Healy, a chef who had been volunteering as an aid worker, and Andrew Hill, who was shown by Russia in military uniform.

The European Court of Human Rights intervened, demanding that the sentences be rescinded, but this was rejected by Russia, saying that it would not be implementing the court’s decisions anymore and that the decision to execute the men lies with the pro-Russian, so-called Donetsk People’s Republic.