The footage was obtained from the General Staff of the Armed Forces of Ukraine on Saturday, July 2. 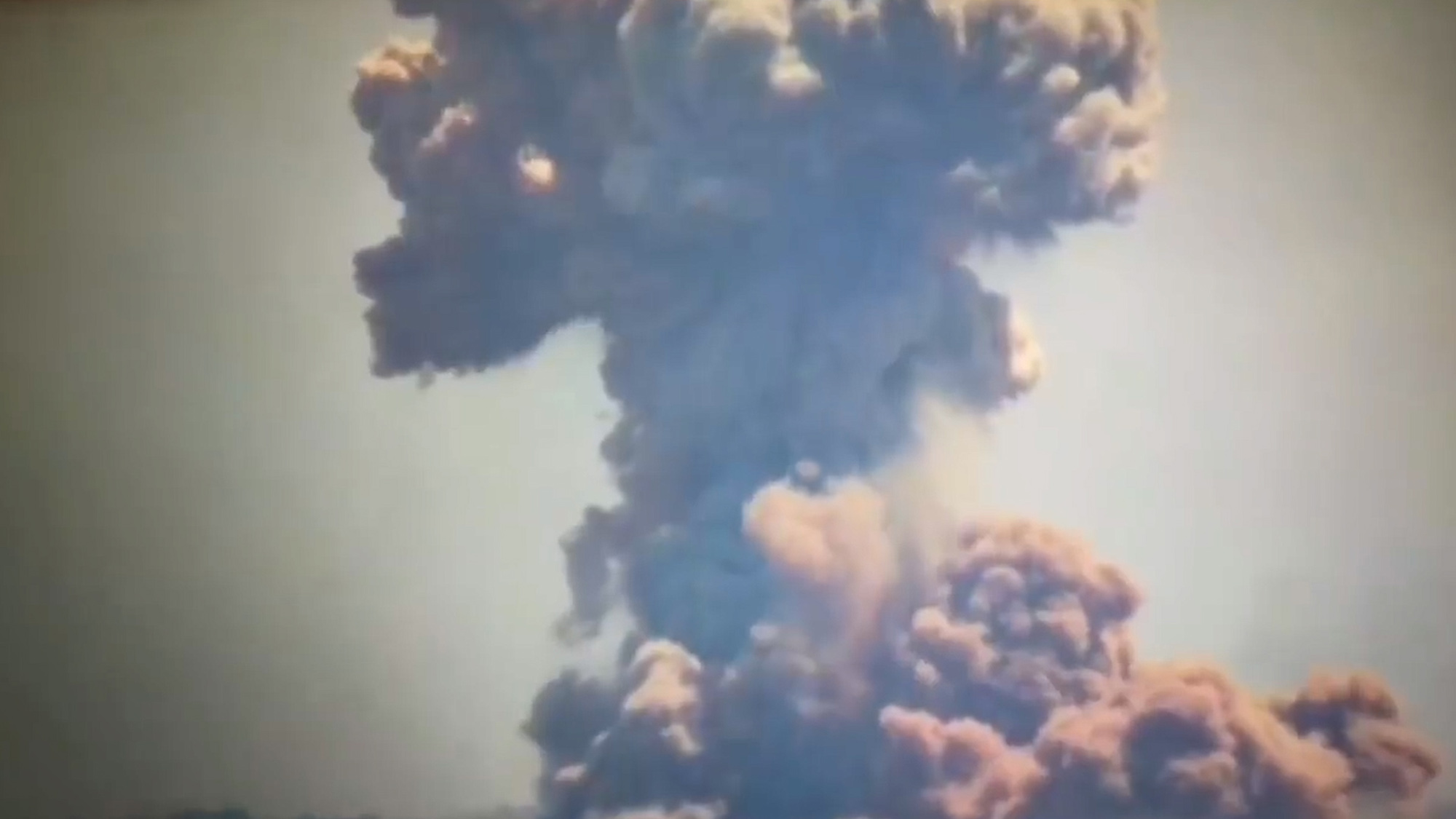 Plumes of smoke rose into the sky after reportedly a Russian ammunition warehouse exploded in Western Ukraine. (@AFUStratCom/Zenger)

Ukrainian forces destroyed a massive Russian ammunition depot in eastern Ukraine resulting in a huge explosion, as these images show.

The footage was obtained from the General Staff of the Armed Forces of Ukraine on Saturday, July 2, along with a short statement saying that the images show “how one of the ammunition depots of the Russian occupiers in eastern Ukraine exploded.”

Russia invaded Ukraine on February 24 in what the Kremlin is calling a “special military operation”. July 4 marks the 131st day of the invasion.