Suspect Louis James Edwards, 44, was arrested by officers of the Civil Guard at a Benidorm hotel on June 21. 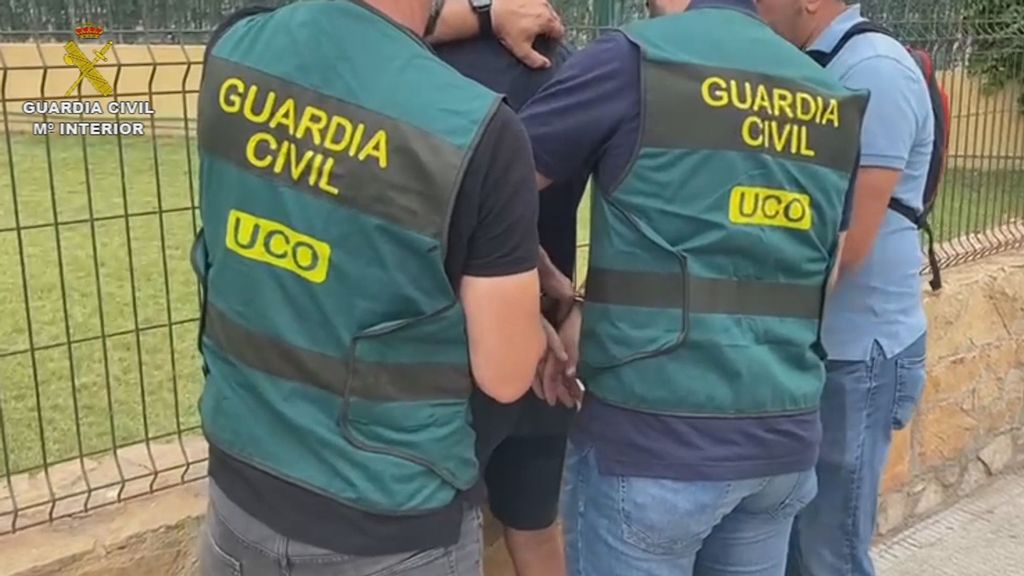 A British drug baron, dubbed one of the most wanted men in the United Kingdom, has been seized in Benidorm, a resort city on Spain’s southeastern shore in a Spanish police raid.

Suspect Louis James Edwards, 44, was arrested by officers of the Civil Guard, Spain’s national police force, at a Benidorm hotel on June 21.

In a second raid, another suspect – Dutch national Cornelis Korfet, 35 – was seized in nearby L’Alfas del Pi a day later.

An official video of shaven-headed Korfet’s arrest shows him trying to flee through a café while he is breakfasting with friends.

Edwards – in a second video – is shown being led barefoot through a Benidorm square by two officers in shorts and a T-shirt.

By the time he has arrived at the police station in handcuffs, police have found him some trainers and he is seen being locked into a scruffy cell.

Edwards is listed as one of Crimestoppers’ most wanted crooks.

He is believed to have led a criminal network that distributed cocaine all over southern England.

Korfet is wanted for attempted murder by Dutch police, who say he carried out a revenge shooting in a gang war, seriously injuring two victims.

Of Edwards, the Civil Guard said in a statement obtained by Zenger News: “Although the first investigations for the location of this person were activated in the province of Malaga, the trail followed by the agents took them to the province of Alicante, where they had important indications of the presence of the fugitive, further reinforced by having knowledge of the imminent transfer of relatives of the fugitive to that province, the latter thanks to the close collaboration of the Civil Guard with the British NCA (National Crime Agency).

“After close surveillance of this family group, the investigation focused on a hotel in Benidorm (Alicante), where L. J. E. was located and arrested.”

And of Korfet, the Civil Guard said: “The rapid collaboration between the Dutch police and the Civil Guard made it possible to locate this person in the province of Alicante, where it was confirmed that this same person had already been arrested on three occasions with different identities, none of them real, the first two in said province and the third in Barcelona.

“Once an intense surveillance on the criminal environment of the fugitive had been established, it was found that he was already using a fourth false identity, and he was located and arrested in the Alicante municipality of L’Alfas del Pi on June 22, having recently arrived from Barcelona.”

The Civil Guard did not provide any information about the men’s possible extradition to the UK and the Netherlands or how many years they face in jail if convicted.