The American research team created a new substance that is chemically more resistant to extreme temperatures. 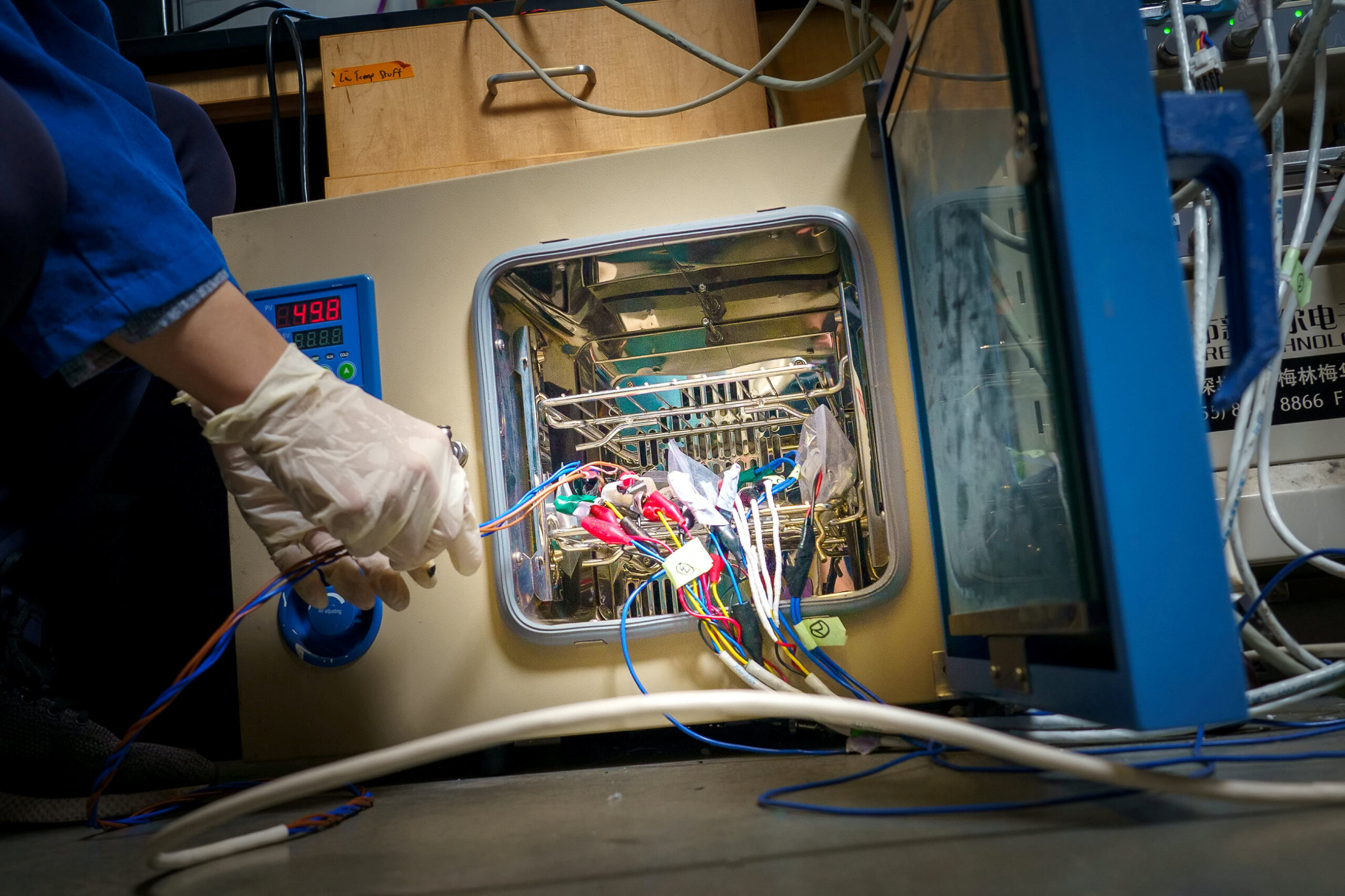 A new type of battery for electric vehicles can survive longer in extreme hot and cold temperatures, according to a new study. (Simon Galloway, SWNS/Zenger)

A new type of battery for electric vehicles can survive longer in extreme hot and cold temperatures, according to a new study.

Scientists say that the batteries would allow EVs to travel further on a single charge in cold temperatures – and they would be less prone to overheating in hot climates.

This would result in less frequent charging for EV drivers as well as giving the batteries a longer life.

The American research team created a new substance that is chemically more resistant to extreme temperatures and adding it to high-energy lithium batteries.

Senior author Professor Zheng Chen of the University of California-San Diego, said: “You need high-temperature operation in areas where the ambient temperature can reach the triple digits and the roads get even hotter.

“In electric vehicles, the battery packs are typically under the floor, close to these hot roads. Also, batteries warm up just from having a current run-through during operation.

“If the batteries cannot tolerate this warm-up at high temperature, their performance will quickly degrade.”

In a paper published today in the journal Proceedings of the National Academy of Sciences, the researchers describe how in tests, the batteries kept 87.5 percent and 115.9 percent of their energy capacity at –40 Celsius (–104 Fahrenheit) and 50 Celsius (122 Fahrenheit) respectively.

They also had high Coulombic efficiencies of 98.2 percent and 98.7 percent respectively, meaning the batteries can go through more charging cycles before they stop working.

This is thanks to an electrolyte which is made of lithium salt and dibutyl ether, a colorless liquid used in some manufacturing like pharmaceuticals and pesticides.

Dibutyl ether helps because its molecules let go of lithium ions easily as the battery runs and improves its performance in sub-zero temperatures.

Plus, dibutyl ether can easily stand the heat as its boiling point of 141 Celsius (285.8 Fahrenheit) means it stays liquid at high temperatures.

What makes this electrolyte so special is that it can be used with a lithium-sulfur battery, which is rechargeable and has an anode made of lithium and a cathode made of sulfur.

Anodes and cathodes are the parts of the battery through which the electrical current passes.

Lithium-sulfur batteries are an important next step in EV batteries because they can store up to two times more energy per kilogram than current lithium-ion batteries.

This could double the range of EVs without increasing the weight of the battery pack while keeping costs down.

Sulfur is also more abundant and causes less environmental and human suffering to source than cobalt, which is used in traditional lithium-ion battery cathodes.

Typically, there are problems with lithium-sulfur batteries – sulfur cathodes are so reactive that they dissolve when the battery is running and this gets worse at higher temperatures.

And lithium metal anodes can form needle-like structures called dendrites that can pierce parts of the battery causing it to short-circuit.

As a result, these batteries only last up to tens of cycles.

The dibutyl ether electrolyte developed by the UC-San Diego team fixes these problems, even at extreme temperatures.

The batteries they tested had much longer cycling lives than a typical lithium-sulfur battery.

Professor Chen said: “If you want a battery with high energy density, you typically need to use very harsh, complicated chemistry.

“Making a high-energy battery that is stable is a difficult task itself – trying to do this through a wide temperature range is even more challenging.

“Our electrolyte helps improve both the cathode side and anode side while providing high conductivity and interfacial stability.”

The team also engineered the sulfur cathode to be more stable by grafting it to a polymer. This prevents more sulfur from dissolving into the electrolyte.

The next steps include scaling up the battery chemistry so that it works at even higher temperatures and will further extend the cycle life.