Bark From The Dead: Overjoyed Couple Back With Pet Pooch That Fell Off Yacht And Swam Ashore

The police had found through Jolie’s microchip that she hailed from Denmark, and it did not take long to trace her owners. 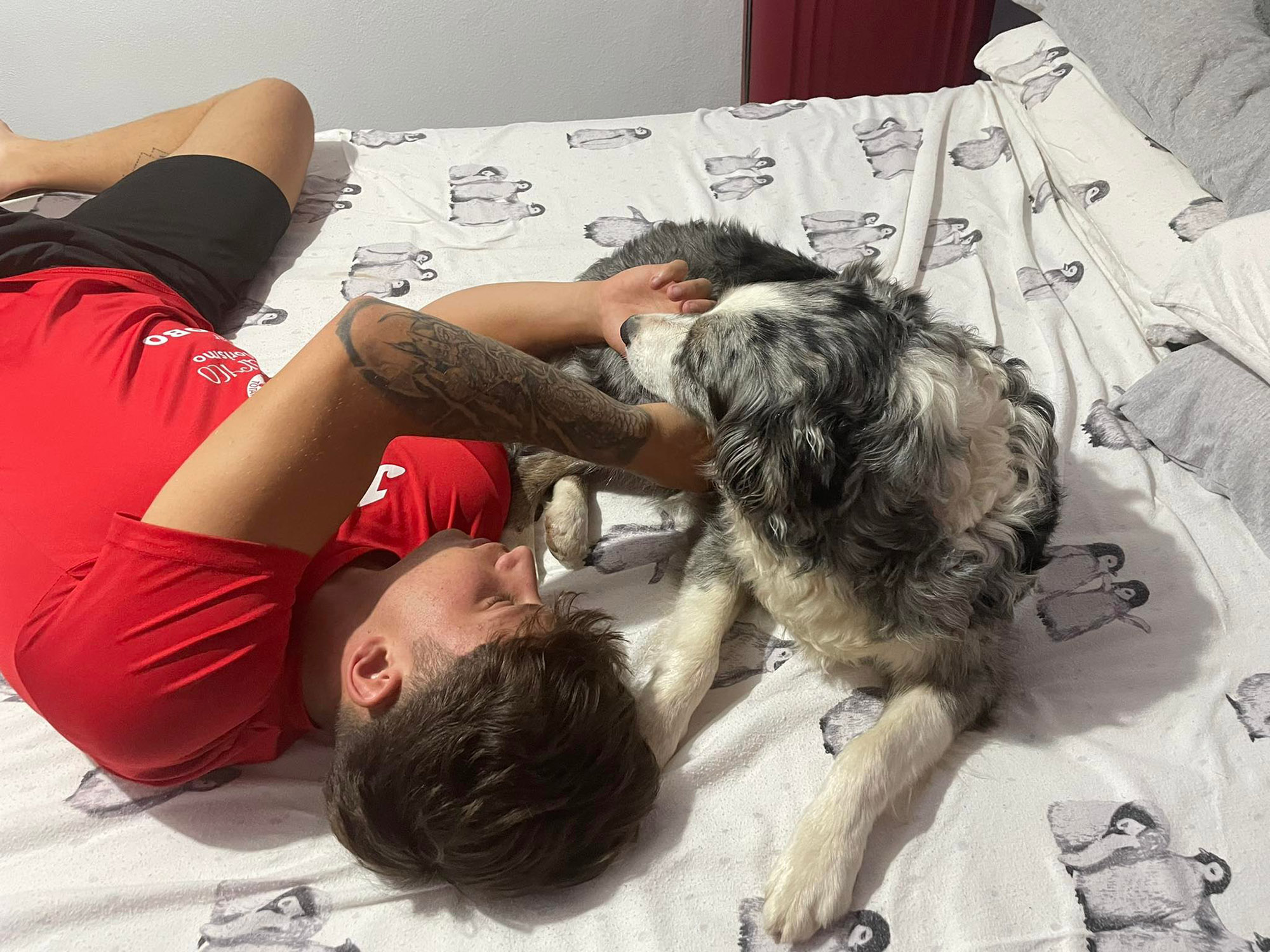 A dog named Jolie that fell into the sea when she was with her owners on a boat bound for Ibiza, was pictured with an unidentified man. (Aguiproan - Paws On Hearts/Zenger)

A pet pooch that fell off a boat in the Mediterranean and disappeared without a trace stunned her owners by swimming ashore days later alive and well.

Adorable Jolie had slipped off the deck of the yacht nearly 1,000 feet from the shore of Aguilas, a municipality and seaport in south-eastern Spain, in the province of Murcia, on June 21.

Her owners – a Danish couple traveling the world by boat – frantically searched for her in the water, but she was nowhere to be seen.

They returned ashore and put up posters in the hope their missing pet would be found.

But they had not heard anything for two days and decided with heavy hearts to sail on to their next destination, Ibiza, one of Spain’s Balearic Islands and a popular tourist destination.

But after they arrived on the island, they were amazed to get a phone call telling them that Jolie had been found alive on the mainland.

Late-night beach-goers had spotted Jolie in the water off Cabo Cope, in Aguilas, in the early hours of Friday, June 24, doggedly making her way back to land.

They called the police but allegedly got no help, so they pulled her from the sea themselves and took her to the local police station.

The police then handed her over to Marina Cook, the president of the local animal protection group Aguiproan – Paws On Hearts.

The police had found through Jolie’s microchip that she hailed from Denmark, and it did not take long to trace her owners.

While Marina was caring for the pooch following her traumatic ordeal, she was able to deliver the good news to the couple, who have not been named, later that day.

This tender footage shows how Marina reunited the couple with Jolie on the Friday night of June 24, after their return to the mainland.

The pet pooch can be heard squealing with joy and cannot stop wagging her tail as her owners give her a well-deserved rub.

It was first incorrectly reported that Jolie had covered a distance of over 124 miles after she fell in the water.

Marina told Zenger News in an interview that the boat was “stopped 300 meters [984 feet], more or less, from the beach” when the dog went overboard.

She also clarified: “There was no bad weather that made her fall off the boat.”

Initial reports said there were strong winds at the time.