"Archaeologists dug up the floor of the burial chamber, including the remains of the richly buried boy, last October."
By Joseph Golder July 4, 2022
Facebook
Twitter
Linkedin
Email 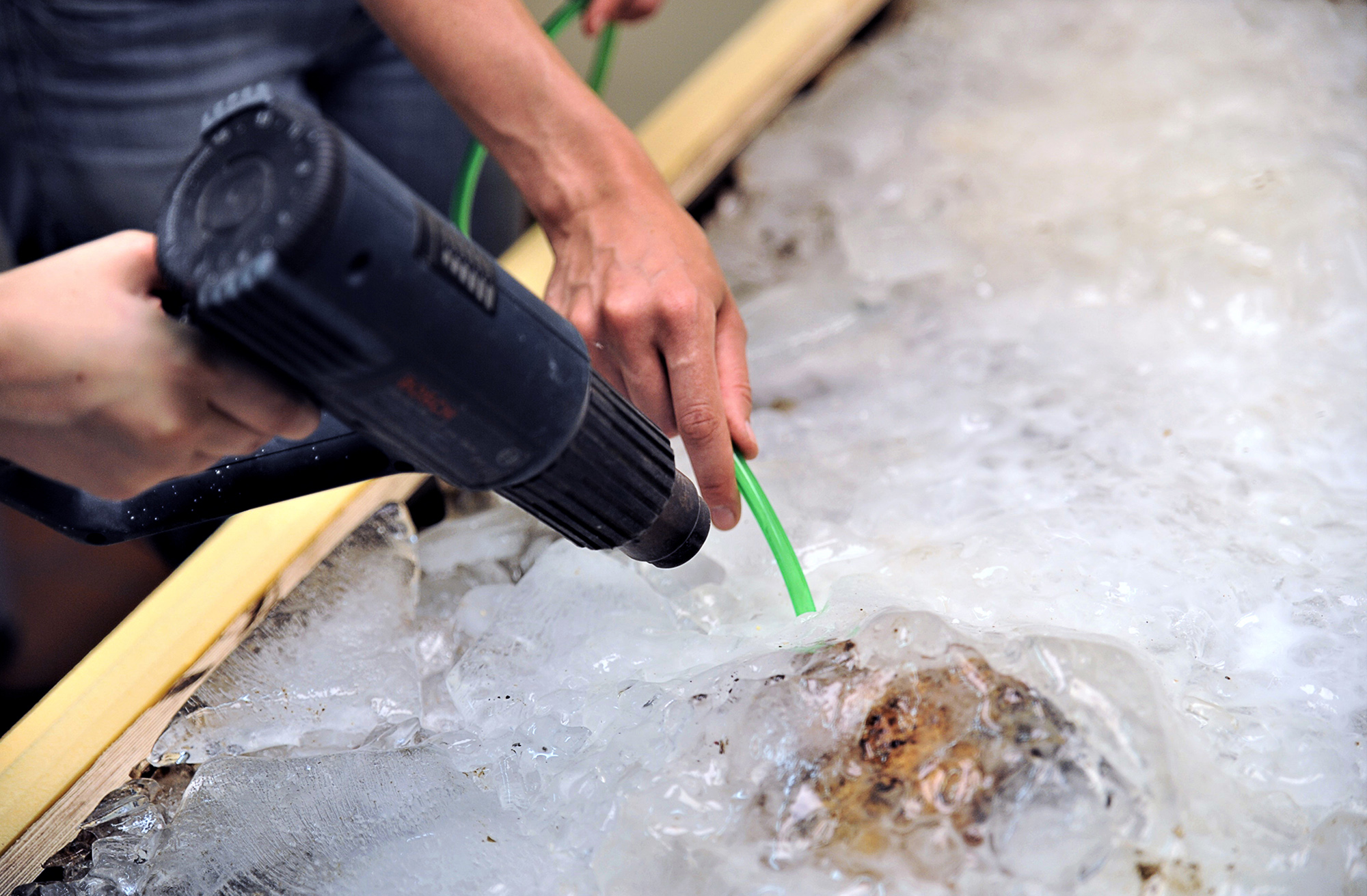 The defrosting process of the 1,300-year-old child's grave in the German state of Bavaria. (BLfD/Zenger)

Experts have used a new technique to thaw the 1,300-year-old remains of a child dubbed the “Ice Prince” after they froze them with nitrogen to preserve them.

The “Ice Prince” is thought to have been of high birth, as the experts also recovered a sword and scabbard, as well as other significant artifacts.

The Bavarian State Office for the Preservation of Monuments (Bayerisches Landesamt fur Denkmalpflege (BLFD) had recovered the grave in Tussenhausen, a municipality in the district of Unterallgau in Bavaria, in south-eastern Germany, in October 2021.

The BLFD said in a statement obtained on Wednesday, June 29, that “the ice shell had protected the exceptionally well-preserved burial during transport to the archaeological restoration workshop.”

They then examined the rare find. They said: “The so-called little ‘Ice Prince’ starts to sweat.

“To be more precise: restorers from the BLFD thawed him with a hot air gun and a soldering iron, among other things.”

The BLFD explained: “Since this week, they have been thawing the deep-frozen child’s grave from the 7th century in a controlled manner so that it can be examined.

“Archaeologists dug up the floor of the burial chamber, including the remains of the richly buried boy, last October.”

They then froze the discovery with nitrogen to preserve it.

They said: “In order to protect them during transport from the site of discovery in Tussenhausen, Bavaria, to the Bamberg depot, a team from the Bavarian State Office for the Preservation of Monuments moistened the contents of the chamber with water layer by layer to stabilize them and shock-freeze them with liquid nitrogen.”

The experts said it was the first time such a technique had been used to recover the contents of a grave.

They said: “This was the first time a grave had been recovered using this technique. Monument conservators from the State Office had developed this method especially for this case.”

Mathias Pfeil, the chief curator and the head of the BLFD, said: “The recovered block containing the child’s skeleton was stored in a freezer for several months. Now the nickname of our little ice prince will soon be obsolete.

“Its protective ice armor is being carefully and successively broken down through targeted heating. Our restoration team has meticulously prepared this process.”

The BLFD also said: “For the thawing process, the recovered block, which has been deep-frozen for several months and weighs around 800 kilograms, is brought from the freezer cell into a specially prepared room whose humidity can be controlled and adjusted according to the state of preservation of the block.”

It said that it was then drained off using a special suction device so that the condensation water that was released did not damage the find.

The experts also took regular breaks during the process, with a cooling hood being used so as to ensure “a constant temperature of minus four degrees Celsius [24.8 Fahrenheit].”

They said that the thawing process is expected to take several days, adding: “Afterwards, experts including anthropologists and archaeobotanists will analyze the first material samples.”

They then plan to study the discovery to find out more about the circumstances of the child’s burial.

The experts think that the child might have been from a high social class, as the remains were found with “a sword with a belt decorated with gold fittings and rich ornaments such as gold leaf crosses and silver bracelets”.

The organic remains are also said to be of great importance, with Britt Nowak-Boeck, the head of the archaeological restoration workshops of the BLFD, saying: “Numerous remains of fabric and leather, for example from the scabbard, the weapon belt and the clothes, are preserved.

“They promise very interesting insights into the materials used to make the grave and into early medieval textile technology.”