It is unclear where exactly in Ukraine the images were filmed.
By Joseph Golder July 4, 2022
Facebook
Twitter
Linkedin
Email 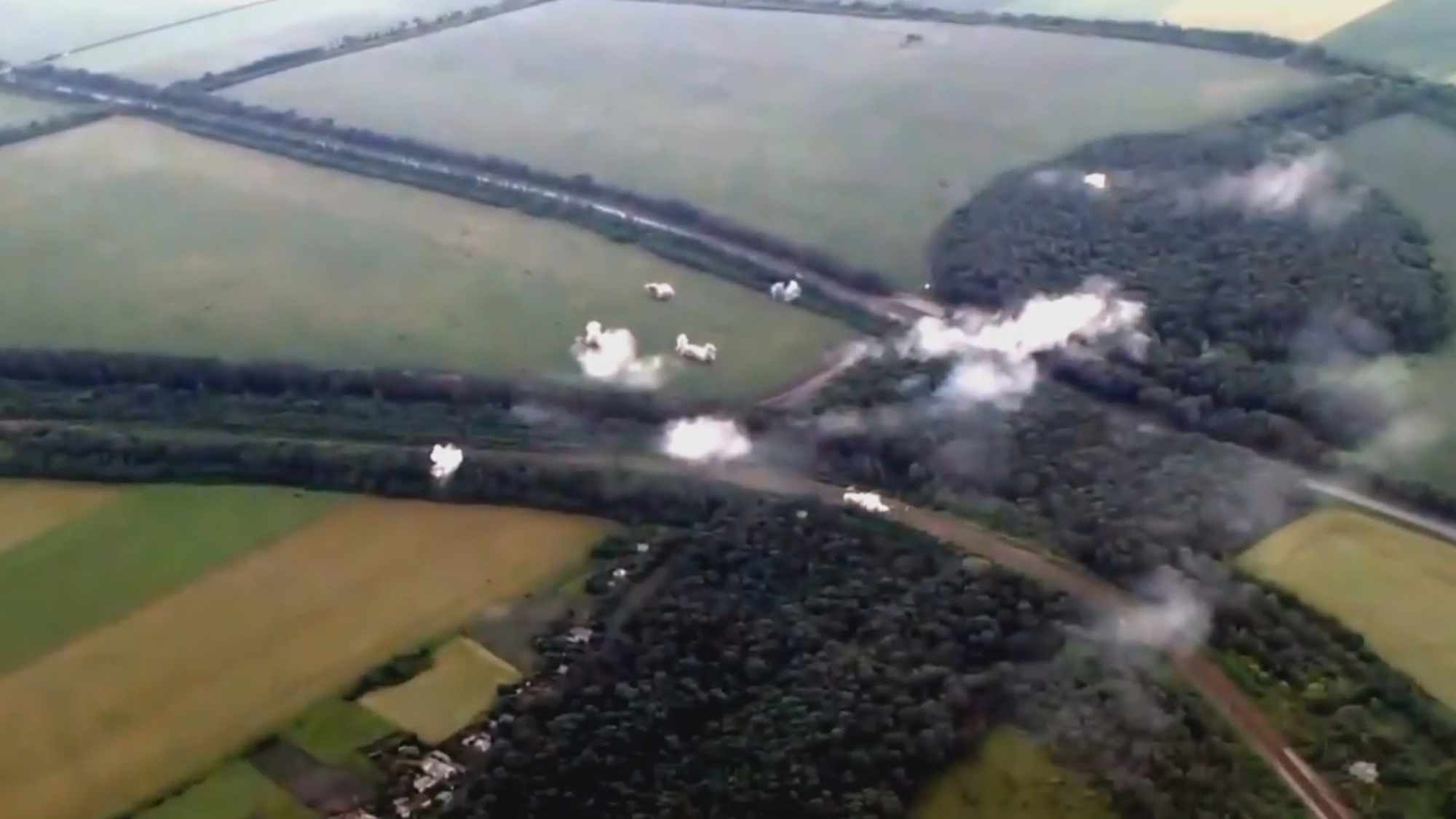 The Zhytomyr 95th Brigade destroyed a convoy of Russian Army vehicles with ammunition, in June, 2022. (Command of the Airborne Assault Troops of the Armed Forces of Ukraine/Zenger)

It is unclear where exactly in Ukraine the images were filmed, but they were obtained from the Command of the Airborne Assault Troops of the Armed Forces of Ukraine who said in a statement on Thursday, June 30 that they show how the “reactive artillery of the Zhytomyr brigade of the DShV [the Ukrainian Air Assault Forces] destroyed a convoy of the occupiers’ vehicles with ammunition.”

They added: “The video recorded the successful infliction of fire damage by the rocket artillery unit of the 95th Air Assault Brigade of the Armed Forces of Ukraine on a motor vehicle convoy with ammunition belonging to the Russian occupiers.”

The 95th Air Assault Brigade is headquartered in Zhytomyr, a city in the Zhytomyr Oblast region of western Ukraine, west of the capital Kyiv, during peacetime. It is considered one of the most elite units of the Ukrainian military.

Russia invaded Ukraine on February 24 in what the Kremlin is calling a “special military operation.” July 1 marks the 128th day of the invasion.

A missile strike on Odessa has killed 18 people including two children, according to regional governor Maksym Marchenko, with over 30 people hospitalized. Ukrainian Brigadier General Oleksii Hromov has said that Russia is using inaccurate missiles from old Soviet stockpiles in over half of its strikes on the country.

Russia accused Norway of disrupting critical supplies from being delivered to the Svalbard islands near Greenland on Wednesday, June 29, threatening to retaliate. But Norway said that it was not blocking access to the archipelago in the Arctic, stating that it was only applying international sanctions and that the Russians had other ways of getting there.

Russian refers to the islands as Grumant, having claimed to have discovered them more than a century ago. A Russian company conducts mining operations there.

NATO leaders have called Russia “the most significant and direct threat to allies’ security and stability,” and announced a new “strategic concept” in response to President Vladimir Putin’s ongoing invasion of Ukraine. NATO is planning to boost its quick reaction forces from 40,000 troops to over 300,000 troops.

President Erdogan has since said that Turkey could still block Finland and Sweden from joining the Alliance if they fail to meet his expectations to extradite people designated by Turkey as suspected terrorists.