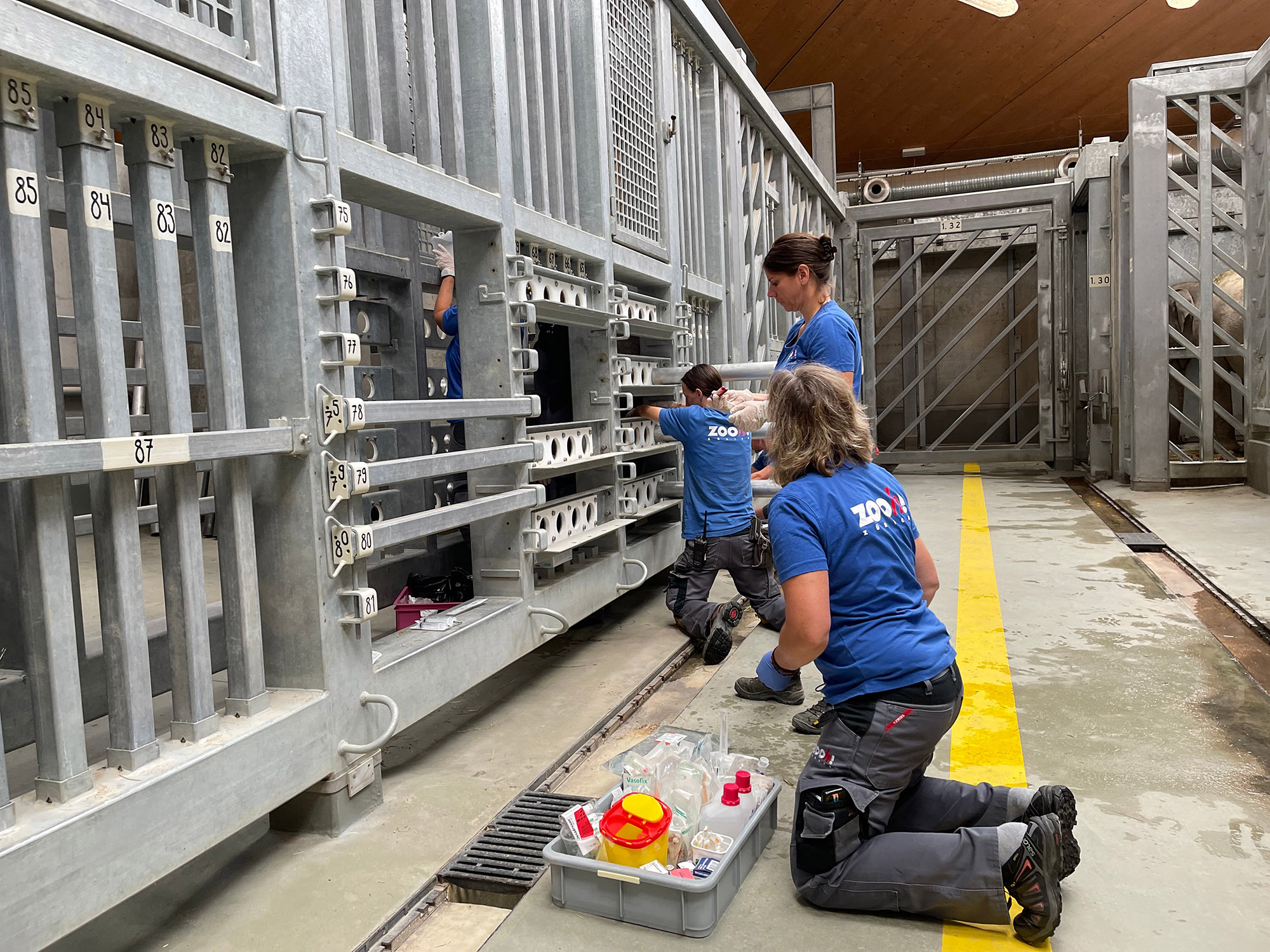 A two-year-old elephant has died despite keepers’ best efforts after it contracted a herpes virus at Zurich zoo in Switzerland.

Umesh, a young male, died on the evening of Tuesday, June 28, with zookeepers letting the young bull’s family spend some time with the body, to say goodbye, as elephants are known to mourn their dead.

The herpes virus, Elephant Endotheliotropic Herpes Virus (EEHV), is quite common among large mammals, but it is especially dangerous to young elephants.

They added that Umesh had “contracted a herpes virus that is typical of elephants and is particularly dangerous for young animals.”

The zoo also said: “After starting antiviral therapy over the weekend, Umesh’s blood counts showed no improvement and continued to deteriorate. On Tuesday morning he showed the first symptoms of the dreaded disease, after which he died suddenly in the evening, despite the ongoing treatment.”

Umesh’s body is now being examined by medical experts.

The zoo explained: “Umesh is now being examined by the pathologists at the animal hospital. This investigation can help to better understand the ‘Elephant Endotheliotropic Herpes Virus’ (EEHV) in the future and to further optimize the treatment methods. For example, research is currently being carried out with the aim of developing a vaccination against EEHV. This could protect young elephants from the virus in the future.”

The statement continued: “Zurich Zoo deeply regrets the death of Umesh. EEHV is very common among elephants, so most animals come into contact with it at some point and become infected. There is always a risk, especially for young animals, that it will suddenly break out. This affects both elephants in zoos and in wild populations.

“We thank the tireless efforts of the veterinarians, the curator and all animal keepers who have done everything they can to help Umesh in the last few days.”

The zoo explained that up to two-thirds of all deaths in young Asian elephants in European and American zoos can be traced back to EEHV.

The Asian elephant (Elephas maximus) is listed as ‘endangered’ on the International Union for Conservation of Nature’s (IUCN) Red List of Threatened Species.