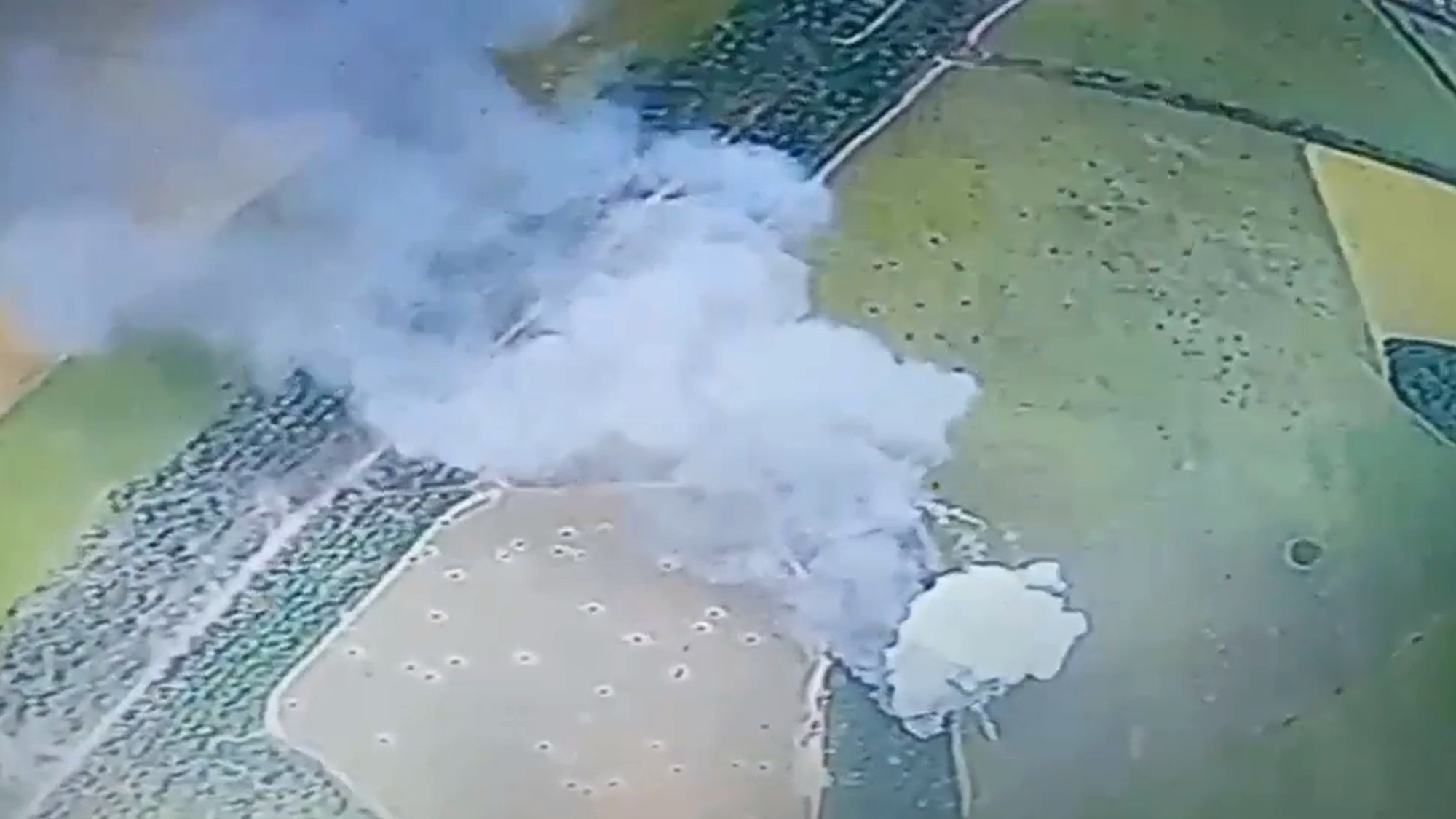 Ukrainian Armed forcers destroy the ammunition depot of the Russian Army with the help of with the help of unmanned aerial system Valkyrie in Donbas, Ukraine, in June, 2022. (AFU StratCom/Zenger)

A Russian weapons ammo went up in smoke after being hit by a Ukrainian ‘Hurricane’ rocket launcher.

Operational Command North said on June 30: “Somewhere in the Donbas, with the help of the BPAC, our defenders accurately aimed at the ammunition depot with the ‘Hurricane’ and found it! Glory to Ukraine!”

The information was also relayed by the Office of Strategic Communications (StratCom) of the Armed Forces of Ukraine.

We contacted the Ukrainian military and Operational Command North for further comment, as well as the Russian Ministry of Defense, but haven’t received a reply at the time of writing.

Russia invaded Ukraine on February 24 in what the Kremlin is still calling a “special military operation.” July 1 marks the 128th day of the invasion.

A missile strike on Odesa has killed 18 people including two children, according to regional governor Maksym Marchenko, with over 30 people hospitalized. Ukrainian Brigadier General Oleksii Hromov has said that Russia is using inaccurate missiles from old Soviet stockpiles in over half of its strikes on the country.

Russia accused Norway of disrupting critical supplies from being delivered to the Svalbard islands on Wednesday, June 29, threatening to retaliate. But Norway said that it was not blocking access to the archipelago in the Arctic, stating that it was only applying international sanctions and that the Russians had other ways of getting there.

Russia refers to the Svalbard archipelago as Grumant, having long claimed to have discovered the islands. A Russian firm conducts mining operations there.

NATO leaders recently called Russia “the most significant and direct threat to allies’ security and stability,” and announced a new “strategic concept” in response to President Vladimir Putin’s ongoing invasion of Ukraine. NATO is planning to boost its quick reaction forces from 40,000 troops to over 300,000 troops.

NATO has also formally invited Sweden and Finland to become members of the alliance. The move comes after Turkey agreed to support Finland and Sweden’s NATO membership. NATO Secretary-General Jens Stoltenberg has said Sweden and Finland will formally sign the NATO accession protocol on Tuesday, July 5.