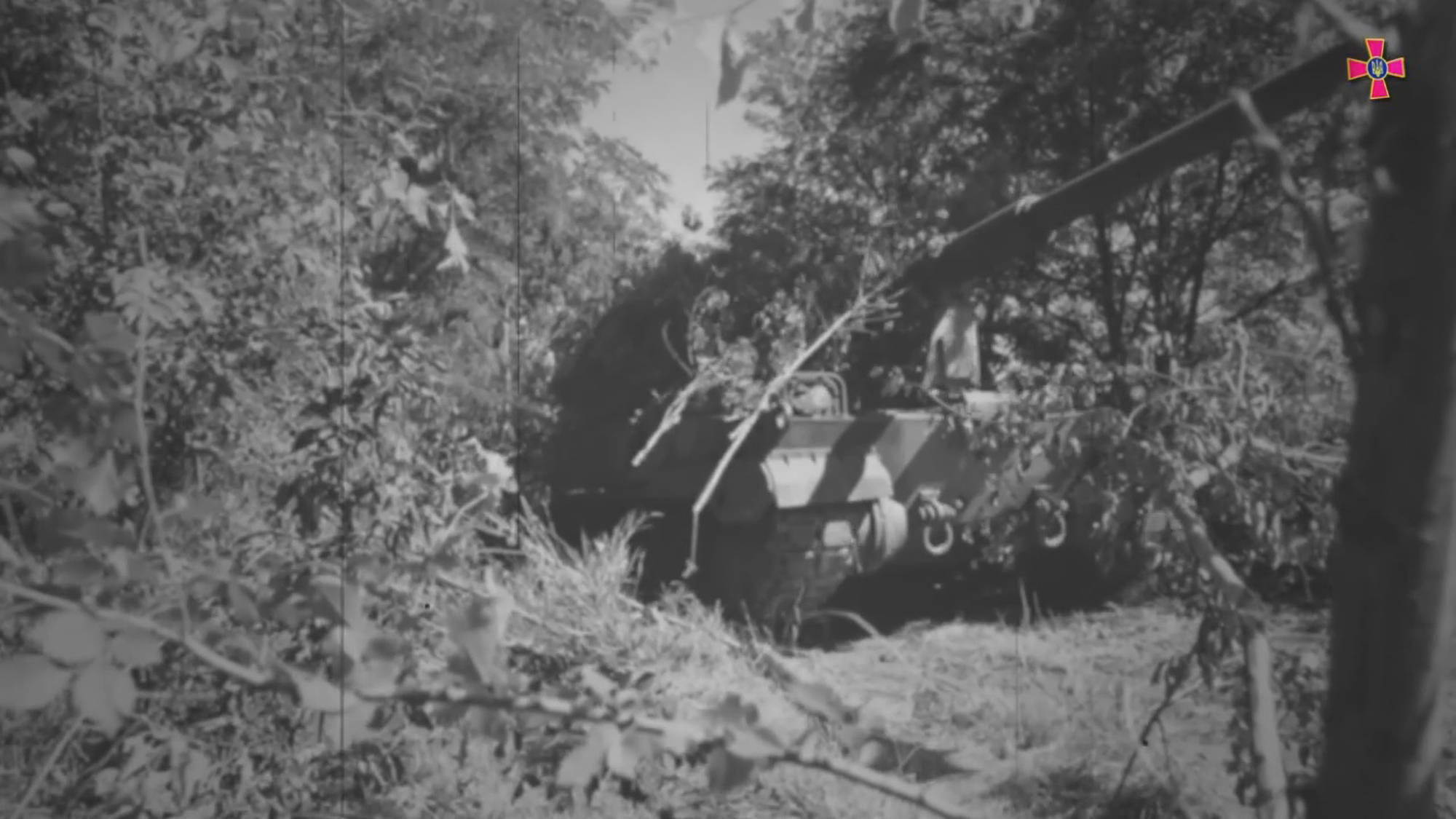 These images show a Polish howitzer in action against Russian troops as the Commander-in-Chief of the Ukrainian Armed Forces praises the country’s allies for their military support.

The footage was obtained from the Commander-in-Chief of the Armed Forces of Ukraine, Valerii Zaluzhnyi, 48, on Friday, July 1, along with a statement saying: “We did not attack anyone. We protect our own. We are the first army of peace.

“Arms, ammunition, and equipment provided by partner countries help us protect peace in Ukraine and throughout Europe.

“The video shows the work of Polish self-propelled guns ‘Krab’.”

The footage shows a Polish AHS Krab, a self-propelled tracked gun-howitzer in action. The video ends with an on-screen message saying: “The Armed Forces of Ukraine are sincerely grateful to the Polish people for the effective support and assistance. We feel your reliable shoulder to lean on!”

The information was also relayed by the General Staff and the Office of Strategic Communications (StratCom) of the Armed Forces of Ukraine.

Russia invaded Ukraine on February 24 in what the Kremlin calls a “special military operation.” Today marks the 128th day of the invasion.

According to regional governor Maksym Marchenko, a missile strike on Odessa has killed 18 people, including two children, with over 30 people hospitalized. Ukrainian Brigadier General Oleksii Hromov has said that Russia is using inaccurate missiles from old Soviet stockpiles in over half of its strikes on the country.

Russia accused Norway of disrupting critical supplies from being delivered to its Svalbard islands on Wednesday, June 29, threatening to retaliate. But Norway said that it was not blocking access to the archipelago in the Arctic, stating that it was only applying international sanctions and that the Russians had other ways of getting there.

There is a Russian company that operates a mine on Svalbard island.

NATO leaders have called Russia “the most significant and direct threat to allies’ security and stability,” and announced a new “strategic concept” in response to President Vladimir Putin’s ongoing invasion of Ukraine. NATO is planning to boost its quick reaction forces from 40,000 troops to over 300,000 troops.

President Erdogan has since said that Turkey could still block Finland and Sweden from joining the alliance if they failed to meet his expectations to extradite people designated by Turkey as suspected terrorists.

«Previous Post
Recycled Confusion: Most Adults Unaware Of What Can And Can’t Be Recycled»Next Post
Russia Shows Off Its Fighter Jets And Claims To Have Taken Out Ukrainian Targets