Researchers have found the Rock Dove - also known as the rock pigeon - living in islands off the coast of the British Isles.
By Simona Kitanovska July 4, 2022
Facebook
Twitter
Linkedin
Email 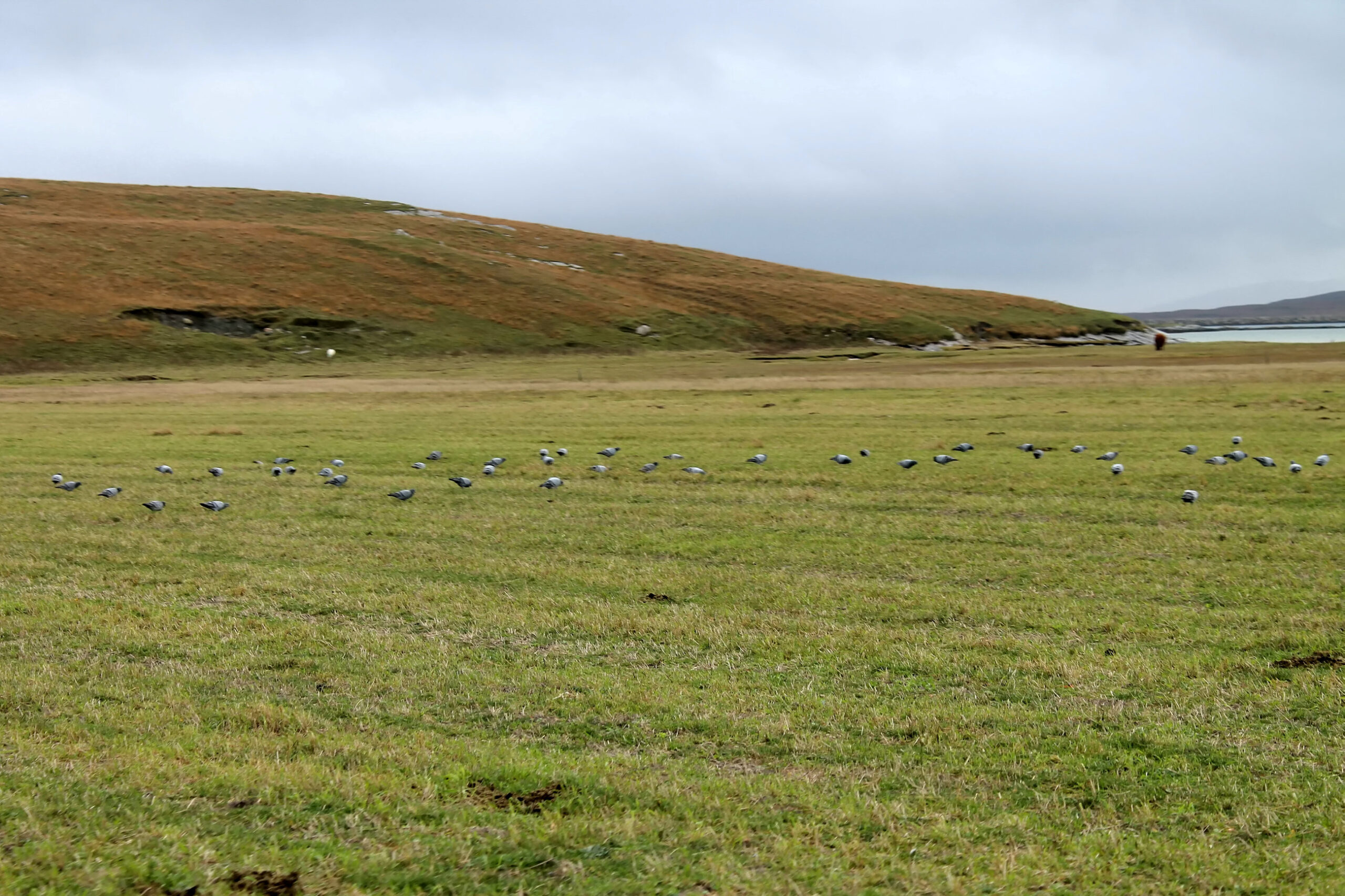 Rare wild pigeons extinct in most of the world have been discovered living in remote parts of Scotland and Ireland. (Steve Chatterley, SWNS/Zenger)

Rare wild pigeons extinct in most of the world have been discovered living in remote parts of Scotland and Ireland.

Researchers have found the Rock Dove – also known as the rock pigeon – living in islands off the coast of the British Isles.

An Oxford University team used DNA tests to find the creatures, which are the wild ancestors of common, feral pigeons seen in towns and cities.

Rock Doves, which nest in sea caves and mountains, are extinct in much of the world.

While feral pigeons, which come from escaped domesticated birds, can be found in towns and cities all over the world, Rock Dove populations have been declining.

They once flew and lived across huge expanses of Africa, Asia and Europe but now only live in small areas which feral pigeons have not been able to colonize.

Studying the decline of the Rock Dove had been difficult for researchers because they had bred so extensively with feral pigeons.

Due to interbreeding many experts believe there are no truly wild rock pigeons left.

However, potential colonies exist in Europe, Denmark’s Faroe Islands north of Scotland, parts of the Mediterranean, and parts of the British Isles.

For the study, the team studied populations of birds thought to be Rock Doves in Scotland and Ireland.

They analyzed their DNA to determine whether the birds were truly ‘wild,’ and to estimate how much genetic influence from feral pigeons different wild populations had experienced.

They studied both feral pigeons and putative rock pigeons in North Uist in the Outer Hebrides, the Orkney Islands off the north of Scotland, and Cape Clear Island in Ireland.

The team took feather samples from the birds for DNA analysis.

By sequencing pigeons’ DNA they were able to show the differences between feral pigeons and Rock Doves, and also measure the degree of interbreeding between the two forms of the species.

Results showed Rock Doves descended from the wild lineage from which all feral and domesticated pigeons come.

Rock Doves in the Outer Hebrides were found to be almost free of feral pigeon influence.

In contrast, Rock Doves in Orkney have experienced extensive interbreeding with feral pigeons and are at risk of becoming extinct as a distinct lineage.

The researchers said it was “surprising” to find the Rock Doves on the Outer Hebrides had not bred much with feral pigeons.

Feral pigeons are being found on these islands more and more often, which could mean the number of wild pigeons could be continuing to decline.

The team say recording the distribution and genetic status of the creatures will help remaining Rock Dove populations and help them understand other wild pigeons that could be living in other parts of the world.

Lead study author Will Smith, who is an Oxford PhD student said: “We identified feral pigeon ancestry in most of the Scottish and Irish Rock Dove populations we sampled, and there have been feral pigeons in Europe for hundreds of years.

“It was therefore really surprising to discover that the Outer Hebridean Rock Doves showed negligible signs of hybridization.”

The findings were published in the journal iScience.

«Previous Post
Recycled Confusion: Most Adults Unaware Of What Can And Can’t Be Recycled»Next Post
A Rare Bird: One Of A Kind ‘Dinosaur Bird’ Patiently Awaits A Mate To Save Their Species