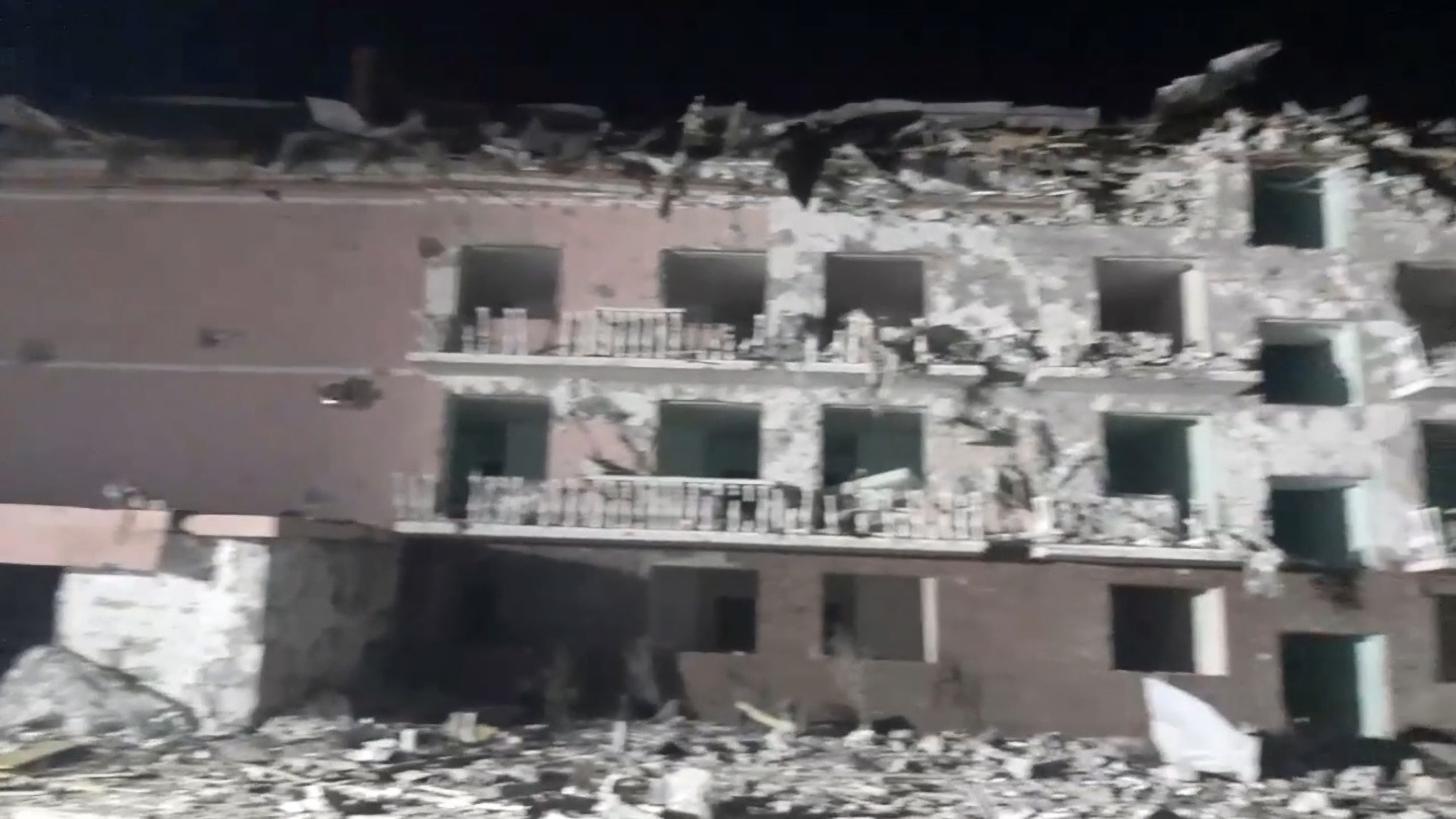 Rescue efforts are ongoing after Russian night-time missile strikes killed at least 19 people and injured another 38 on the outskirts of Odesa.

Rescuers can be seen looking for survivors in the ruined buildings. The streets in front of them appear to be covered in debris, with vehicles damaged too.

As the footage ends, rescuers can be seen carrying a bodybag from one of the buildings.

The State Emergency Service (SES) of Ukraine first said at around 5 a.m. on Friday, July 1, that “at around 1 a.m. in the Belgorod-Dnistrovsky district, a missile strike caused the partial destruction of a three-story and four-story recreational buildings, killing three people, including a child, and injuring one person. [Our] work [is] in progress.”

The SES then issued a further statement shortly before 11 a.m., saying that “as a result of a missile attack in Serhiivka village of the Bilhorod-Dnistrovsky district, 19 people died.”

Serhiivka is a settlement in the Bilhorod-Dnistrovskyi Raion, which is located in the Odesa Oblast region, on the outskirts of the port city of Odesa.

The SES also said that: “A total of 75 people and 19 units are involved in rescue operations, including 67 people and 11 units from the State Emergency Service. Rescue efforts are ongoing.”

We contacted The State Emergency Service of Ukraine for further comment, as well as the Russian Defense Ministry, but haven’t received a reply at the time of writing.

U.S. President Joe Biden announced that the United States will increase its military forces across Europe.