The dramatic rescue was captured on camera as he was pulled to safety from under a train.
By Simona Kitanovska July 4, 2022
Facebook
Twitter
Linkedin
Email 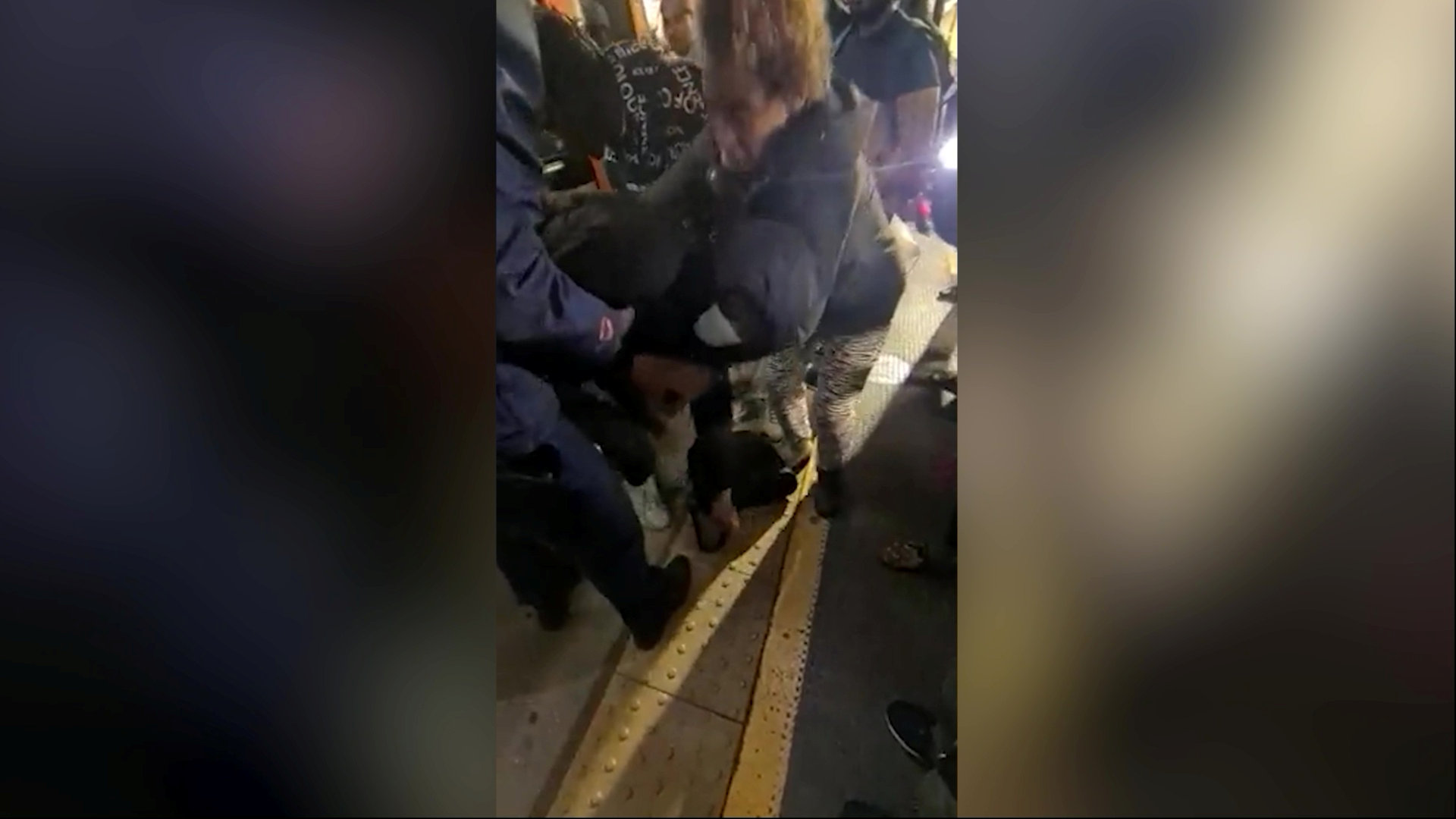 A man was saved by a quick-thinking woman who managed to stop the train from moving off after she saw him fall through the gap between the carriage and the platform. (Matthew Newby SWNS/Zenger)

A man was saved by a quick-thinking woman who managed to stop the train from moving off after she saw him fall through the gap between the carriage and the platform in England.

He narrowly avoided being run over by a train following the freak accident that saw him collapse and slip through the small space onto the tracks.

The passenger had to be hauled to safety from under the wheels of the London Overground train and was only saved by the woman’s swift actions after she luckily saw him fall and warned the driver to stop.

She witnessed the moment he started stumbling, then collapse and slip onto the track at Blackhorse Road station near Walthamstow in north of Greater London on Tuesday night, June 28, at around 10:45 p.m.

He was pulled to safety by a group of fellow passengers who managed to drag him back through the gap and onto the platform.

The dramatic rescue was captured on camera as he was pulled to safety from under a train.

A group of shocked passengers and a station worker could be seen gathered round to help and carefully pull the man back onto the platform, seemingly unharmed.

In the footage, the man appeared to be dazed and weak as he was pulled up and then slumped over one rescuer’s arm.

The unnamed woman who witnessed the incident is said to have halted the train by holding a door open and shouting “stop” to the driver.

She said in the video: “I’m walking and he’s stumbling and I’m looking at him and he’s gone towards the train and he’s just slipped through the gap, and the doors are about to close and I’m shouting, don’t [drive off].”

Another woman in the clip told her: “God bless you, you are the angel sent, trust me. He would’ve died.”

She was also praised by another witness who said: “Miracles do happen every day. This young girl saved a life today. She took a risk in order to save this boy’s life.”

It’s not clear why the man collapsed, but when asked if he fainted, the woman replied “yes.”

A witness to the aftermath of the incident, said: “It was a scary moment, everyone was screaming and rushing to help.

“As for the young lady that raised the alarm, she was an angel sent. She was actually the one that saw the young man slip. I’m so glad no life was lost, he was so lucky she was there.”

Transport for London (Tfl) confirmed the train was held on the platform while staff pulled the passenger to safety.

Staff members offered to call an ambulance and sat with the passenger, who left the station a short time later.

But the London Ambulance Service said their paramedics were not called to the scene.

A spokesman for TfL said: “Staff and nearby customers helped pull a customer to safety, who fell between the platform and train at Blackhorse Road station. This must have been an upsetting incident for everyone involved and we are thankful that the customer was able to leave the station unharmed.”