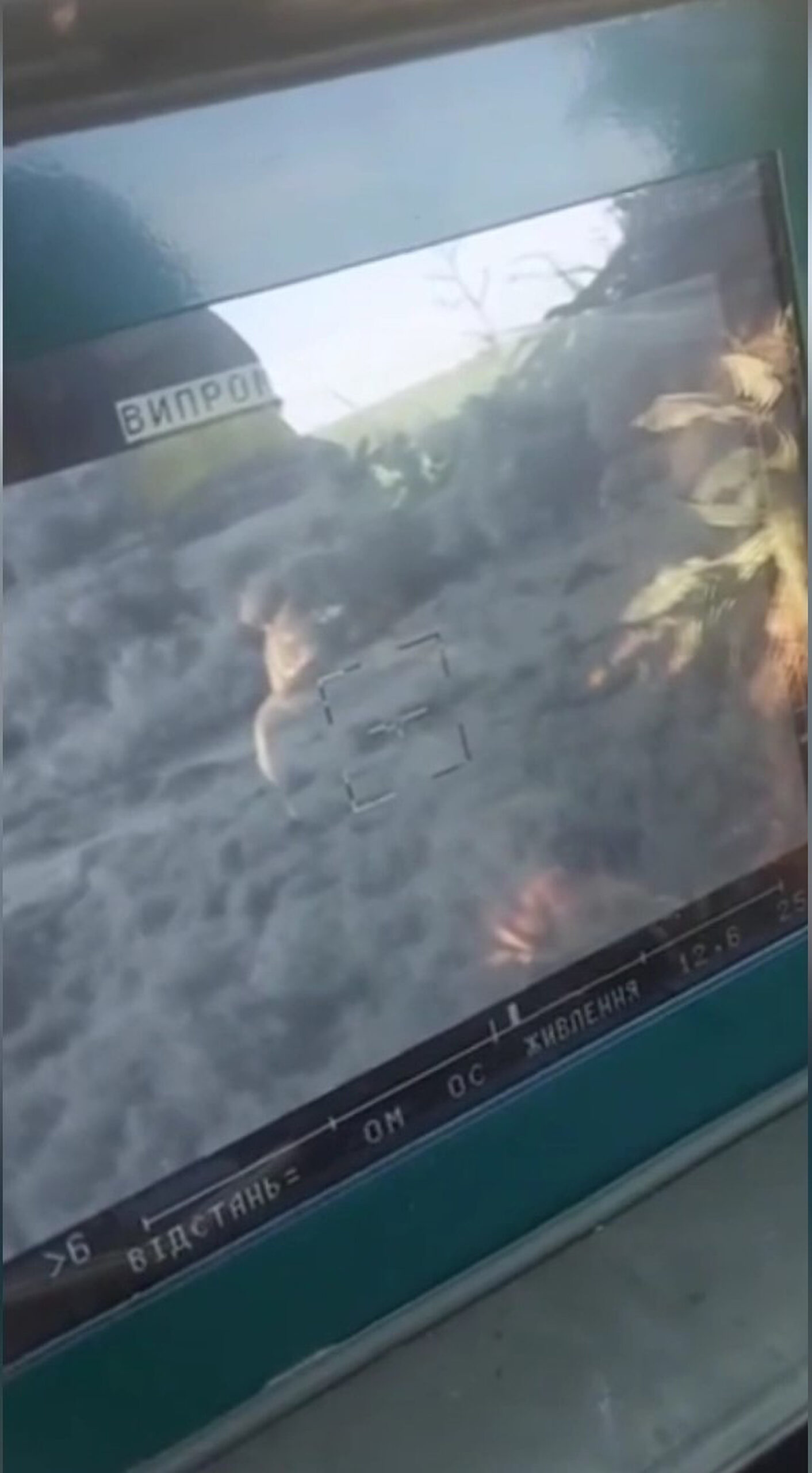 Anti-tankers of the Odesa Marine Brigade of the Ukrainian Armed Forces destroyed a Russian tank in the Kherson direction with the help of the Stugna-P ATGM. (@35obrmp/Zenger)

Ukrainian Marines destroyed a Russian tank with a Stugna-P guided missile, as can be seen from these images.

The footage begins with the missile being fired before it is shown hitting a Russian tank head on. The Stugna-P is a Ukrainian-made, anti-tank guided missile that was designed in the early 2010s to destroy modern armored vehicles.

The Ukrainian military said that the video was filmed near Kherson, which is a Russian-occupied city in the Kherson Oblast region of southern Ukraine, not far from the city of Mykolaiv and the strategically vital port city of Odesa.

The Office of Strategic Communications (StratCom) of the Armed Forces of Ukraine also relayed the information.

The 35th Marine Infantry Brigade is part of the Ukrainian Navy and is garrisoned in Dachne, a village near Odesa, in southern Ukraine, in peacetime.

We contacted the 35th Marine Infantry Brigade for further comment, as well as the Russian Ministry of Defense, but haven’t received a reply at the time of writing.

A missile strike on Odesa has killed 18 people including two children, according to regional governor Maksym Marchenko, with over 30 people hospitalized. Ukrainian Brigadier General Oleksii Hromov has said that Russia is using inaccurate missiles from old Soviet stockpiles in over half of its strike on the country.

U.S. President Joe Biden announced that the U.S. will increase its military forces across Europe.