The research was commissioned by Beavertown Brewery, to celebrate World UFO Day which falls on Saturday, July 2. 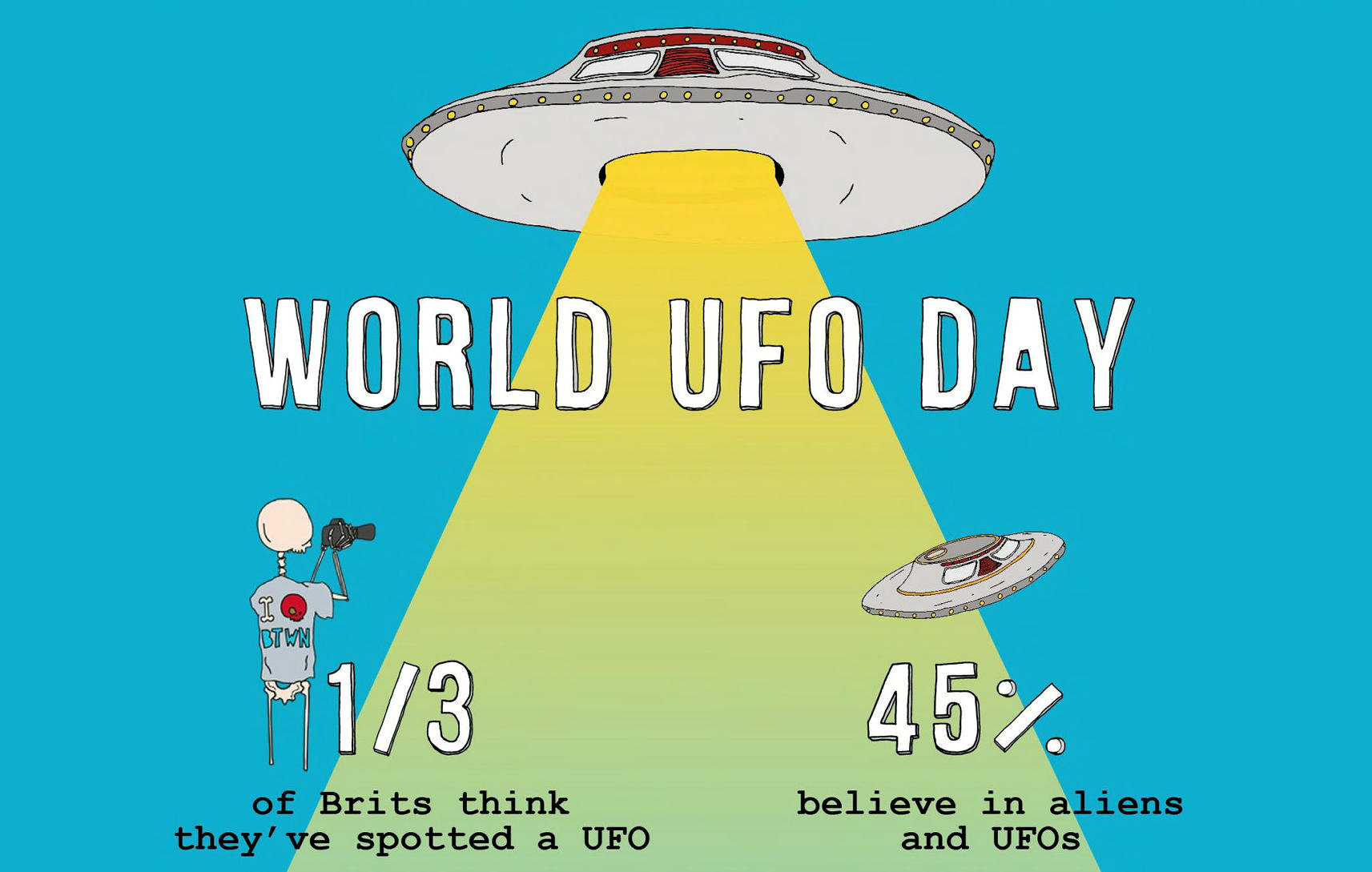 A third of Brits claim they’ve spotted a UFO - with 58 per cent of these even reporting their sighting to the police. (Steve Chatterley, SWNS/Zenger)

A third of the British population claim they’ve spotted a UFO – with 58 percent of these even reporting their sighting to the police.

A study of 2,000 adults found 37 percent believe they’ve witnessed something ‘out of the ordinary’, although 35 percent put it down to an optical illusion.

While 45 percent admit they had thought UFOs and aliens existed for as long as they can remember, 23 percent describe themselves as ‘true believers’ of extra-terrestrial life.

And a third say they want to believe that there are alien beings out there – despite not being fully confident in the myth or theory.

The research was commissioned by Beavertown Brewery, to celebrate World UFO Day which falls on Saturday, July 2.

A spokesperson for the artisan brewery said: “You often hear the stories out there that people have legitimately spotted sightings of aliens or UFOs in cities across the country.

“We have always wondered just how many Brits believe in aliens, so it’s been really interesting to look at the research this World UFO Day and find out how people feel about extra-terrestrial life.”

Documentaries (36 percent), reading online materials (24 percent) and friends and family (22 percent), are where people typically learn about aliens or other unusual sightings.

More than four in 10 (43 percent) are alien enthusiasts because they would like to think there’s more beyond what we know, while 21 percent say it’s what they’ve always grown up to believe.

A third actively go out to look for unusual sightings and 33 percent have even come up with their own story about these unexplainable things.

When quizzed on their own city, 26 percent claim where they live is a ‘hot spot’ for unusual sightings – with Londoners believing this the most, followed by those living in the North East.

Three in 10 openly talk about UFOs and unusual sightings without any shame while 40 percent would rather keep their theories to themselves.

Despite this, 48 percent agree they don’t trust in anything they can’t find an obvious answer for.

Lack of evidence (42 percent), thinking people are just making it up (31 percent) and being designed to scare people (24 percent) are the top reasons for not always believing in something that can’t be explained.

However, 41 percent say UFOs and aliens are interesting to learn about even if they don’t always think they are real.

The study, conducted via OnePoll, also found 61 percent admit there are certain events in history, such as how the first person landed on the moon, that baffle them and they are yet to understand.

The Bermuda Triangle (23 percent) and the Illuminati (17 percent) are among the other theories or myths people like to think are true.

And 26 percent think Area 51 is secretly used to investigate UFOs and aliens.

Beavertown’s spokesperson added: “There are lots of strange happenings in the sky and people should feel encouraged to share their stories, especially on days like World UFO Day.

“There are more believers out there than we think and we want to celebrate them over a pint.”

«Previous Post
Heartwarming Research: Scientists To Trial The First Ever Treatment For Broken Heart Syndrome»Next Post
I Like Pew: People Who Smell Alike Are More Likely To Be Pals, Says Study