The video shows what departing on a military mission to attack the enemy in the Luhansk Region looks like.
By Joseph Golder July 4, 2022
Facebook
Twitter
Linkedin
Email 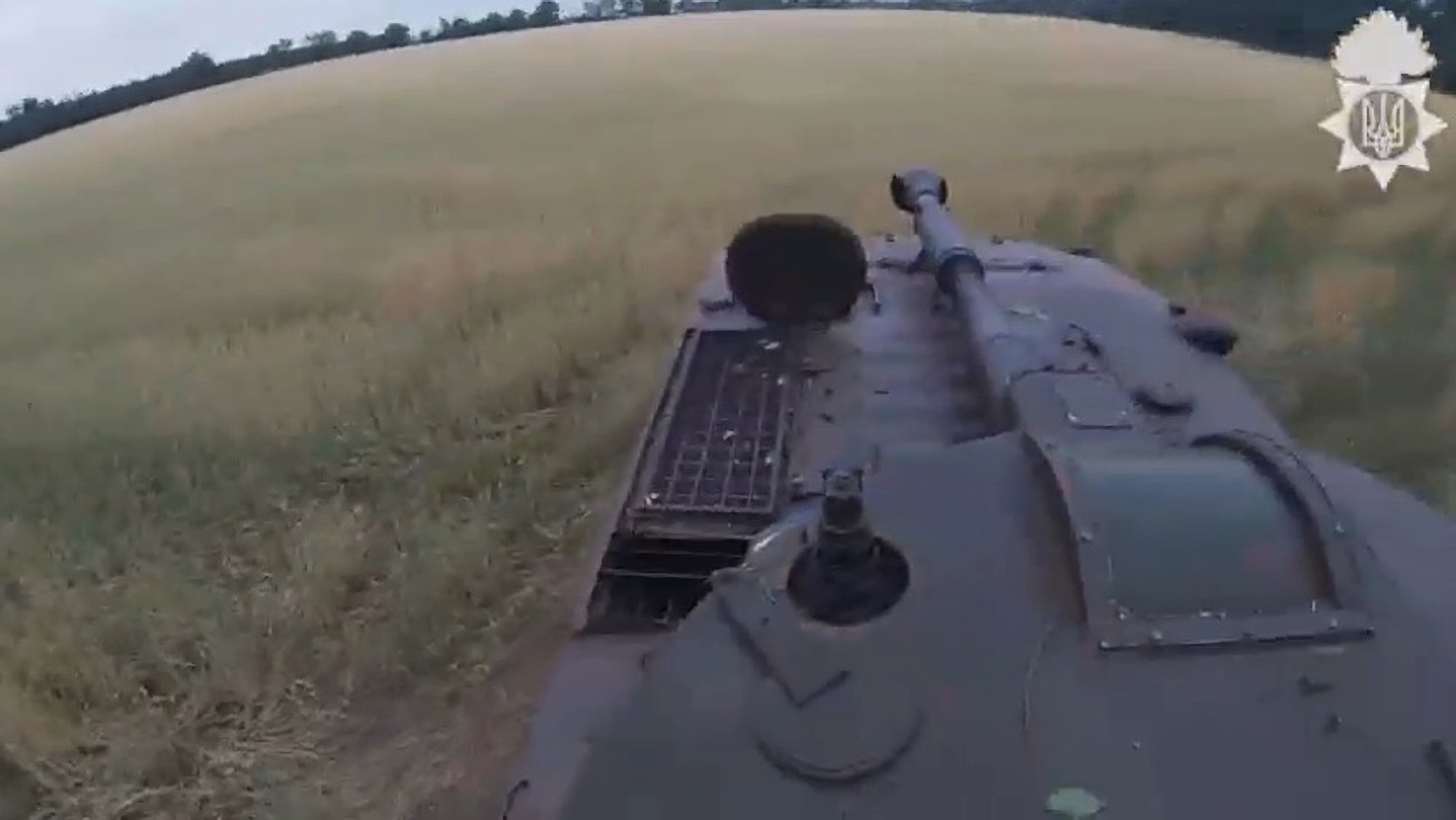 This is what a day in the life of a Ukrainian commander of a self-propelled howitzer looks like, as can be seen from this footage.

Ukrainian troops seemingly get into the self-propelled howitzer and drive off.

The video, shot from the point of view of the vehicle’s commander, who spends a considerable amount of time with his head up out of the hatch, directing his men, then shows the machine in action.

The soldiers inside the vehicle can be seen repeatedly firing shells before reloading.

Self-propelled howitzers, while similar to tanks, are usually much more fragile and are fundamentally different in that they cannot usually withstand direct missile from heavy weaponry.

On the other hand, their long guns can fire much further than a tank’s gun. They also do not require direct line of sight to hit their targets, unlike most tanks.

The images were obtained from the National Guard of Ukraine on Friday, July 1.

They were also relayed by the Western Territorial Administration of the National Guard of Ukraine, who said that the vehicle was a 2S1 ‘Gvozdika’, which means ‘Carnation’ in English. The 2S1 Gvozdika was originally built by the Soviet Union and entered service in the late 1970s.

The National Guard said in a short statement that the footage shows “what the departure of artillerymen of the National Guard of Ukraine on a combat mission looks like through the eyes of the crew commander.”

They added: “The Guardsmen are attacking the enemy in the Luhansk Region.”

A missile strike on Odesa has killed 18 people including two children, according to regional governor Maksym Marchenko, with over 30 people hospitalized. Ukrainian Brigadier General Oleksii Hromov has said that Russia is using inaccurate missiles from old Soviet stockpiles in over half of its strikes on the country.

U.S. President Joe Biden announced that the United States will increase its military forces across Europe.