It is unclear where exactly in Ukraine the images were filmed, but they were obtained from SSO, on Wednesday, June 29.
By Joseph Golder July 1, 2022
Facebook
Twitter
Linkedin
Email 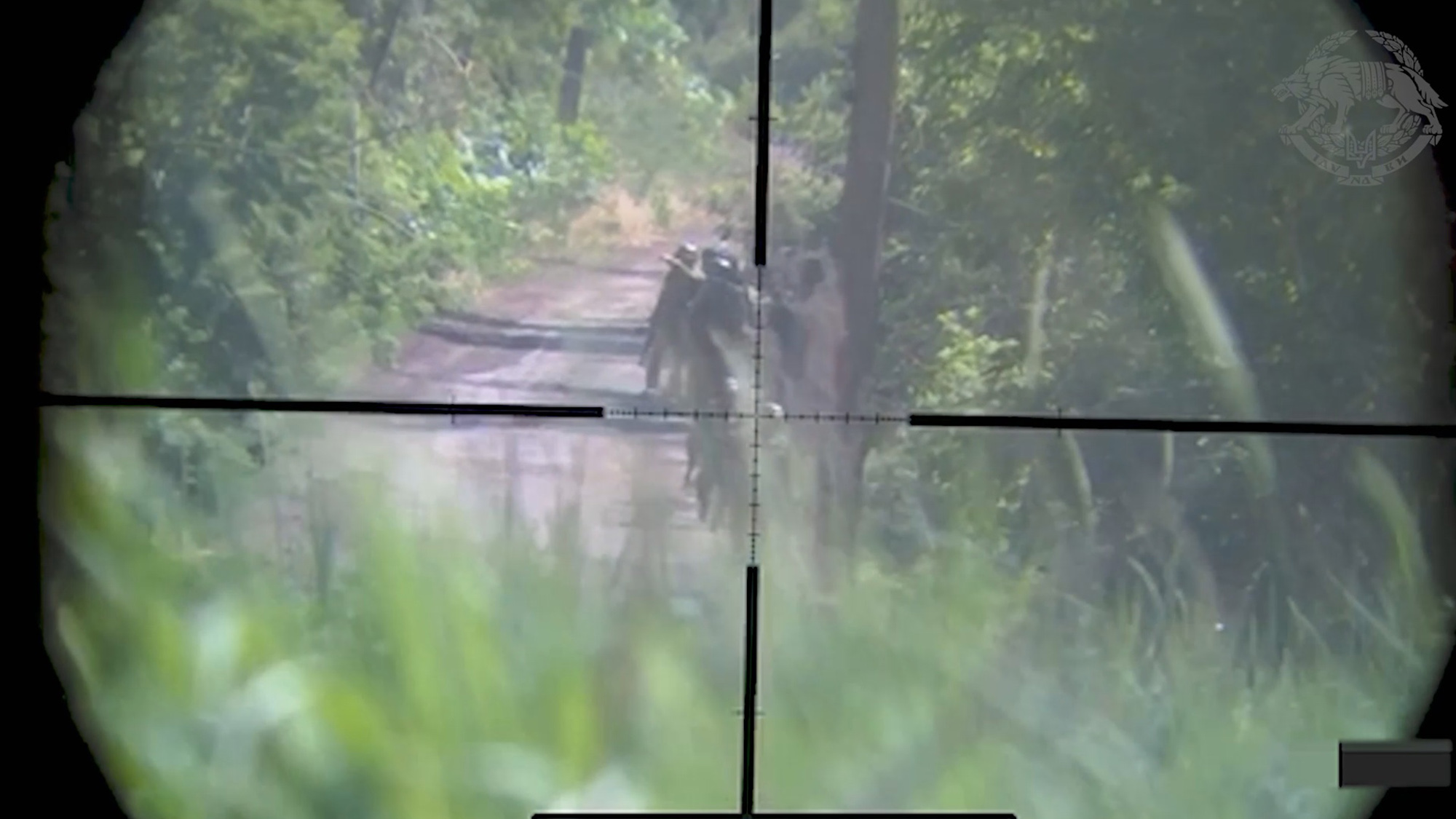 SSO showed the work of a sniper who destroys a group of Russian soldiers. (@usofcom/Zenger)

It is unclear where exactly in Ukraine the images were filmed, but they were obtained from the Command of the Special Operations Forces (SSO) of the Armed Forces of Ukraine on Wednesday, June 29, along with a statement saying: “He waited for the enemy to gather in a heap, then struck suddenly.

“We show you a video of the real work of a sniper of the SSO of Ukraine. These unique shots were taken by our soldiers in one of the areas where the Special Operations Forces work.

“The video shows that the Russian soldiers, unaware that the next few seconds would be their last, moved freely through the unprotected area. The Russians themselves went out to meet the bullets fired in time and accurately by the SSO sniper of Ukraine.”

We contacted the Command of the SSO of the Armed Forces of Ukraine for further comment, as well as the Russian Defense Ministry, but haven’t received a reply at the time of writing.

Russia invaded Ukraine on February 24 in what the Kremlin is calling a “special military operation”. June 30 marks the 127th day of the invasion.

But President Putin said: “If Finland and Sweden wish to, they can join. That’s up to them. They can join whatever they want.”

He added: “If military contingents and military infrastructure were deployed there, we would be obliged to respond symmetrically and raise the same threats for those territories where threats have arisen for us.”

The Russian missile strike on a shopping mall in the central Ukrainian city of Kremenchuk has been described by Ukrainian President Volodymyr Zelenskyy as one of the “most brazen terrorist acts in European history.” Over 1,000 people are said to have been inside the building when it was hit by missiles. Eighteen people have so far been confirmed dead.

Reacting to reports about the strike on the crowded shopping mall, Putin claimed: “Our army does not attack any civilian infrastructure site. We have every capability of knowing what is situated where.”