It is currently unclear where exactly in Ukraine the images were filmed, but they were obtained from the StratCom.
By Joseph Golder July 1, 2022
Facebook
Twitter
Linkedin
Email 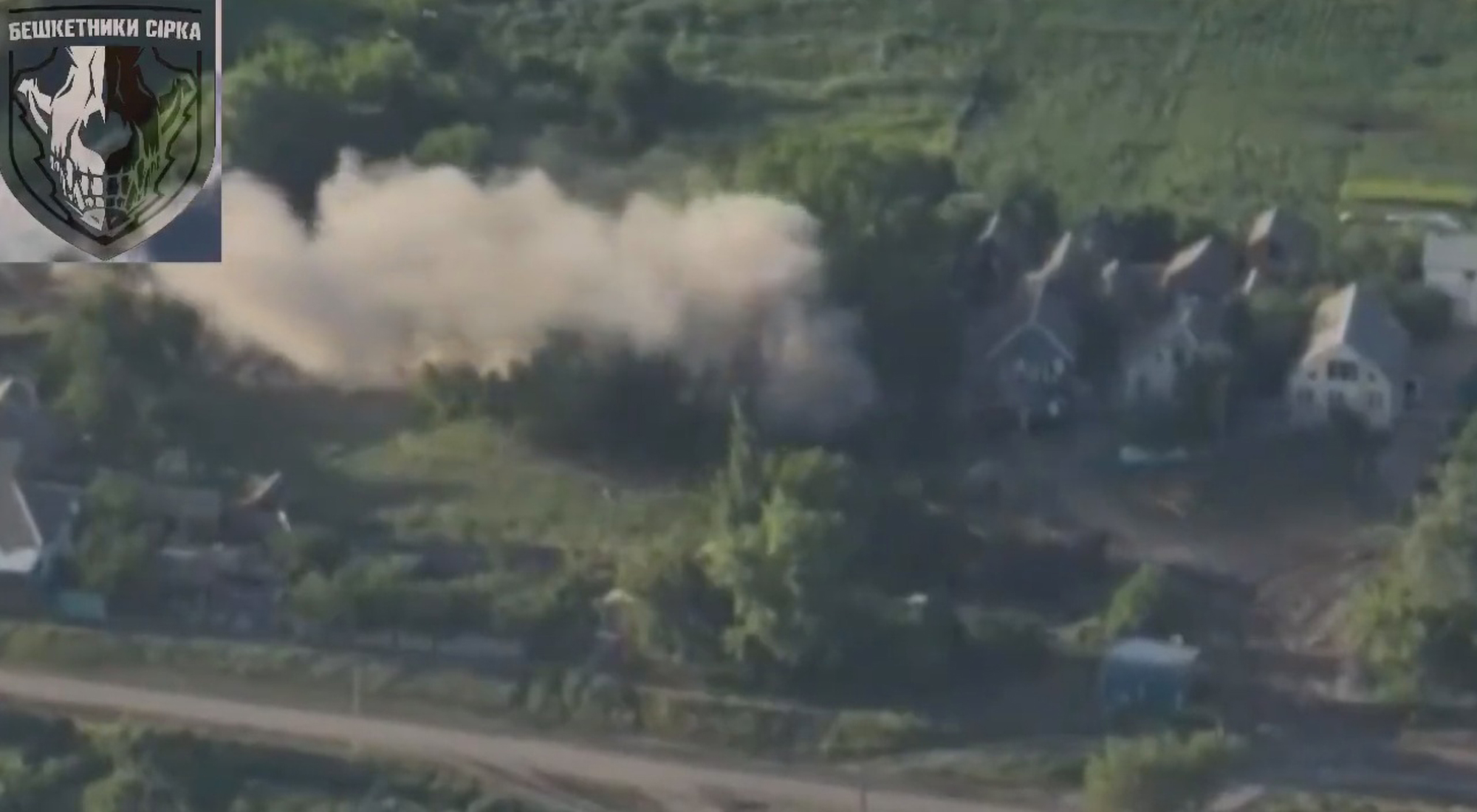 Ukrainian forces reportedly destroyed a Russian supply truck, as can be seen from these images.

It is currently unclear where exactly in Ukraine the images were filmed but they were obtained from the Strategic Communications Department (StratCom) of the Armed Forces of Ukraine, who said that they show “the 92nd Brigade destroying a Russian supply truck.”

The images were also relayed by the Chernihiv Regional Territorial Center for Recruitment and Social Support.

We contacted the Strategic Communications Department of the Armed Forces of Ukraine for further comment, as well as the Russian Ministry of Defense, but haven’t received a reply at the time of writing.

President Joe Biden announced that the US will increase its military forces across Europe.

President Putin said: “If Finland and Sweden wish to, they can join. That’s up to them. They can join whatever they want.”

But he added: “If military contingents and military infrastructure were deployed there, we would be obliged to respond symmetrically and raise the same threats for those territories where threats have arisen for us.”

The Russian strike on a shopping mall in the central Ukrainian city of Kremenchuk has been described by Ukrainian President Volodymyr Zelenskyy as one of the “most brazen terrorist acts in European history.” Over 1,000 people are said to have been inside the building when it was hit by missiles. Eighteen people have so far been confirmed dead.