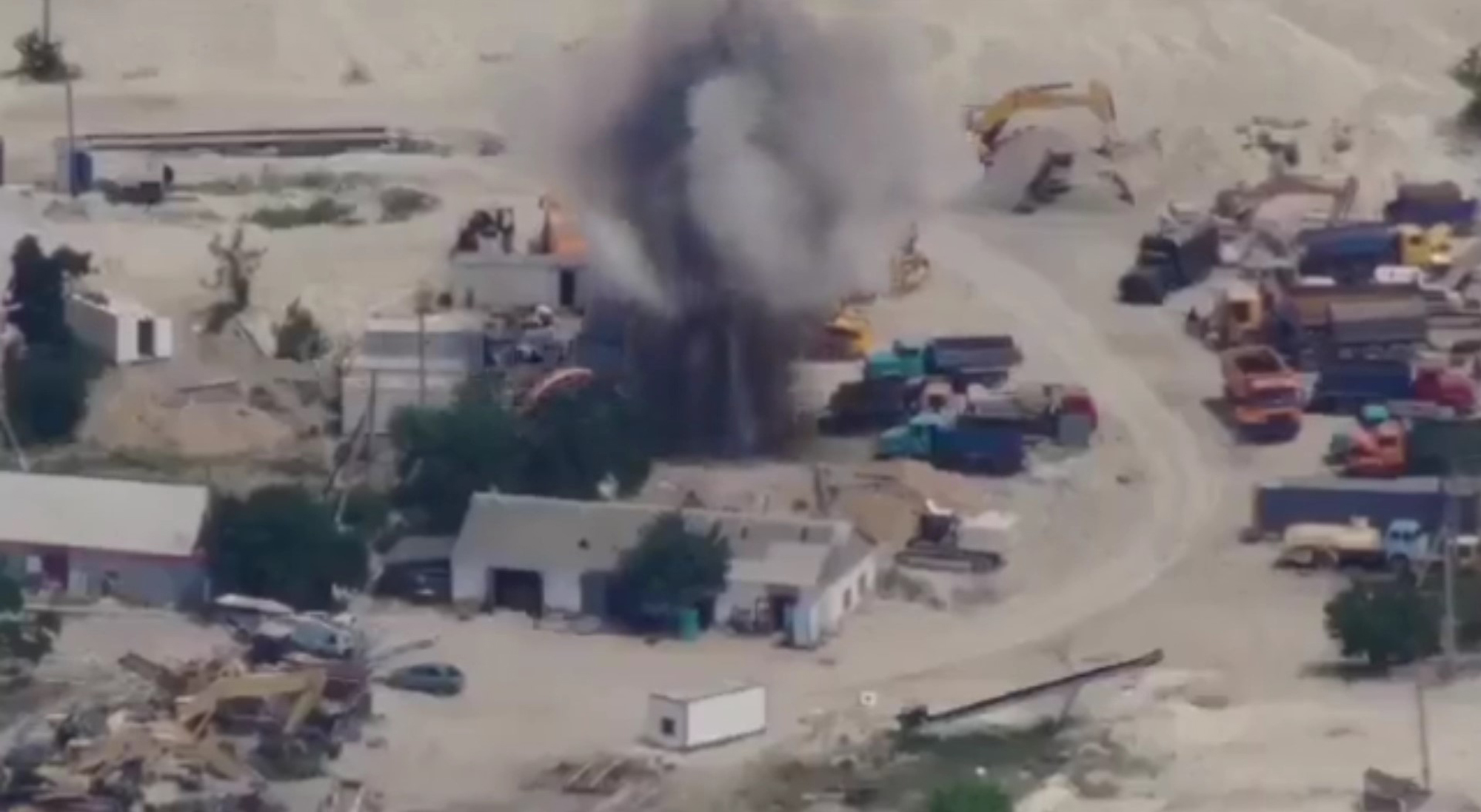 The M777 howitzer destroys the headquarters and warehouse of the Russians. (AFU StratCom/Zenger)

Ukrainian troops blitz a Russian base and reportedly destroy their headquarters, a warehouse and armored vehicles, as can be seen in this footage.

The Ukrainian military said they used British-made M777 howitzers to destroy the Russian base.

Manufactured by the Global Combat Systems division of BAE Systems, the M777 is used by the ground forces of Australia, Canada, India, Saudi Arabia, Ukraine, and the United States.

We contacted the Ukrainian Center for Strategic Communications for further comment, as well as the Russian Defense Ministry, but haven’t received a reply at the time of writing.

Russia invaded Ukraine on February 24 in what the Kremlin is calling a “special military operation.” June 30 marks the 127th day of the invasion.

Russian President Vladimir Putin said: “If Finland and Sweden wish to, they can join. That’s up to them. They can join whatever they want.”

The Russian missile strike on a shopping mall in the central Ukrainian city of Kremenchuk has been described by President Zelenskyy as one of the “most brazen terrorist acts in European history.” Over 1,000 people are said to have been inside the building when it was hit by missiles. Eighteen people have so far been confirmed dead.

«Previous Post
Russia Shows Off Multiple Rocket Launcher Vehicle That Can Shoot Thermobaric Warheads»Next Post
Recycled Confusion: Most Adults Unaware Of What Can And Can’t Be Recycled