Local politicians want to cut it down as its roots are apparently causing structural damage to nearby houses. 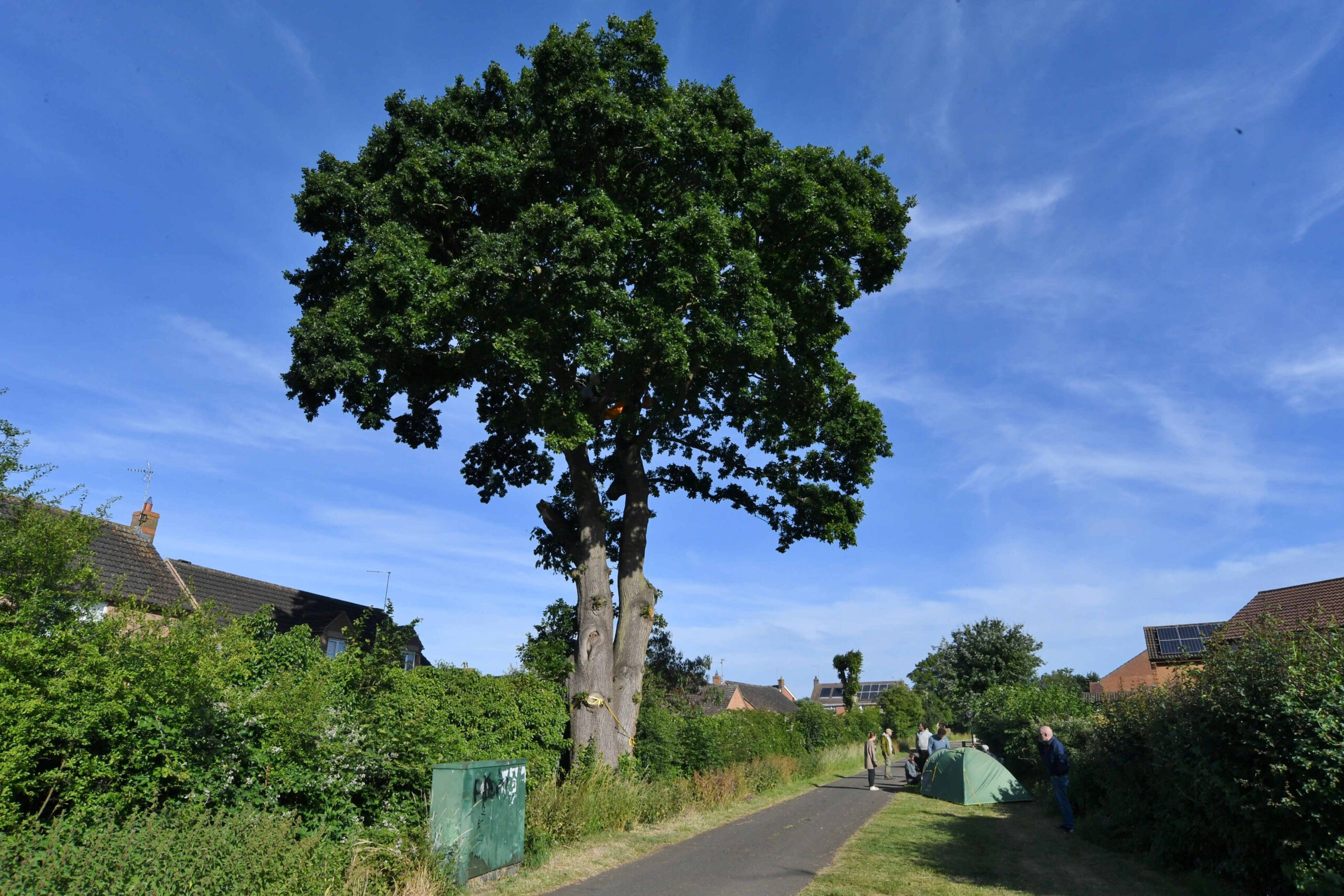 An Extinction Rebellion activist has halted the felling of a 600-year-old oak tree. (Ben Turner, SWNS/Zenger)

An Extinction Rebellion (XR) activist has halted the felling of a 600-year-old oak tree – by camping 50 feet high in a hammock.

The tree, which is the last remnants of an ancient wood that stood near Peterborough, Cambridgeshire, central England, was due to be felled on Wednesday, June 29.

Local politicians want to cut it down as its roots are apparently causing structural damage to nearby houses.

But an XR protester has foiled their plans by climbing up the tree and vowing to stay there “as long as necessary.”

The activist, who has been in the tree for two days, is refusing to come down and a government council spokesperson said that tree surgeons cannot operate until he moves.

His protest comes after a last-ditch legal battle to save the tree failed.

On Tuesday, June 28, a county court judge dismissed an injunction served by activists to stop the council from felling the tree.

A council spokesperson said today: “The fencing has gone up to seal the area around the tree.

“The council intends to fell the tree today [Wednesday] but whether it happens is not certain.

“The protester is still in the tree.”

The spokesperson said the “powers that be” would resolve the situation and added there was currently a lot of “standing around and waiting.”

Extinction Rebellion members are supporting the protester, who has been sleeping in a hammock in the tree, by passing him food and drink via a rope system.

XR activist Anna Bunten, 46, said: “He’s hoping to stay there as long as necessary. He’s motivated to save this tree.”

Councillor Nigel Simons, a Conservative cabinet member for Peterborough City Council, has urged protesters to “think before doing anything illegal.”

Simons said: “We will be going ahead with the felling and ask those at the scene to respect our decision– we especially ask that they do not put themselves in danger and to think carefully before doing anything illegal.”

He added that it was a “difficult decision” to fell the tree.

Simons said: “We understand the point of view of some residents, it is a beautiful tree and we would not be doing this if we did not have to.

“All options to save the tree could have cost the council hundreds of thousands of pounds in repairs and legal fees.

“This would have meant we had no money to plant additional trees in our city or maintain our existing tree stock.”

Last year, residents on Blind Lane, Peterborough carried out 24-hour watches on the tree after it was at risk of being felled.

Richard Elmer, a local who helped monitor the tree, said it was the last remaining tree on the street.

Elmer said: “Blind Lane has been decimated. If you look at the photographs of Blind Lane in 2011, you will see what we’ve lost.

“It’s gone from Center Parcs to a warzone. Enough is enough.

“This is the last remaining tree and this council now – in this environmentally-aware world that we live in – describe this ancient tree as a ‘nuisance’ and want to fell it as a precaution.

“If you said that any tree, near any house, could potentially create damage, you’re going to fell thousands of trees across the country.”