According to the Russian MoD, this attack was carried out by members of the Western Military District.
By Lee Bullen July 1, 2022
Facebook
Twitter
Linkedin
Email 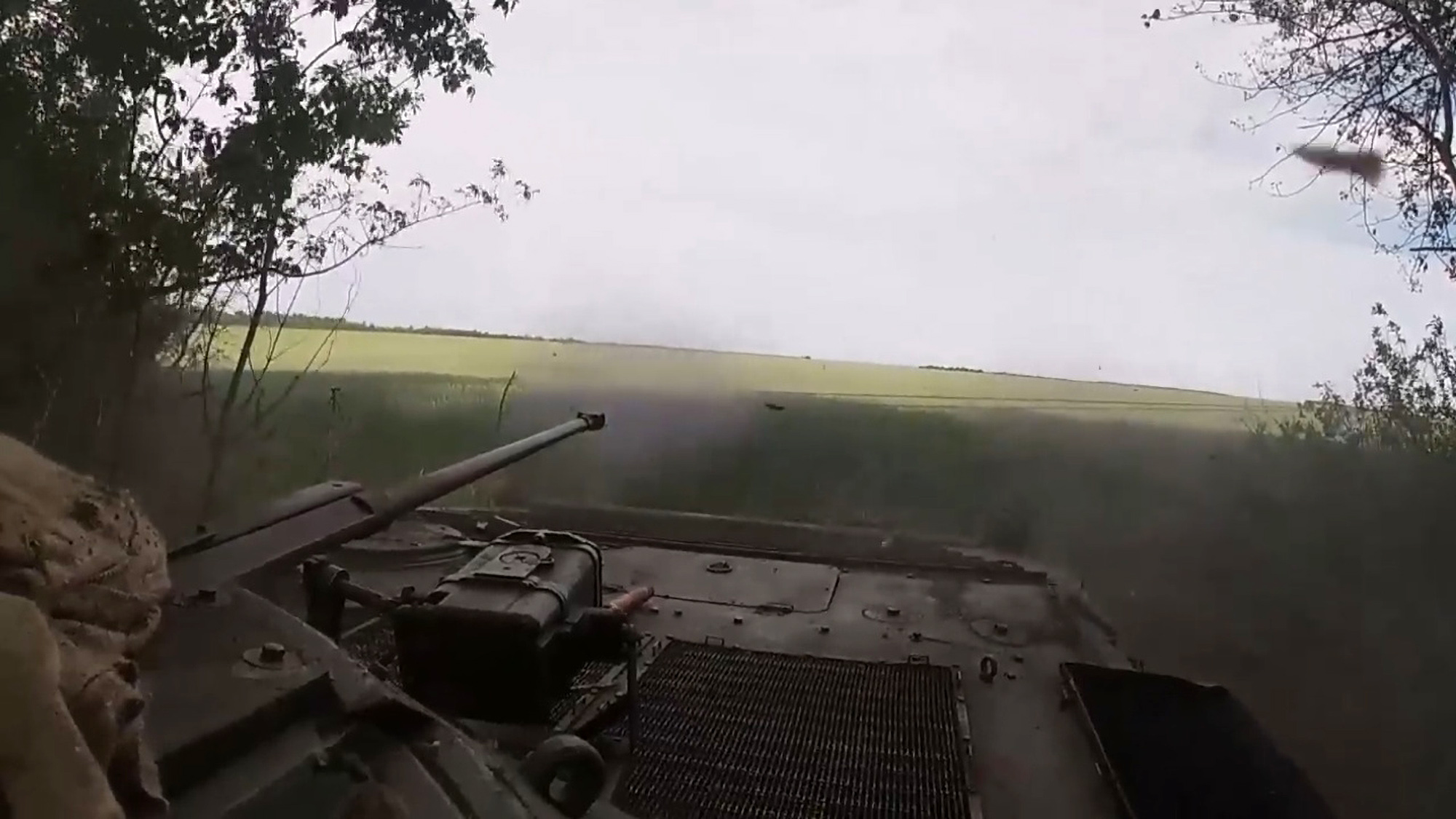 The Russian Defense Ministry published footage of the strike on the positions of the Armed Forces of Ukraine by motorized rifles of the Western Military District. (Ministry of Defense of Russia/Zenger)

The Russian Ministry of Defense (MoD) claimed the offensive was carried out by members of the Western Military District, one of the five military districts of the Russian Armed Forces.

The Russian division allegedly used tanks and small arms to beat back the Ukrainian positions.

The MoD claimed on Wednesday, June 29: “Combat action by a motorized rifle unit of the Western Military District.

“The motorized rifle company of a battalion-tactical group took up a new line after an offensive and opened fire on positions of AFU [Armed Forces of Ukraine] units using tanks, infantry fighting vehicles, and small arms.

“The motorized company struck the identified enemy positions identified during a battle with artillery and mortars.”

Russia invaded Ukraine on February 24 in what the Kremlin still calls a “special military operation.” Today marks the 126th day of the invasion.

Turkey has agreed to support Finland and Sweden’s NATO membership after initially opposing the countries’ bids to join the military alliance.

The Russian bombing of a shopping mall in the central Ukrainian city of Kremenchuk has been described by President Zelenskyy as one of the “most brazen terrorist acts in European history.” Over 1,000 people are said to have been inside the building when it was hit by missiles.

Ukrainian President Volodymyr Zelenskyy has urged the United Nations to visit the site and demanded that Russia be expelled as a permanent member of the UN Security Council, accusing the country of becoming a “terrorist state.”