The video was obtained from the People's Militia of the so-called Donetsk People's Republic.
By Joseph Golder July 1, 2022
Facebook
Twitter
Linkedin
Email 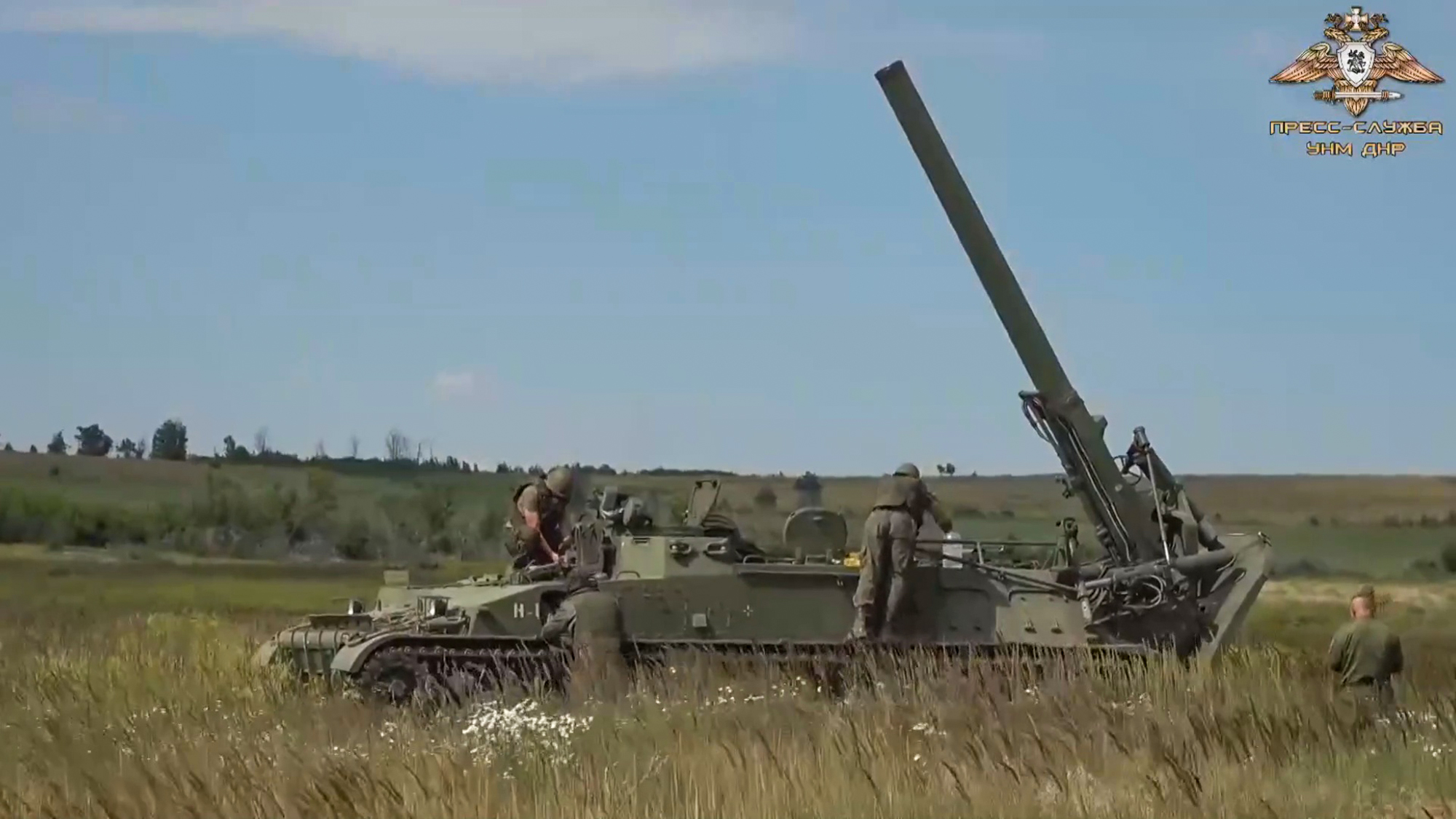 Combat training of artillerymen of the People's Militia on self-propelled 'Tyulpan' heavy mortars. (Press Service of the UNM DPR/Zenger)

These images allegedly show fresh recruits for a pro-Russia separatist region in Ukraine training on a self-propelled heavy mortar vehicle in eastern Ukraine.

The footage was obtained from the People’s Militia of the pro-Russia, so-called Donetsk People’s Republic (DPR) on Wednesday, June 29, with the DPR claiming that it shows the “combat training of artillerymen.”

The so-called DPR claimed in a statement: “Self-propelled ‘Tyulpan’ mortars are one of the most formidable artillery systems in service with the People’s Militia of the DPR. Right in between the performance of combat missions, the mobilized servicemen of the [People’ Militia of the] DPR improve their skills in handling these powerful machines.”

An unnamed spokesman for the DPR claimed: “We are at one of the training grounds of the Republic of the DPR, here the mobilized guys, who a few months ago were ordinary civilians, are being trained in the operation of heavy Tyulpan mortars with a caliber of 249 mm. This machine works in the Avdiivka direction and performs the tasks of destroying the targets of the Ukrainian artillery.”

And an unnamed soldier claimed: “We received Tyulpan products for service, this is a self-propelled mortar, the guys study around the clock, combat training and combat use. They worked early in the morning, returned to their destination, where they are based and continue to improve their level in military qualifications.”

The 2S4 Tyulpan is a self-propelled heavy mortar vehicle initially designed by the Soviet Union.

Russia invaded Ukraine on February 24 in what the Kremlin still calls a “special military operation.” Today marks the 126th day of the invasion.

Turkey has agreed to support Finland and Sweden’s NATO membership after initially opposing the countries’ bids to join the military alliance.

The Russian strike on a shopping mall in the central Ukrainian city of Kremenchuk has been described by Ukrainian President Volodymyr Zelenskyy as one of the “most brazen terrorist acts in European history.” Over 1,000 people are said to have been inside the building when missiles hit it.

Zelenskyy has urged the United Nations to visit the site and demanded that Russia be expelled as a permanent member of the UN Security Council, accusing the country of becoming a “terrorist state.”