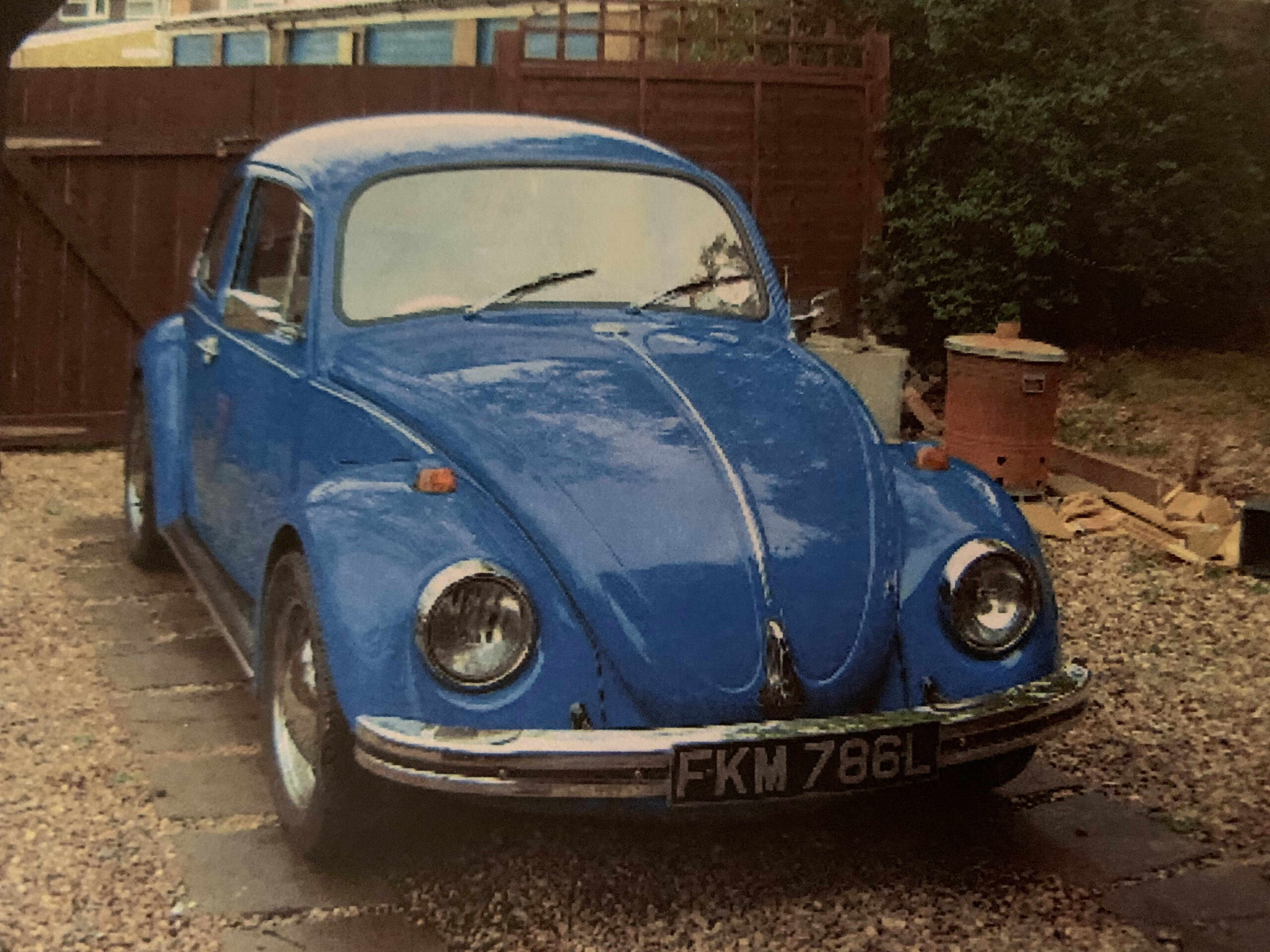 Ross Nicholson, 27, bought a 1972 Beetle for $2,400 on Facebook Marketplace and painstakingly tracked down authentic accessories to make it resemble the cult race car from the iconic Disney movie.

Film buff Ross said going out in Herbie sparks a wave of affection from other drivers, including fellow VW geeks who flash their lights at him.

He often sees parents telling their kids about the car, and said it has taken a bit of getting used to.

Other film props which Ross has replicated include a 6.5-foot Terminator, which took six months to make in his garage in the village of Gorebridge, in Midlothian, in Scotland, in the United Kingdom.

Royal Mail worker Ross spent $600 on transporting Herbie up from London, another $240 on vinyl stickers to go on the white paintwork, $360 on a new carpet, and used his own skills along with a friend to give the engine some TLC.

He spent $240 on a race stick-shift which is a replica of the original used in Herbie, made by American firm GMPI, and $120 on making the wheels look identical, using stickers to recreate Goodyear GT Radials, which are so old they are no longer produced.

And he plans to save up for a 2.5-liter ‘cage engine’ to replace the 1300cc one which came with the Beetle – which now is identical to the Love Bug in the 1963 Disney film.

Ross said: “When I got it the body had been painted white, the car was originally blue.

“It was partially renovated, the previous owners had it completely redone.

“When I got it, the seats inside were for a Porsche.

“I got a new carpet, a new gearstick, the stripes were huge vinyl stickers.

“Cosmetically all the work is done now but I would like to replace the engine.

“It looks pretty good now, Herbie is fun to go out in, when people see him they always smile.

“I went out with a pal in the car and everyone was waving and he was saying ‘it will take a bit of getting used to’.

“I make props from my favorite films but Herbie has been constant, every day.

“It needed a substantial amount of engine work but I did that with a friend, I’ve had a lot of modified cars.”

Since 2017 Ross has been making props for fun, including a remote control from Back to the Future which lights up, and a gun from Alien.

He made an initiation pistol from Robocop, and either sells them or finds they are in demand from friends.

He plans to take Herbie to car rallies this summer.

Ross added: “We’ve been doing a lot of car shows with it.

I drive it into work a couple of times a week and to my parents.’

“It’s 50 years old and I had never driven anything that old myself, I remember being nervous to drive it at first.

“I thought it would be old and rickety.

“It’s exempt from road tax and MOT because of its age.

“If you are out in a Beetle and you see someone else driving an old VW they always flash their lights and wave.

«Previous Post
Fangs A Lot: Vampire Slaying Kit From 1800s Goes To Auction»Next Post
A Little Help From Their Friends: Over Half Of Americans Want To See Friends Four Times A Month