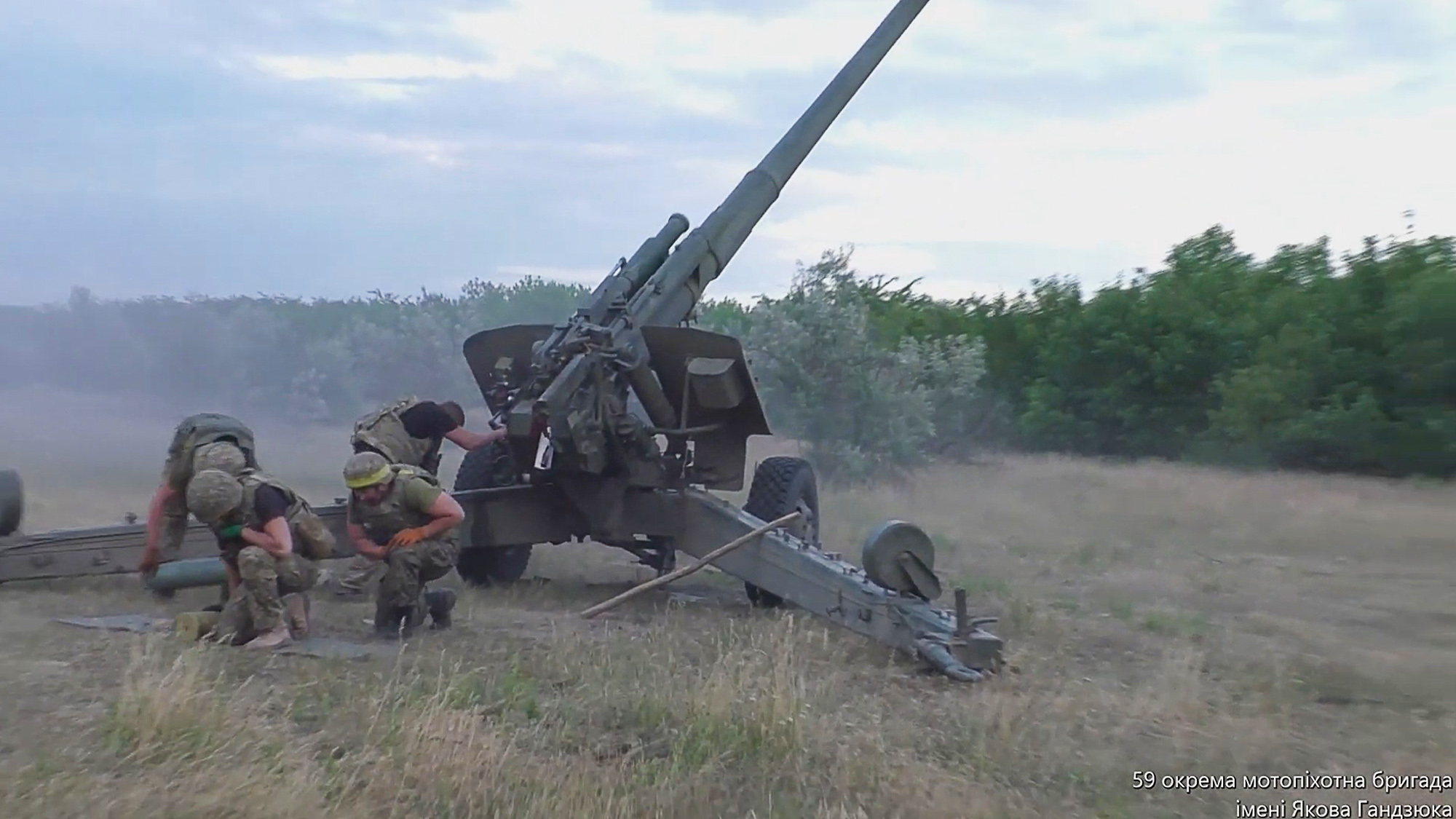 Artilleryman of the 59th Brigade destroyed the mortar section of their enemy with ammunition.(@59ompbr.com.ua/Zenger)

This is the moment Ukrainian soldiers bomb Russian targets with a powerful howitzer.

The 59th Motorized Brigade, a formation of the Ukrainian Ground Forces named after Yakov Gandziuk, said they carried out their attack “perfectly.”

The Ukrainian brigade said on June 29: “Gunners of the 59th separate motorized infantry brigade named after Yakov Gandziuk did their job ‘perfectly’.”

In the footage, Ukrainian troops are seen using a powerful howitzer to blast Russian targets in a rural area.

The Russian strike on a shopping mall in the central Ukrainian city of Kremenchuk has been described by Ukrainian President Volodymyr Zelenskyy as one of the “most brazen terrorist acts in European history.” Over 1,000 people are said to have been inside the building when it was hit by missiles.